Each team ranked No. 7 or better in the previous installment of the College Football Playoff Top 25 took care of business in Week 12. Fourth-ranked Georgia picked up a quality road win over then-No. 12 Auburn, while the other six combined for an average margin of victory of 35 points over unranked foes.

As a result, those top seven spots are the exact same as they were seven days ago.

But had the selection committee decided to swap Georgia and Clemson at Nos. 3 and 4, it would have been justifiable, albeit controversial.

You should be allowed one misstep when you're traveling the much more treacherous path to the mountain's summit. But it's also almost completely irrelevant in the grand scheme of the playoff picture.

If Georgia loses to LSU in the SEC championship game, it will not finish in the Top Four. Alternatively, if Georgia beats LSU, it's going to bypass Clemson in the end anyway.

And if Clemson wins out, it's going to make the playoff. That has been a fact since late September when California became the last Pac-12 team to suffer a loss, eliminating the possibility of five undefeated Power Five champions.

The committee decided to keep the status quo, though, perhaps to the chagrin of Clemson head coach Dabo Swinney. No one loves to play that underdog card quite as much as Swinney does, and dropping the undefeated Tigers behind a one-loss SEC team—right after annihilating their sixth consecutive foe by a score of at least 45 to no more than 14—would been all the fuel he needed to stoke that "nobody believes in us" fire.

Here are a few other takeaways from the CFP selection committee's latest Top 25 rankings.

The Sooners aren't exactly impressing anyone with their margins of victory lately. They were a failed two-point conversion away from blowing a 21-point fourth-quarter lead at home against Iowa State, and this past Saturday they had to storm back from a 28-3 deficit to knock off Baylor.

In the 45 minutes from the start of the fourth quarter against Iowa State until halftime against Baylor, Oklahoma was outscored 51-10.

Despite those struggles, the Sooners ultimately won both games and are gradually starting to recover from the loss to Kansas State, even though the Wildcats have since lost back-to-back games to Texas and West Virginia to make Oklahoma's only L look that much uglier. Between the road win over previously undefeated Baylor and the loss by previously undefeated Minnesota, the Sooners were able to climb one spot to No. 9 in this week's CFP Top 25.

Either Penn State or Ohio State will lose to the other this week. Oregon or Utah will eventually lose in the Pac-12 championship, and as we'll discuss shortly, even the winner's resume won't be anything special. Georgia is projected to acquire its second loss in the SEC final. And Alabama's resume takes a hit because it likely won't even play for a conference title.

Nail-biters or not, if Oklahoma keeps winning, it's going to keep climbing, possibly all the way to No. 4 by the time the rankings actually matter.

Oregon and Utah just keep winning. The Utes have reeled off six straight, and the Ducks have not faltered since blowing that 21-6 second-half lead in the season opener against Auburn.

Not only are they both winning, but they are often doing it with defensive aplomb. Following blowouts of Arizona and UCLA in Week 12, respectively, they have now held their opponent to seven points or fewer a combined 11 times in 20 games.

Utah's remaining schedule consists of 4-6 Arizona and 4-6 Colorado. Oregon's path against 5-5 Arizona State and 5-5 Oregon State isn't much more difficult. Thus, all signs continue to point to an 11-1 showdown for the Pac-12 title.

Will that be enough, though?

The Utes are holding steady at No. 7 in the rankings, but their best win of the season was a 33-28 comeback victory over 6-4 Washington. Elite defense is just about the only thing separating them from the likes of one-loss Cincinnati and Appalachian State, and it's hard to understand how they were previously ranked ahead of undefeated Minnesota and Baylor. Even if the Utes beat Oregon, questions will abound about this resume.

No. 6 Oregon has a stronger case with a similarly close win over Washington (35-31) and a comfortable road win over new No. 23 USC (56-24), but we're still talking about a schedule otherwise devoid of victories over current Top 25 opponents. Even if the Ducks score a convincing victory over Utah in three weeks, their overall argument for inclusion isn't great.

Common sense and selection committee ranking criteria would suggest that a 12-1 Pac-12 champion deserves to be ranked ahead of an 11-2 SEC runner-up, but couldn't the committee make a case to keep Georgia ahead of Oregon due to its collection of wins over Notre Dame, Florida, Auburn and Texas A&M*? (*A projected Week 13 victory, which followed by a loss to LSU in the SEC championship game, gives us an 11-2 Georgia.)

Would it change your answer if we assume Utah loses one of its two remaining regular-season games, meaning Oregon instead faces USC in the Pac-12 championship and thus winds up without a single Top 25 win—since the Ducks would presumably knock the barely-ranked Trojans out?

Oregon and Utah are so close to the Top Four that they can almost taste it, but there might be something of a glass ceiling in their way, even if Pac-12 proceedings play out as well as possible the rest of the way.

One-loss power-conference teams have dominated the "who gets the No. 4 seed?" discussion for weeks, but it's hard to imagine the newest one-loss teams getting back into the mix.

Baylor, in particular, is as good as dead. The Bears only dropped one spot to No. 14 after letting that Oklahoma game slip away, but it's too late in the season to make up that much ground on the rest of the field.

Perhaps they could pull off that miracle if they had Texas A&M's remaining schedule—at No. 4 Georgia, at No. 1 LSU—but a home game against Texas and a road game against Kansas won't be enough to make that Big 12 title game rematch with Oklahoma matter.

These things happen when your nonconference schedule consists of Stephen F. Austin, Texas-San Antonio and Rice.

Minnesota at least still has a prayer.

The Golden Gophers dropped two spots from No. 8 to No. 10 following the 23-19 road loss to Iowa. But at least it wasn't the "oh my, that team has no business playing for a national championship" type of blowout loss at Iowa that Ohio State suffered around this time two years ago. If Minnesota rallies with a home win over Wisconsin and a neutral-site win over the Buckeyes or Nittany Lions to secure the Big Ten title, there's still a case to be made that it is a deserving contender.

The Gophers need some help, though, because if Clemson, Oregon and Oklahoma go a combined 8-0 the rest of the way, Minnesota will likely finish behind all three of those teams and the SEC champion. (Possibly the SEC runner-up, too.)

Then again, 3.5 percent is a whole heck of a lot better than the preseason odds anyone would have placed on us using "row the boat" and "playoff" in the same sentence at this point in the year. 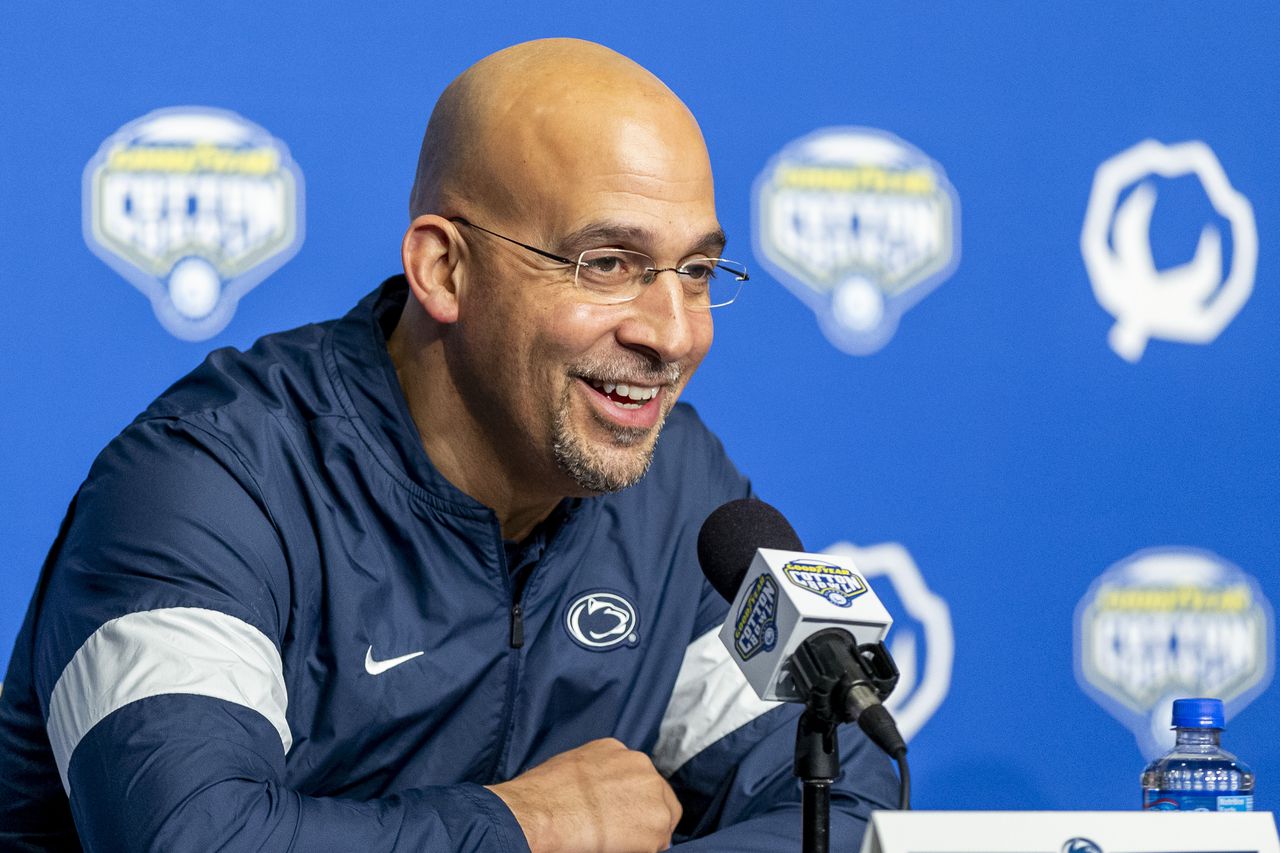