Brooklyn Nets guard Spencer Dinwiddie reportedly could face NBA discipline if he moves forward with his plan to convert his $34.4 million contract into a digital token.

According to Shams Charania of The Athletic, the league is attempting to work with Dinwiddie and "find common ground," but if Dinwiddie goes through with his plan without league approval, he could be subject to contract termination, fines or suspension without pay.

Marc Stein of the New York Times reported in September that the NBA rejected Dinwiddie's proposal because the collective bargaining agreement states "no player shall assign or otherwise transfer to any third party his right to receive compensation from the team under his uniform player contract."

Charania explained Dinwiddie's plan in September and noted that his goal is to get others to invest in his on-court performance. If Dinwiddie were to decline his $12.3 million option for the 2021-22 season and land a bigger contract, both he and his investors would benefit.

As part of Dinwiddie's plan, he would give up some of his future earnings in exchange for a lump sum payment.

According to Charania, Dinwiddie still plans to move forward with his investment platform since he reportedly believes "the NBA's lack of approval is baseless."

The 26-year-old Dinwiddie signed a three-year, $34.4 million contract with the Nets last year, per Spotrac. He is set to earn $10.6 million this campaign and $11.5 million in 2020-21 before he has to make a decision on his player option. 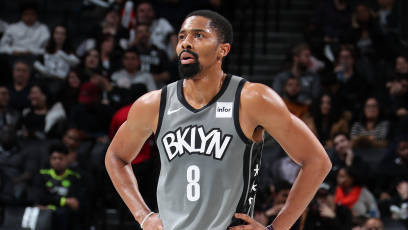 Last season, Dinwiddie enjoyed a career year with the Nets, as he averaged 16.8 points, 4.6 assists and 2.4 rebounds in 28.1 minutes per game.

Although he is playing less this season (26.9 minutes per contest), Dinwiddie has been even more productive with averages of 18.5 points, 4.8 assists and 2.4 rebounds. Early indications are that he will be a contender for the Sixth Man of the Year award after finishing fourth last season.

With six-time All-Star guard Kyrie Irving nursing a shoulder injury and Kevin Durant likely to miss the 2019-20 season while healing from a torn Achilles, Dinwiddie stands to have an impressive stat line at the conclusion of the campaign provided he remains healthy.

The arrow appears to be pointing up for Dinwiddie, and given the fact that he is a fast-rising commodity, his desire to bet on himself makes sense.