The Boston Celtics' winning streak reached double digits as victory No. 10 came against the host Golden State Warriors 105-100 on Friday at Chase Center in San Francisco.

This win did not come easy, as the Celtics fell behind 21-8 midway through the first quarter.

They bounced back and took a 52-51 halftime lead, but the Warriors hung around and even led 97-92 following a Willie Cauley-Stein alley-oop layup with 2:37 left.

But the C's were too strong down the stretch, going on a 11-0 run that included five points from Kemba Walker and four from Jayson Tatum.

Glenn Robinson III hit a three-pointer with 4.6 seconds left to bring the Warriors within 103-100, but Walker sealed the game with two free throws.

Four Celtics scored 15 or more points, led by Tatum's 24. Jaylen Brown added 22 on 9-of-17 shooting. Alec Burks led the Warriors with 20 points off the bench.

Golden State was forced to go much of the second half without D'Angelo Russell, who suffered a sprained right thumb and did not return. He scored 12 points in 25 minutes before exiting in the third quarter.

The winning streak marks the Celtics' longest since they took 16 straight in the 2017-18 campaign. Boston made the Eastern Conference Finals that year. 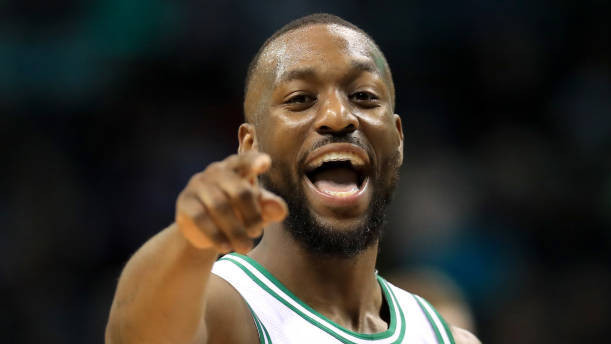 The beginning of the game couldn't have gone much worse for the C's, who fell behind 21-8 following a Russell three-pointer. He had outscored Boston 9-8 at that point, and it became apparent that a 10th straight win wouldn't come easy.

Celtics head coach Brad Stevens put it simply when interviewed on the ESPN broadcast, saying Boston "didn't play like a team" for the first six minutes.

To the Celtics' credit, they started doing so and chipped away at the lead. Eventually, they used a 14-3 second-quarter run to take a one-point halftime edge.

But they needed to dig deep down the stretch.

Walker started the game-closing rally with a clutch three-pointer:

Yet another big time shot from @KembaWalker https://t.co/sYKOOU9XiX

Daniel Theis then hit a free throw before pulling off one of the better tips you'll ever see off a jump ball, tapping the rock to Tatum for a breakaway dunk:

After a Tatum pull-up jumper and two empty Warriors possessions, Walker calmly hit a mid-range jumper to give his team a two-possession advantage:

The Celtics offense came to life down the stretch to catapult the team to victory, but the defense was the catalyst.

Boston allowed only 48 points from the 5:00 mark of the first quarter to the end of the third. The floodgates opened in the fourth, but the Warriors went just 1-of-6 from the field with a turnover following the Cauley-Stein layup.

The C's needed to play great team basketball on a night in which they shot just 40.7 percent from the field, and they did so, with each rotation member playing a key part.

Walker, Tatum and Theis were the heroes down the stretch, but Brown hit back-to-back threes to turn a 68-67 edge into a 74-67 lead.

Marcus Smart knocked down five three-pointers, and Enes Kanter filled in admirably at center off the bench with four points, five boards and two blocks against the Warriors' smaller front line.

The Celtics found a way to survive Friday sans Gordon Hayward, who will be out for six weeks with a broken left hand. But the schedule will get much harder soon. They'll be facing the Phoenix Suns (7-4), Los Angeles Clippers (7-5)—presumably with Kawhi Leonard and Paul George on the floor together—and Denver Nuggets (8-3) on the road.

They can't afford to give up 133 points in a game—as they did against the Washington Wizards on Wednesday—or fall behind 21-8 to start against much better competition.

However, they have defied expectations all season en route to their league-best mark, and if they play as a team as Stevens wants, then they could continue their dominance for the remainder of the road trip.

The Warriors will face the New Orleans Pelicans at 7 p.m. ET at the Smoothie King Center.

The C's will continue their five-game Western Conference road swing at 3:30 p.m. against the Sacramento Kings in Golden 1 Center.