Brooklyn Nets guard Caris LeVert is expected to miss several weeks as he recovers from surgery to repair ligament damage in his right thumb, according to Shams Charania of The Athletic and Stadium.

ESPN's Adrian Wojnarowski reported that the recovery timeline would be 4-6 weeks.

It's a tough blow for a Nets team that has gotten off to a slow 4-6 start. LeVert is the team's third-leading scorer at 16.8 points per game on 42.1 percent shooting overall and 36.1 percent from three-point range, and he's chipping in 5.0 rebounds and 4.0 assists in 31.6 minutes.

Injuries have unfortunately plagued LeVert throughout his basketball career. A foot injury cost him half of his junior season at Michigan, while another foot injury ended his senior season the following March. Before his NBA career even began, he had undergone three separate surgeries on his left foot.

Nonetheless, the Nets traded up to select him with the No. 20 overall pick in the 2016 NBA draft. He missed a chunk of his rookie season to recover from his foot injury, although he was still able to make 57 appearances.

He was largely healthy for the 2017-18 season, during which he averaged 12.1 points, 4.2 assists and 3.7 rebounds across 71 games. However, he suffered a subtalar dislocation of his right foot last November, which limited him to only 40 regular-season games.

Really feel for LeVert. Two straight years with a major injury. Hopefully he eventually shakes them, because he's got a ton of talent. https://t.co/EhfVtsAxF1 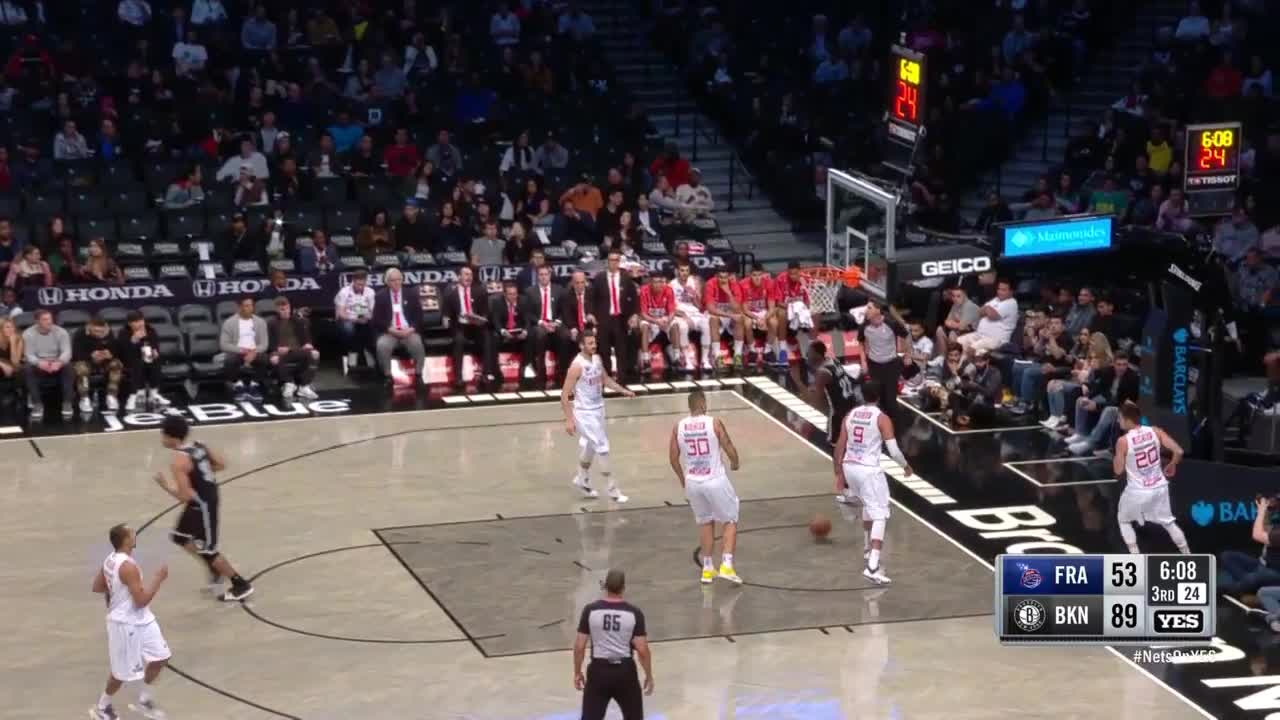 The Caris LeVert injury history is a big reason why I won’t question him taking $53M guaranteed this summer. Could he have gotten a 4/80M Malcolm Brogdon type contract? Maybe but that would have required him to stay healthy- something he hasn’t proven in 4 years he can do.

Upon his return in February, he helped lead the Nets to their first postseason appearance since the 2014-15 season. That revitalization under general manager Sean Marks and head coach Kenny Atkinson helped attract Kyrie Irving and Kevin Durant in free agency this summer, making the Nets one of the NBA's most intriguing teams going forward.

While Durant is recovering from a ruptured Achilles, the new-look Nets were expected to still be a threat in the Eastern Conference behind Irving, LeVert, Spencer Dinwiddie, Joe Harris, Jarrett Allen and DeAndre Jordan.

They are still ironing out the rough patches, and the temporary loss of LeVert won't help.