Real Madrid picked up their second win of the 2019-20 UEFA Champions League on Wednesday, easily beating Galatasaray 6-0 at home. Rodrygo bagged a hat-trick, Karim Benzema scored two goals and Sergio Ramos also got on the scoresheet.

Four goals were scored in the first half in perhaps the best half of football Los Blancos have played all season. Rodrygo bagged his first and second goals in the competition inside the first eight minutes before Ramos converted a penalty. Benzema scored on either side of half-time before Rodrygo put the final score on the board.

Real had a perfect start to the match and took an early two-goal lead thanks to the 18-year-old Rodrygo.

His first goal came after a great cross from Marcelo and dreadful defending from Galatasaray that left him wide open in the box. After taking a touch, he cut inside before blasting home.

Just three minutes later, the forward was on point again. Marcelo delivered another excellent cross, and this time, the Brazilian used his head to score.

AS English's Robbie Dunne is ready for the hype surrounding Rodrygo to take off:

Hype was in overdrive already over Rodrygo. About to go supernova after this.

He could have had a hat-trick inside of 15 minutes, but Los Blancos captain Ramos decided otherwise. After Toni Kroos won a penalty, the defender did not allow Rodrygo to take the spot-kick and instead converted it himself.

Give the young lad the penalty for the hat-trick!

Goalkeeper Thibaut Courtois was called into action for the first time shortly after, tipping a Mario Lemina shot over the crossbar.

The Turks had little to offer in the first half, and Real played some of their best football of the season so far. Casemiro had a goal ruled out for offside after 39 minutes, and then Benzema bagged his first goal of the European campaign.

The Frenchman made some history in the process:

The only negative for Los Blancos in the first half was an early substitution of left-back Marcelo, who didn't last until half-time.

Real remained in control after the break. Benzema could have added a second goal after a good cross from Dani Carvajal, but he fired over. The forward also placed a header wide.

Galatasaray barely threatened Courtois, who had to be alert when a free-kick from Sofiane Feghouli made it through the pack without a touch. His positioning was on point, however, and Raphael Varane cleared the ball.

Los Blancos created far less danger after the break, but there was no need to attack with a four-goal lead.  Kroos had a good look but couldn't beat Fernando Muslera, and Isco also found the keeper in his way.

Muslera was determined not to concede a fifth goal and made a strong save to keep out a Benzema shot, but he could do nothing when the 31-year-old popped up in front of the net with under 10 minutes left to play. By turning home the Carvajal cross, he joined an elite club:

And there was time for one more goal. A quick one-two between Rodrygo and Benzema gave the former a chance to complete his hat-trick, and the youngster didn't miss.

Real visit Eibar in La Liga on Saturday. Galatasaray will also be in action on Saturday when they face Gaziantep in the Turkish Super Lig. 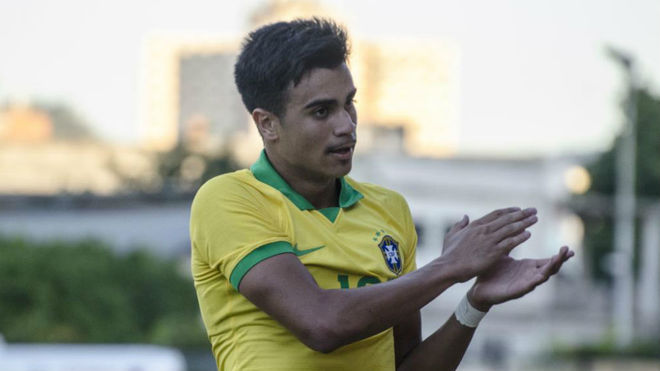