The most-talked about moment from the Washington Nationals' visit to the White House also caught catcher Kurt Suzuki by surprise.

Speaking to TMZ Sports, Suzuki said he wasn't expecting President Donald Trump to hug him while he was at the microphone during the ceremony.

Despite the moment catching Suzuki off guard, the 36-year-old was in good spirits and noted the team "had a good time" in Washington, D.C. to celebrate their World Series win over the Houston Astros with Trump.

In addition to the moment with Suzuki, Trump was also presented with a No. 45 Nationals jersey by Ryan Zimmerman.

Washington's seven-game victory in the Fall Classic marked the franchise's first championship, as well as the first professional baseball title in the nation's capital since 1924.

How do these 2020 #Nats stack up against the competition? 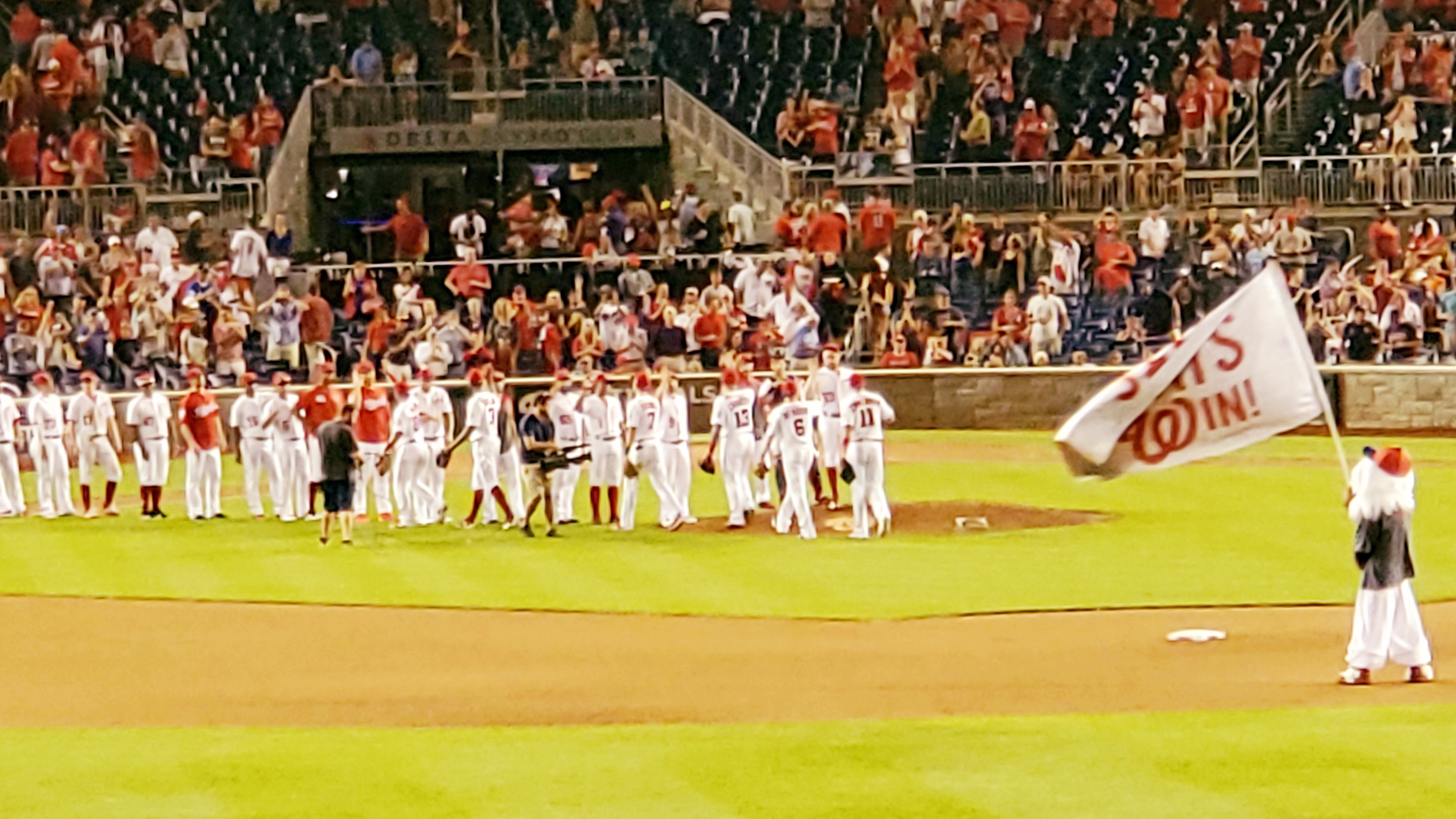 How do these 2020 #Nats stack up against the competition?