They figure they are witnessing the last days of history. Maybe Gerrit Cole returns to the Houston Astros next year, but even his teammates know the odds are, ahem, Astro-nomical against it. They know that he almost certainly will be pitching somewhere else on the other side of this winter's free-agent paydirt.

So they live his brilliance one inning at a time. They soak in the dominance and revel in the euphoria that now accompanies each of his starts. They hope they can squeeze another World Series title out of this window before he departs and leaves them a ring to remember him by.

Next up, Gerrit Cole does Broadway. It is October, and he will start the pivotal Game 3 of this American League Championship Series on Tuesday afternoon in Yankee Stadium. The Astros couldn't be more certain that, once again, they have the right man on the right mound at the right time.

"When you have Gerrit Cole on the mound, we win," Houston manager A.J. Hinch says. "We have. We've kind of proven that.

"And when he's as dominant as he's been, as prepared as we know he is, it's just an exciting time for our team."

As reliever Joe Smith said following Sunday night's electric 3-2, 11-inning win to even this ALCS at one game apiece, "Going to New York for Game 3 is going to be tough, but we've got Gerrit on the mound and we always feel good about that."

They believe in Cole the way the rest of us believe in TGIF and paydays. And he regularly rewards them for that belief. Not only was he 20-5 with an AL-leading 2.50 ERA during the regular season, but he also went 2-0 with a 0.57 ERA in the division series against the Tampa Bay Rays.

Since May 27, Cole is 18-0 with a 1.66 ERA. He annihilated the Rays in the two division series starts, facing 54 batters and striking out 25 while scattering six hits and surrendering one measly run.

"I'm trying to take [each start] one at a time, really," Cole says. "I enjoy each one for what it is and move on to the next one."

Yankees manager Aaron Boone had a chance to watch Cole's eight-inning Game 5 masterpiece because he had a little downtime after his club steamrolled Minnesota. And what Boone saw took him aback.

"I was thinking, he looked like he aged out or something," Boone said. "Like, check his birth certificate. He's like the kid still pitching in Little League that was a little too good for Little League, you know?"

Boone is not alone. Across MLB this summer, increasingly, the favorite parlor game was: Name Gerrit Cole's Price. The buzz even permeated the Astros' own clubhouse.

"All the time," outfielder Josh Reddick says. "All the time. I think everybody's looking at that across baseball. [Bryce] Harper money? [Manny] Machado money? It's going to be interesting.

"Hopefully he's out of our division."

Gerrit Cole struck out 25 batters and gave up one run in 15 2/3 innings in two wins over the Rays in the American League Division Series.Bob Levey/Getty Images

Reddick isn't alone among the Astros who catch themselves sometimes speaking of Cole in past tense.

"I love playing with Gerrit," outfielder George Springer says. "We'll see what happens, but it's been an honor to play with him.

"The way he competes on and off the field, the way he goes about it, is extremely professional. I love the guy."

Cole is poised for a record-setting deal for a starting pitcher, in all likelihood blowing past the seven-year, $217 million deal David Price signed with Boston in December 2015. Cole (29) is even younger now than Price was then, when he signed the deal entering his age-30 season. Also, Cole is on a historic run.

"I think he should make more," Reddick says. "That's not a knock on David, he's been a great pitcher for a long time. But you get paid on what you've done recently, and [Cole's] been leaps and bounds better than anyone else."

Cole has been hearing it all summer. "I think the All-Star Game was a good opportunity for a lot of people to voice their opinions," he quips regarding some of the more adept recruiters among his fellow All-Stars.

Of course, there always is the chance that the Astros extend themselves and re-sign him, though they almost certainly would have to cross the luxury tax threshold—something they've never done before—to do so.

Though Cole consistently declines to look beyond his next start, it's a poorly held secret among his current teammates that, as Reddick openly admits, "We know he wants to be a West Coast guy."

The Giants know the importance of starting pitching, having ridden Tim Lincecum, Matt Cain and Madison Bumgarner to three World Series titles earlier this decade. They also know the importance of box-office stars to attendance, having watched Barry Bonds fuel sellouts before that. Still, they may not have the inside track to get him.

That would belong to his hometown Los Angeles Angels, who have a desperate need for starting pitching, an ongoing frustration that they can't deliver Mike Trout into the playoffs and an emotional owner with a history of spending big when stymied (Vladimir Guerrero, Albert Pujols, Josh Hamilton, C.J. Wilson).

There will, of course, be other suitors. San Diego would love to lure a bona fide ace to give Fernando Tatis Jr., Machado, Eric Hosmer and the game's top-ranked farm system a boost toward contention. And the Los Angeles Dodgers? They have not spent big to acquire any top free agents since Andrew Friedman took over as president of baseball operations, but as their World Series drought leaks toward a fourth decade, it has to be tempting to consider a rotation that could include Cole, Walker Buehler, Clayton Kershaw and more.

But there also is one conspicuous franchise on the other side of the Continental Divide that easily has the resources to spring for a record-setting contract and has been keenly interested in Cole since he was a teenager.

While his Astros teammates universally say how much they appreciate playing with Cole, many also admit they think he may sign with another team as a free agent this winter.Bob Levey/Getty Images

And that's what adds one more delicious layer of intrigue to his Game 3 start in Yankee Stadium.

The Yankees picked Cole—a huge fan of the franchise as a kid who attended Game 7 of the 2001 World Series with his father—toward the end of the first round (28th overall) after his senior year of high school in the 2008 draft.

"They were at one game [in high school] and I took a no-hitter into the last inning," Cole recalls. "And Shane Boras, Scott's son, broke the no-hitter with an opposite-field hit. They were really impressed with that game. It was one of the better games I threw in high school. I remember they expressed some interest in me."

But with an offer from UCLA, Cole and his father crunched numbers from every angle, determined the financial value of a UCLA education, gauged what the late-first-round money was and decided to bet on his future. No thanks, they told Yankees scouting director Damon Oppenheimer and general manager Brian Cashman, informing them that Gerrit would honor his commitment to the Bruins.

"In typical Yankee fashion, you can't really handle it much classier than they did," says Cole, who retains Scott Boras as his agent. "Damon kept in touch with both me and my father, and so did Cash as college went on."

Plus, as Cole notes, the Yanks had "bigger fish to fry" at the time: Around that time, they were in the process of signing free agents CC Sabathia and A.J. Burnett, centerpieces of their last World Series championship team, in 2009.

"The signability part we got completely wrong," Cashman says. "My understanding is, if I remember back then, his dad wanted him to have a college experience. So he got the best of both worlds: He went to UCLA and improved his draft [standing] at the same time, which is pretty impressive because we drafted him at the back of the first round and he wound up being the first pick three years later."

"Yeah, I pretty much nailed it," Cole deadpans.

So come the winter following the 2017 season, with a retooling Pittsburgh Pirates franchise having placed Cole on the trade market, the Yankees took another spirited run at him. They thought they made a strong offer but refused to include top prospects Gleyber Torres or Miguel Andujar. At the wire, the Astros acquired Cole in exchange for right-hander Joe Musgrove, infielder Colin Moran, reliever Michael Feliz and prospect Jason Martin.

"Beauty is in the eye of the beholder," Cashman says. "So, obviously, they thought their best deal was with the Astros, and that's the deal they made."

Working alongside Justin Verlander for the last season and a half, Cole has blossomed into the kind of ace who may get free-agent offers previously unseen.Jeff Roberson/Associated Press

Paired with both Houston's famed analytics department and ace Justin Verlander, Cole has flourished like never before. Sure, he pitched in the playoffs when he was in Pittsburgh, but that always ended in gut-wrenching disappointment. Three years in a row, the Pirates were eliminated by ace pitchers, from St. Louis' Adam Wainwright in 2013 to San Francisco's Madison Bumgarner in 2014 to the Cubs' Jake Arrieta in 2015.

"Sometimes when you run into guys like that, especially Bumgarner, what are you going to do?" Cole shrugs.

Now, that's what people are saying about him.

In an era of "bullpenning" and "openers," Cole is leading the way in an October tilting back toward the vitality of the starting pitcher. Cole, Verlander, Max Scherzer, Stephen Strasburg, Zack Greinke, Jack Flaherty, Masahiro Tanaka…this postseason suddenly is full of them.

"Everybody loves a marquee matchup, don't they?" Cole says. "Two names posted five days ahead of time, sell tickets, as opposed to TBA and TBA."

Cole certainly has watched his share in the postseason, mostly involving the Giants from the stands with family. He figures he's been to six or seven of their games, including taking his grandfather, a Detroit native, to Games 3 and 4 in Comerica Park to watch San Francisco win the title in 2012 over the Tigers.

He's already seen and heard from Crawford how cool it is to win it all. Now, just once, Cole would like to try a ring on for size himself. Sure, there have been some very nice, smaller celebrations over the past couple of weeks, including a late-night dinner Thursday after Game 5 shared by Cole and his family and Verlander and his family.

Now, it is on to Game 3…and, if this series goes the distance, Cole is lined up to start Game 7 as well. More chances to make more memories. Who knows where the ticker tape—or Cole's future—will fall. 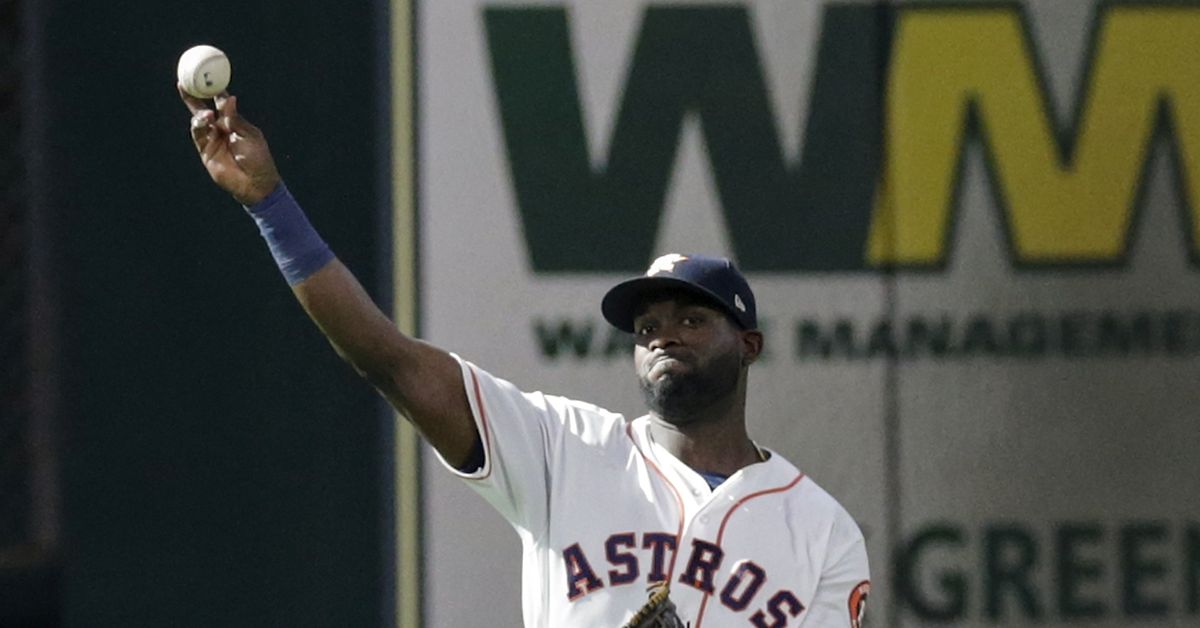