The grass is still green. The sky is still blue. And yet things aren't altogether normal in October 2019. Suddenly, the Washington Nationals are masters of avoiding postseason humiliation.

Whereas the Los Angeles Dodgers went into the National League Division Series in search of a third straight World Series appearance, the Nationals were merely looking for their first victory in any postseason series since the franchise was "born" in 2005.

But just when the status quo seemed to be holding as the Dodgers took a 3-1 lead into the eighth inning of Game 5 at Dodger Stadium on Wednesday night, one thing led to another and the Nats ultimately secured a date with the St. Louis Cardinals in the National League Championship Series with a 7-3 victory in 10 innings.

Then veteran utility man Howie Kendrick put the Nats ahead for good with a grand slam off Joe Kelly in the 10th:

A horrified silence fell over Dodger Stadium after all three home runs, but the 54,159 fans in attendance might as well have all been saying the same thing by the time Kendrick's ball cleared the fence: "This isn't supposed to be happening."

The Dodgers didn't just come into the NLDS with a recent run of October success to keep up. They also came in off a 106-win regular season in which they led the NL in runs scored and runs allowed.

This wasn't just another great Dodgers team. It was perhaps the perfect team to end the franchise's 31-year championship drought.

But while much will surely be written about how and why the '19 Dodgers failed to last beyond the first round of the playoffs, the simplest answer is the Nationals team that beat them really is that good.

The Nationals' first order of business in 2019 was to prove they could overcome the loss of franchise icon Bryce Harper to the Philadelphia Phillies via free agency over the winter. They initially struggled to do so with a 19-31 record through their first 50 games.

From then on, however, the Nats found their stride and achieved exactly the same record as the Dodgers (74-38) over their final 112 games. That this happened despite seemingly daily efforts by their bullpen to ruin everything is a testament to their two greatest strengths.

Thanks primarily to Stephen Strasburg, Max Scherzer, Patrick Corbin and Anibal Sanchez, Nats starters trailed only the Dodgers with a 3.36 ERA after May 23. Likewise, Rendon, Soto and Kendrick paced an offense that lagged behind only—you guessed it—the Dodgers in runs scored among NL teams.

What's more, Nats hitters had a way of coming through in various clutch situations all season:

Because the postseason tends to be such a different animal than the regular season, what works in the latter doesn't always translate to the former. But if that's the rule, these Nationals have already proved they can be an exception.

That was apparent in the NL Wild Card Game, in which the Nats pulled out a 4-3 win over the Milwaukee Brewers thanks to fine work from Scherzer and Strasburg and a clutch bases-loaded hit by Soto.

Scherzer and Strasburg didn't skip a beat during their starts in Games 2, 4 and 5 of the NLDS against the Dodgers, combining to allow five earned runs with 24 strikeouts over 19 innings. Sanchez contributed five one-run innings in Game 3, and even Corbin's shaky outing in Game 1 yielded only one earned run in six innings.

Much like Chris Sale, David Price and Nathan Eovaldi during the Boston Red Sox's championship run last season, Scherzer, Strasburg and Corbin have also been effective in relief.

Strasburg pitched three clean innings out of the bullpen in the NL Wild Card Game. Scherzer struck out the side in the eighth inning of NLDS Game 2. Corbin flopped out of the pen in Game 3 but recovered with three strikeouts in 1.1 innings on Wednesday.

Though the Nationals have scored exactly as many runs (25) as their opponents in October, their collective gift for picking their battles has remained intact. From Soto's knock in the Wild Card game to Ryan Zimmerman's clutch three-run homer in NLDS Game 4 to the trio of late-inning long balls in Game 5, the clutch hits have kept flowing.

The obligatory disclaimer here is that all this could easily fall apart.

The Nationals are running the risk of burning out their vaunted Scherzer-Strasburg-Corbin trio. And while it's always interesting whenever an offense flashes an apparent "clutch gene," such things tend to exist until, all of a sudden, they don't.

For now, however, what the Nationals are doing is obviously working. And it certainly stands in stark contrast to what didn't work for them during the 2012, 2014, 2016 and 2017 playoffs. No single narrative ran through all four postseason defeats, but there was a general lack of impact hitting and pitching performances when the Nationals needed them most.

For whatever reason, these Nationals are different. That must be why they're still standing.

Zimmerman Is Not Ready to Hang ‘em Up Just Yet... 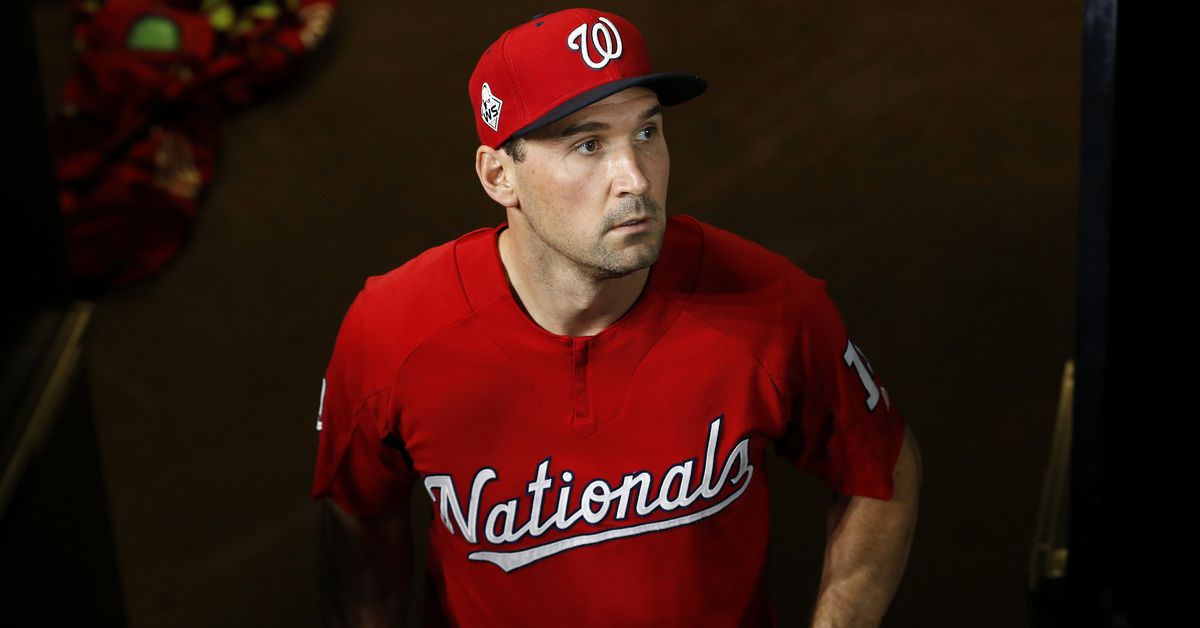 Zimmerman Is Not Ready to Hang ‘em Up Just Yet...