It's possible to like Kyle Allen without hating Cam Newton.

It's also OK to admit that there's a Panthers quarterback controversy brewing after Allen's four-touchdown performance in a 38-20 victory over the Cardinals in relief of Newton, who is sidelined with a foot injury. It's only logical to acknowledge that tough quarterback questions are looming for Carolina as Newton's injuries mount, his contract runs its course and both Allen and rookie Will Grier wait in the wings.

We can discuss these issues without screaming at one another about them.

There's currently no timetable for Newton's return. On Monday, Panthers head coach Ron Rivera named Allen the starter for next week's game against the Texans. He said Newton needs "time and rest," which is certainly true and yet sounds like an ominous message.

The Panthers may be an ideal situation. Allen looks good enough to keep the team competitive. Newton could return to 2015 form (or, more realistically, 2017 form) in a few weeks. And if he doesn't, Allen gives Carolina some future alternatives.

These could be fun, exciting times for the Panthers. Or we may be in for weeks and months of ear-splitting, headache-inducing, racially-turbocharged debates between diehard Cam-hating trolls and apologists unwilling to admit that it's been a long time since Newton looked anything like Superman.

Allen was excellent Sunday. The second-year quarterback displayed accuracy, velocity and touch. He moved well in the pocket, escaped pressure when he had to and, save for a pair of strip-sacks, made good decisions with the ball.

Allen also played well in a meaningless Week 17 victory over the Saints as an undrafted rookie last season. He made former Newton backup Taylor Heinicke expendable and then outplayed third-round pick Grier to earn the backup job in the preseason.

Allen was Texas A&M's quarterback before losing the starting job to Kyler Murray and transferring to the University of Houston, so he didn't exactly fall off a turnip truck and land on the back of the Panthers roster. While not a size-speed-arm marvel, he's big, athletic and strong-armed enough for the NFL. At times on Sunday, he looked more like Newton than the gimpy version of Newton we have seen for most of the last few campaigns.

Newton has rarely been close to fully healthy since the end of the 2017 season. He was plagued by knee and shoulder injuries in 2018, missing the last two games to undergo shoulder surgery. This year, he suffered a foot injury in the third preseason game—Rivera left him in for several series, even though the Panthers line played terribly—then rushed back to start the season opener and reaggravated the injury on a short turnaround Thursday night.

Kyle Allen's four touchdown throws against the Cardinals in Week 3 may spark a season-long debate over who the Panthers' long-term starting quarterback should be.Ross D. Franklin/Associated Press

Newton has endured 311 career sacks and run the ball 997 times in the regular season and postseason combined, often rushing more like a bruising fullback than a gliding, sliding scrambler. Newton has more career rushes than David Johnson, C.J. Anderson, Darren Sproles and many other veteran running backs. Pile those carries atop the sacks, and he may be wearing down like a veteran running back.

Newton's contract expires after the 2020 season. Extending him could set the stage for an Eli Manning scenario: years of trying to recapture lost glory with ever-diminishing returns that plunge the franchise into expensive mediocrity. If the Panthers cut Newton after this season, it would only cost them $2 million in dead cap space, but it's risky to cut someone who could be a few months of "time and rest" away from turning back into an MVP-caliber quarterback.

There's a middle ground: Giving Allen a few more starts to audition, putting a healthy Newton back on the field to determine what's left in the tank, holding off on contract extensions and final decisions, re-evaluating, reserving judgment.

Unfortunately, there's no middle ground in the Newton conversation.

The problem with criticizing Newton is that you suddenly find yourself in the same camp with folks who think Newton has always been terrible, throw words like "thug" or "crybaby" around casually and can't wait to tell you how his press conference wardrobe choices typify everything that's wrong with America. Suggest that Allen might be a worthy challenger, and you end up on the same side as the sort of folks who are enraged by the thought of a female place-kicker, and you might get retweeted by the radio personality who still has a real problem with tattoos and cornrows. Especially cornrows.

To be blunt, there are lots of noisy Cam Haters out there, and some of them are irrational about it, to put it politely. They don't want to hear about his past accomplishments or his injuries. They want to see him fail. They've waited through Derek Anderson and Heinicke for a backup quarterback they could hang a Better Than Cam label upon without sounding silly. Allen, through no fault of his own, is their guy. And you better believe they are going to frame the Newton-Allen conversation in their own terms as loudly as possible over the next few days/weeks/months.

None of that should matter. But it's hard to tune out the dog whistles and semiotics and just think rationally.

We're getting ahead of ourselves by contemplating the rise of Allen and the end of Newton after one game. Right now, the Panthers have a 1-2 record, some winnable games (at Houston, Jaguars, Tampa Bay in London) before the bye, a three-time Pro Bowler on the mend and a guy with 57 career NFL pass attempts at the helm.

Lots of things can happen over the next month. Despite the "time and rest" imperative, Newton could feel his job is threatened and rush back. Allen could turn out to be the best undrafted quarterback since Tony Romo or face-plant. With the Panthers offensive line facing J.J. Watt and Whitney Mercilus next week, we could be talking about Grier in two weeks.

Hampered by a series of injuries, Cam Newton has put together a 23-23 record as the Panthers' starter over the past four seasons.Mike McCarn/Associated Press

No one knows what comes next for Carolina and its quarterbacks. But that in itself is new for the Panthers, who have risen and fallen with Newton, and only Newton, since the day he was drafted.

That uncertainty is what makes this a real quarterback controversy, not hysteria manufactured out of a polarizing starting quarterback and a rando backup with a hot hand.

Quarterback controversies can be healthy and fun. Try your best to remain calm and rational about this one. And try to enjoy it, no matter how hard the rest of the world tries to ruin it.

Teddy Bridgewater Brings Out the Best in People 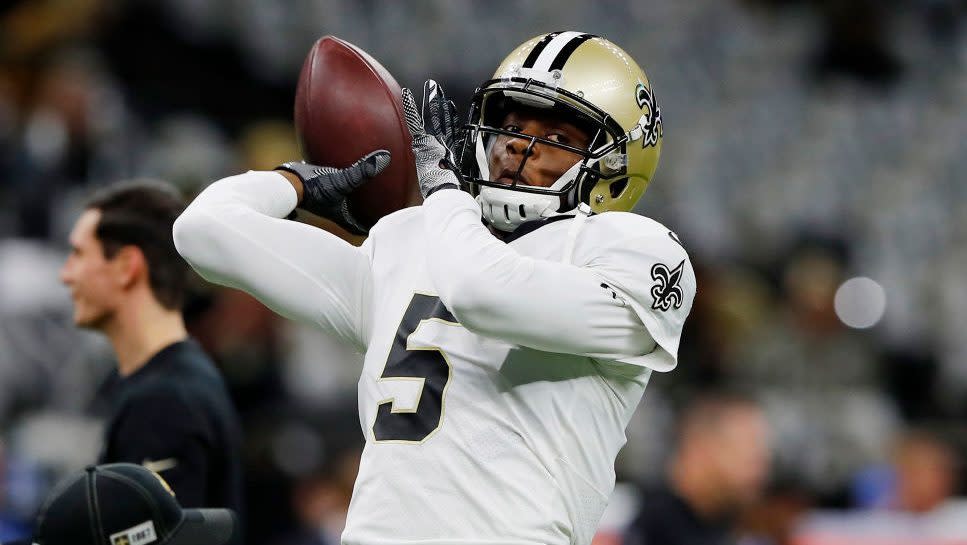 Teddy Bridgewater Brings Out the Best in People