Three games into the 2019 season, Trevor Lawrence is not dazzling the college football world relative to his enormous hype. Clemson's sophomore quarterback has already tossed five interceptions, surpassing his total of four as a true freshman.

And the ever-patient CFB universe is calmly assessing his performance with nuance and thorough explanation.

The "overrated" claims are easy to find. You know what? They're correct too. He was rated so highly that it left him no room for error, which is an unfair expectation.

Lawrence's five picks are a problem. We can start here because that part is simple. Four of his five interceptions were avoidable; he underthrew a should-be touchdown against Texas A&M and has stared down a receiver on three.

Lawrence had only 4 interceptable throws last year. 2 were tips. He's already up to 4 this year. Some of that is due to the 1v1 nature of the offense. Some is from him predetermining throws https://t.co/OWbCNpH3th

The other interception happened against Georgia Tech as the first half expired. While rolling to his left and falling out of bounds, he heaved a pass down the sideline and found the wrong team. That one, while a blemish in the box score, is forgettable.

On the other hand, predetermining passes is far less forgivable.

Quarterbacks are prone to mistakes when they're desperate to make plays―when they're pressing. That's been the case for Lawrence, who acknowledged it after tossing two picks at Syracuse on Saturday.

"I feel like I made some good plays and decisions for the most part. I had that one interception, kind of a dumb play trying to do too much," he told reporters.

If we didn't have evidence to the contrary, this trend would be concerning. However, Lawrence just spent the entire 2018 season avoiding mistakes of this nature. His dominance in last year's College Football Playoff entitles him to a major benefit of the doubt.

Plus, the biggest thing to remember is it's not like Lawrence is a net-negative whom Clemson has carried to 3-0. The Tigers are still winning because of him, not merely with him.

Take, for example, his 30-yard touchdown to Justyn Ross against Texas A&M. Lawrence drops back, steps up to avoid pressure, scrambles left to extend the play, squares his shoulders and lofts a perfectly placed ball to Ross. He made this happen.

Trevor Lawrence under pressure is something special 🍿 (via @CBSSportsHQ) https://t.co/sOYbBVWphj

There are plenty of comparable examples that show his outstanding accuracy, ball placement and timing. For every interception, we can point out a handful of superb throws that only a few other college quarterbacks are capable of hitting consistently.

Despite the mistakes, Lawrence is still responsible for eight touchdowns―his three rushing scores seem to be conveniently forgotten when noting his TD-to-INT ratio―and he played the leading role on offense in victories over Texas A&M and Syracuse. In the latter game, he threw for a career-high 395 yards.

The criticisms are beginning to feel a bit similar to Deshaun Watson in 2016. He threw seven interceptions in Clemson's first five games and tossed 17 total. Bad? Absolutely. The Tigers still won a national championship thanks to his otherwise terrific production, and he's now thriving in the NFL.

Lawrence's mistakes in 2019 are unpleasant, but he's unquestionably atoning for those occasional lapses.

From a team perspective, his unexceptional start to the season is only mildly concerning. Sure, it changes if Lawrence doesn't regain his 2018 form before November. However, a weak ACC―which is an ACC issue, not a Clemson problem―means Lawrence basically has two months to refine his decision-making process.

According to ESPN's FPI, the Tigers have no worse than an 87.4 percent chance to win their nine remaining regular-season games.

Once again, they have an elite defense. Even excluding 14 sacks, they've allowed a meager 3.2 yards per carry. Opposing quarterbacks have mustered a 51.7 percent completion rate and 6.1 yards per attempt with two touchdowns and four interceptions.

Clemson has surrendered just 30 points in three games, and the recent back-to-back with A&M and Syracuse might be the most difficult portion of the schedule. Seriously, which future opponent looks ready to compete with the Tigers?

Perhaps an upset happens. Unexpected results are classified as that for a self-evident reason, and turnovers are the easiest way for a favored team to welcome a 60-minute challenge. That 2016 season with Watson included a one-point loss to Pitt, and he tossed three interceptions in the game.

The worst-case scenario has a history, too.

Yet between Lawrence's history, his opportunity for improvement and Clemson's surrounding talent, the level of panic should be minimal. Lawrence has made mistakes―too many of them, for sure―but he's continually showed the elite skill set that led to a national title and has the Tigers pointed back toward the CFP in 2019. 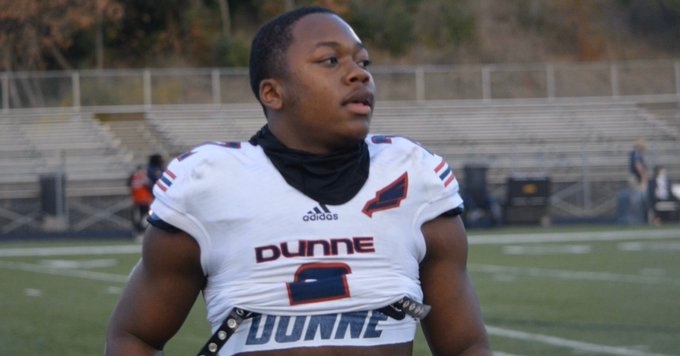 Will Clemson Football ever play Notre Dame as a member of the ACC?

Will Clemson Football ever play Notre Dame as a member of the ACC?