That guy streaking through the Jaguars secondary on Sunday sure did look familiar. Can't quite place him, though.

He caught a short pass, made a defender miss, then outran everyone else for a touchdown. That's Tyreek Hill, right? No, this guy's bigger, and he was still making plays after Hill left the game with a shoulder injury. It wasn't Travis Kelce, either. Kelce is tight end-level fast, but this guy was No. 1 receiver-level fast.

He later ran a shallow drag route across the length of the field, then suddenly knifed up the hashmarks to get wide open for a 21-yard pass. That must be rookie Mecole Hardman, right? No, whoever this dude was, he was too big, powerful and savvy to be some speedy rookie.

He caught a short pass along the sideline and barreled through his defender for a few more yards. He wrestled All-Pro cornerback Jalen Ramsey away at the goal line to snatch a short touchdown.

The guy who caught nine passes for 198 yards and three touchdowns for the Chiefs on Sunday looked a lot like someone who played for Clemson from 2011 to 2013. Not DeAndre Hopkins; the other guy, the one who caught 82 passes as a freshman with Hopkins on the other side of the field and 101 passes after Nuk left for the NFL in 2013. No, not Martavis Bryant. Now you're just trolling.

OMG, that was Sammy Watkins. Not the version of Watkins we're used to: the disappointing extra-receiver-for hire. That was the real Watkins, the one we stopped waiting for and started to forget about. 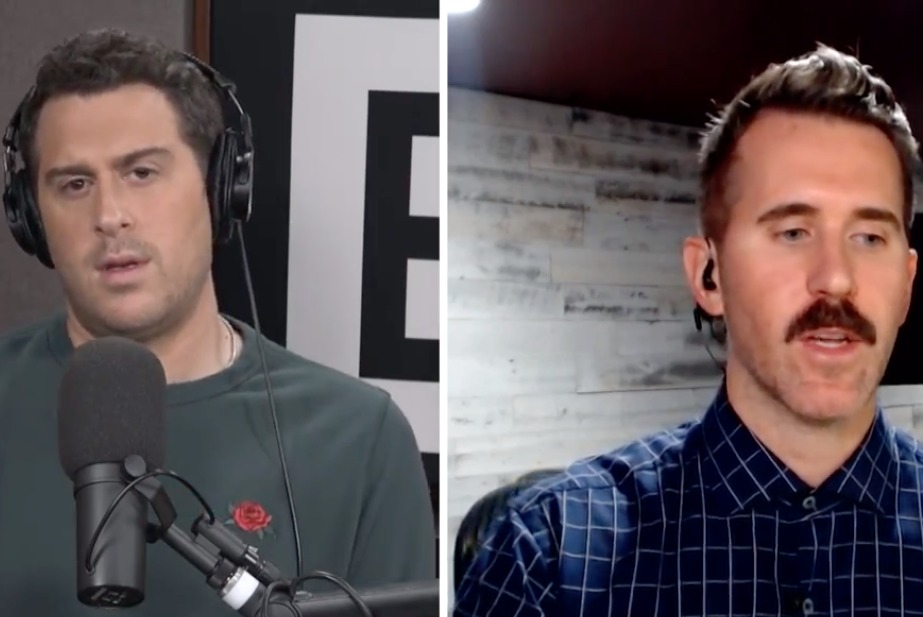 Watkins was the fourth overall pick in the 2014 draft. He was as close to a can't-miss prospect as draft analysts have ever seen. He was the kind of receiver who could make quarterbacks better, the type who wins jump balls and can make a move or break a tackle to turn a screen pass into a touchdown. Watkins looked like the missing piece of the eternal puzzle known as the Buffalo Bills offense.

He had a few strong statistical seasons with the Bills, but he also battled injuries, complained about his role in the offense and sparred with fans on social media. The Sean McDermott regime shipped Watkins off to the Rams in August 2017.

Watkins caught eight touchdowns for the Rams in 2017, but he was relegated to being the fourth option in head coach Sean McVay's passing game. Receivers Robert Woods and Cooper Kupp (then a rookie) and running back Todd Gurley II were all targeted more frequently than Watkins.

The Chiefs then signed Watkins to a three-year, $48 million contract in March 2018, but he proceeded to miss six games with a foot injury and was once again one of the "other guys" in a star-studded offense.

Sammy Watkins was used more as a complement to Todd Gurley and the rest of the Rams offense than the No. 1 option many in the NFL thought he'd be when he was drafted in 2014.Getty Images/Getty Images

It's no wonder that it's so easy to forget how good Watkins was supposed to be. He entered this season as an injury-plagued, failed prospect with a dubious attitude, years removed from his last productive campaign.

But Watkins just turned 26 in June. In fact, he's one day younger than Kupp.

Watkins is still young enough to rewrite the story of his career. And while foot injuries are the type of worry that never entirely goes away, Watkins' attitude problem is a thing of the distant past.

As Bleacher Report's Ty Dunne reported in 2017, the sullen, statistic-chasing version of Watkins was already long gone by the time he reached the Rams, though he still sometimes expressed frustration about his limited role in the offense.

During a SiriusXM NFL Radio interview in May, Watkins described his new, more upbeat attitude:

"I'm honestly grateful, because I've been hurt three years and had catastrophic injuries and been out and haven't played. So me being on that field running around, blocking, catching balls, communicating, joking, having fun, that's what it's about for me. I think I'm getting back to that kid again that's just out there playing and having fun, shakin' and bakin' and catching balls."

Watkins said in the same interview that his body feels "amazing." Peter Schrager of NFL Network reported in May that Watkins was in "the best shape of his life."

"I know NFL fans have heard that in May more than once," Schrager added, "but I'm buying that stock."

Snicker at the "best shape of his life" cliche if you like, but seeing was believing Sunday.

Watkins leads the NFL after Week 1 in both yards and touchdowns. He was also credited with a league-high 141 yards after the catch, according to Pro Football Reference. Sixty of those yards came on that first slant-and-streak touchdown, during which Watkins reached a top speed of 21.33 miles per hour, per NFL Next Gen Stats. That was the fourth-fastest top speed of Week 1, and it wasn't too far off Hill's top mark (21.95 mph) from last season. Watkins did most of his damage against Ramsey, the best cornerback in the NFL, and A.J. Bouye, a former Pro Bowler.

Yards after the catch, eye-popping speedometer numbers and one-on-one battles with the league's best cornerbacks are Hill's specialties. But Hill will now be out 4-6 weeks with a clavicle injury, per NFL Network's Ian Rapoport.

Watkins will be Patrick Mahomes' top wide receiver this week against the Raiders, who just lost rookie starting safety Johnathan Abram to a shoulder injury and could be without top cornerback Gareon Conley, who suffered a neck injury while crashing into Abram. If you are debating a fantasy waiver pickup or trade for Watkins or a $7200-7400 (depending on the service) daily fantasy option, you better not debate too long, because Watkins' value is about to go through the roof.

But there's much more at stake in the next few weeks than fantasy football, or even keeping the Chiefs offense at full throttle and the team at the top of the playoff picture while Hill recovers.

If Watkins can elude defenders the way he did in Week 1 going forward, the Chiefs may not see much of a drop in their offensive production with Tyreek Hill sidelined.Phelan M. Ebenhack/Associated Press

Watkins left college as the star of a 2014 draft class that featured Odell Beckham Jr., Mike Evans, Davante Adams, Cooks, Jarvis Landry, Allen Robinson II and others. It was one of the best receiver classes in history.

Watkins has the talent to be a superstar like Beckham or Hopkins, the college teammate he frequently upstaged. A few more great games in Hill's absence can get Watkins back on track to be the player everyone expected him to be.

Mahomes and his Chiefs teammates had no trouble recognizing the one-time college phenomenon who blurred past the whole Jaguars defense on his first touchdown Sunday.

"He made a quick move and showed off his speed," Mahomes said, per ESPN's Adam Teicher. "We said he was back to his Clemson days."

It isn't too late for Watkins to recapture that buzz he had as a rookie and achieve his potential. He's just been given the perfect opportunity.

1 UFA Who Should Turn Heads at Chiefs' Training Camp 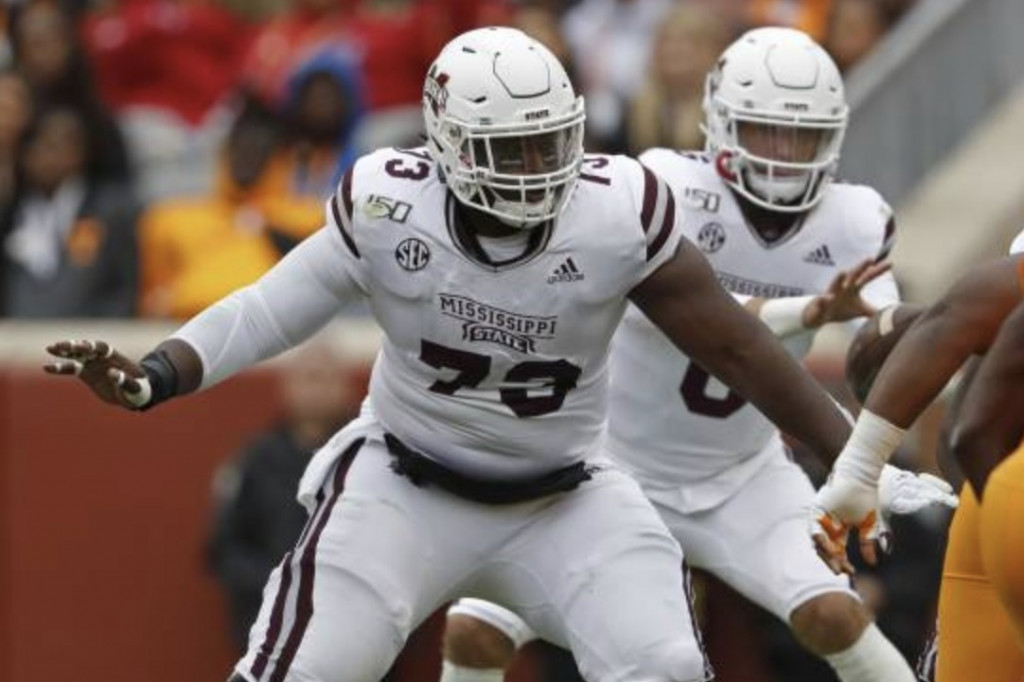 1 UFA Who Should Turn Heads at Chiefs' Training Camp