If Michigan wants to be considered a contender for the College Football Playoff, it will have to fix a lot of issues after surviving Army's upset scare with a 24-21 double-overtime victory.

The Wolverines looked sluggish in their opener last week against Middle Tennessee State with two turnovers and eight penalties but were able to ride their significant edge in talent to a 40-21 win. They didn't fare any better against Army with three lost fumbles, three turnovers on downs and nine penalties.

“It’s helped our football team. Really felt watching Shea Patterson especially and Dylan McCaffrey also, their play-making ability, their ability to operate as a passer and as a runner, how explosive they both are, Shea with his ability to make quick decisions, really fits the shotgun, really fits the RPO world, really fits the up-tempo.”

Patterson has yet to take a step forward in games. The senior went 19-of-29 for 207 yards and was sacked four times against Army.

ESPN's David Pollack went so far as to say McCaffrey should take over as Michigan's starter.

Both defenses did show up to play, allowing a combined 583 yards. Army's potent triple-option offense was held to 3.3 yards per carry on 61 rushing attempts.

Zach Charbonnet did the heavy lifting for Michigan with the passing game struggling. The freshman running back had 100 yards and scored all three Wolverines touchdowns on 33 carries.

Looking ahead, Harbaugh and Gattis have to figure out what kind of offense they want to run and the best way to take advantage of it. The seventh-ranked team in the nation is going to have high expectations and a lot of pressure to at least challenge for a Big Ten title.

Through two games, Michigan hasn't lived up to its preseason hype. The good news is it's found ways to win both times.

Things will get considerably more difficult when the Wolverines return from their bye on Sept. 21 against No. 17 Wisconsin at Camp Randall Stadium. 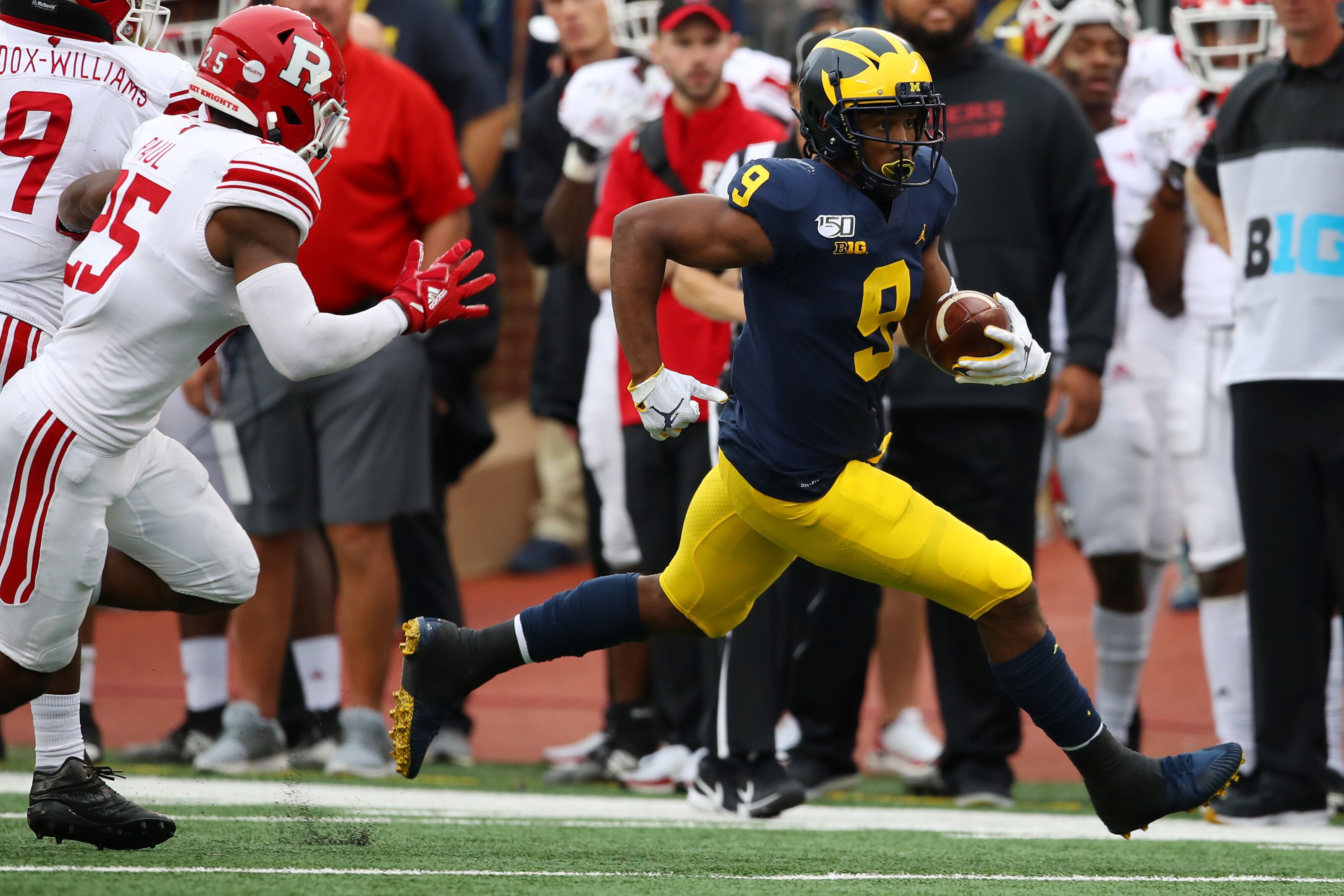