Down 21-6 late in the third quarter, Nix found Eli Stove for an 11-yard touchdown to help Auburn crawl within one possession. Backup quarterback Joey Gatewood rushed into the end zone from one yard out with 9:48 left before Nix led the Tigers on an 11-play, 60-yard touchdown drive to seal the win.

Oregon quarterback Justin Herbert completed 28 of 37 passes for 242 yards and one touchdown to lead the Ducks. Freshman tight end Spencer Webb hauled in a score from 20 yards out.

Running back CJ Verdell added 14 carries for 76 yards and a touchdown, and Darrian Felix added another rushing score. Johnny Johnson III led all pass-catches with seven receptions and 98 yards.

The matchup marked the first time Oregon and Auburn played since the Tigers defeated the Ducks 22-19 in the BCS National Championship Game in January 2011.

Late-Game Heroics Shows Why Auburn Must Be Patient With Nix

Nix's passing numbers (13-of-31 for 177 yards, two touchdowns and two interceptions) can't be sugarcoated. Simply put, he did not play well.

However, Auburn must stick with Nix through the highs and lows. Failing to do so if Nix's early game struggles reappear would be a hasty panic move.

Second, Nix was asked to do something no true freshman has been asked to do in the nation's greatest football conference since 2004 in starting a season opener. And Nix had to complete that task on national television in a neutral environment against the nation's No. 11 team.

Third, his natural talent—which helped him become 247Sports' No. 1 dual-threat quarterback in the class of 2019—is clearly evident.

Nix lofted a beautiful deep ball down the field to Will Hastings for 38 yards and showed off his wheels with 42 yards on seven carries, the latter of which caught Mina Kimes of ESPN's attention.

Nix's legs saved the matchup for Auburn, as he barely got the first down on a 4th-and-3 run from his own 47-yard line on the game-winning drive.

Clearly, the bad mistakes must go. As Pat Forde of Yahoo Sports mentioned, Nix was "flirting with one disaster after another" on Saturday despite noting that the signal-caller was "clearly talented."

Some of those potential disasters materialized in the form of two interceptions and missing Hastings in the end zone for a touchdown.

But pulling the plug if the struggles from the first three quarters materialize later in the season is extreme and unfair.

Former NFL safety Ryan Clark understands that mistakes will be made:

Bo Nix is gonna be pretty darn good for Auburn. He will have his issues this year at some points, but he will figure it out.

However, if Nix is capable of orchestrating a clutch touchdown drive under intense pressure as he did on Saturday, then it's absolutely worth waiting for him to iron out his mistakes until he fulfills the incredible potential on a more consistent basis.

Either Herbert or Alabama quarterback Tua Tagovailoa figures to be the top quarterback picked in the 2020 NFL draft. Granted, that won't occur until late April, but despite the loss, Herbert made a solid argument Saturday after Tagovailoa dominated Duke earlier in the afternoon.

Tagovailoa's 26-of-31 performance for 336 yards and four touchdowns against Duke naturally stole early headlines, and Herbert's impressive (but less-gaudy) numbers pale in comparison.

However, a deeper dive into Herbert's night reveals just how well he performed.

First, he encountered a series of obstacles to success even before stepping foot on the field. The senior was without three injured wideouts who figured into the team's plans this year in Brenden Schooler, Mycah Pittman and Juwan Johnson.

And that list doesn't include Dillon Mitchell, the wide receiver who led the team with 75 catches, 1,184 yards and 10 touchdowns last season.

Furthermore, Herbert lost Verdell and second-string running back Travis Dye midgame with injuries for a short period of time not long after. That didn't matter, as Herbert led the team on a touchdown drive in the third quarter anyway:

With three WRs out and down to his third-string RB, that was an impressive drive from Justin Herbert. https://t.co/pOkZnt6Mxp

Furthermore, Herbert opened the season with the Heisman and NFL draft spotlights shining brightly after returning to school for his final year.

It didn't help matters that he had to go on a neutral field and face the No. 16 team in the nation entering the season. Not only that, but Auburn entered the game as a 3.5-point favorite, per Caesars Palace.

But he looked smooth, smart, resilient and efficient all night in the Ducks' loss. Matt Miller of Bleacher Report and NFL Network's Daniel Jeremiah praised his strong arm in particular:

Herbert has a huge arm. Doesn’t need to have his feet in the ground to create force.

That arm strength was on display in the second quarter, although it occurred on a throw that maybe wasn't the best decision at first glance.

HE GOT MOSSED! @oregonfootball's Spencer Webb went way up over the defender for this TD catch 😤 https://t.co/druS3bV4A3

Look ... that wasn’t the smartest decision to throw that pass but that was a freaking throw by Herbert. He’s balling tonight. This is what we needed

Herbert did make an untimely mistake on a fumbled exchange on the Auburn 14-yard line that was returned 83 yards, but Auburn only came away with a field goal.

Granted, the finish was certainly disappointing, although Herbert still went 13-of-15 after Oregon had the ball up 21-6.

Herbert passed his first test on Saturday. It won't be the only one he sees this year, with road matchups against No. 25 Stanford and No. 13 Washington standing out. However, Herbert completed the first hurdle toward making his case for being the top signal-caller in the 2020 NFL draft.

Oregon will host Nevada on Saturday, Sept. 7, at 7:30 p.m. ET. Auburn will face Tulane at home during the same date and time. 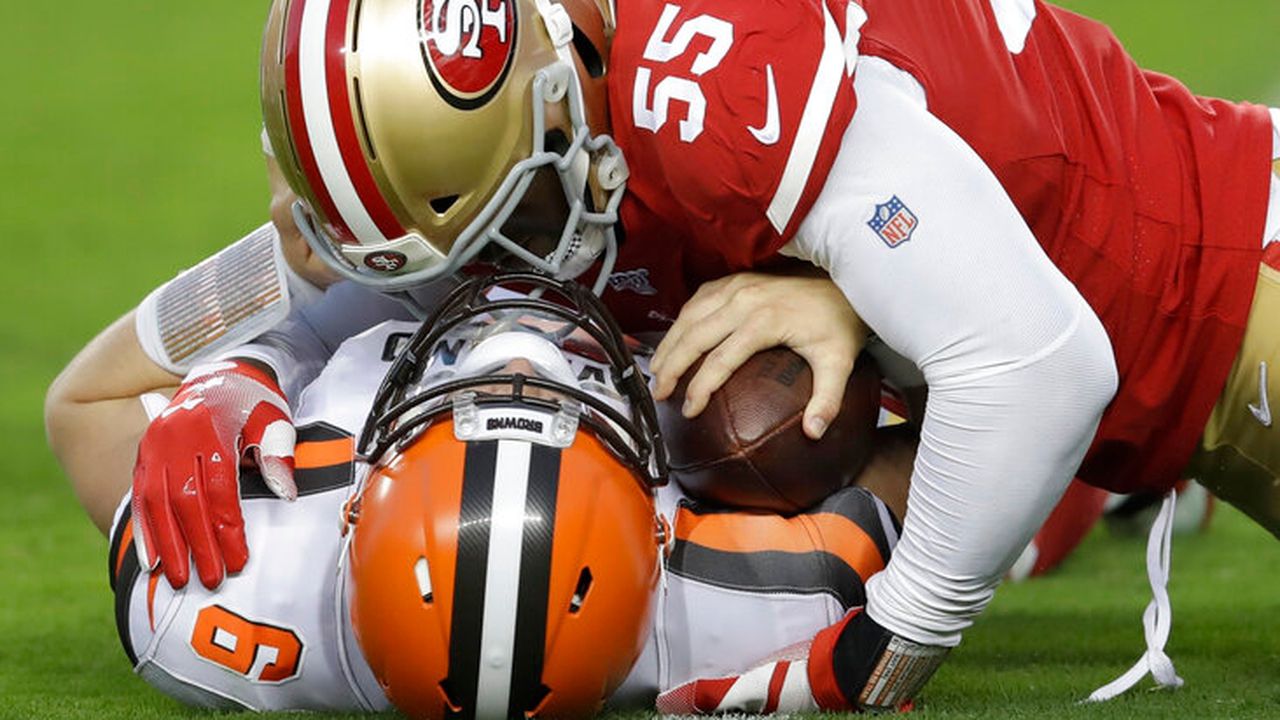