Houston Rockets guard James Harden announced he is donating more than $240,000 to rebuild outdoor basketball courts in the city that were damaged by Hurricane Harvey.

"Every day I wake up, I think about being legendary. Being the best basketball player I can be on the court. But on the flip side of that, I think, 'How can I can impact the world?' Ultimately, I want to be a legend off the court as well, in the community," Harden told those gathered at Houston's Tuffly Park on Saturday.

James Harden explains his $240,000+ donation (via @_3thehardenway foundation) to the City of Houston to renovate basketball courts in underserved communities. #Rockets https://t.co/GVIWrqOkje

Harden previously donated $1 million in the immediate aftermath of Harvey, which devastated Houston and its surrounding areas in 2017.

"We appreciate him, we love him," Mayor Sylvester Turner said. "In our book, he's always the MVP."

He continued: "That's the beauty of our city. When you see these athletes, don't just look at them as athletes. Look at them as community citizens that are giving back to the community, and they're paying it forward."

Harden said he hoped renovating the basketball courts would get more kids outside and off their phones:

“Nowadays, everything is so social media-based, kids aren’t outside playing anymore. They’re on their phone or playing video games. No, [they] need to be active and have fun, and be kids. Courts is just the beginning. My ultimate goal is to change Houston and make it better.

“Obviously the hurricane affected this area greatly, and so this is one of the reasons why I wanted to bring some positive energy and some light on this community. It’s baby steps, but we’re going to get there. In a few years, we’re going to change this city around and make it legendary.”

Harden has spent the last seven seasons in Houston, making seven All-Star appearances, earning six All-NBA selections and winning the 2018 NBA MVP. He's finished in the top two of MVP voting each of the last three seasons, and his 36.1 points per game in 2018-19 were the highest total since Michael Jordan in 1986-87.

Harden's announcement came as part of his JH-Town Weekend, which is a charity event to benefit his 3 The Harden Way foundation. He will host a celebrity softball game Sunday that includes newly acquired point guard Russell Westbrook. 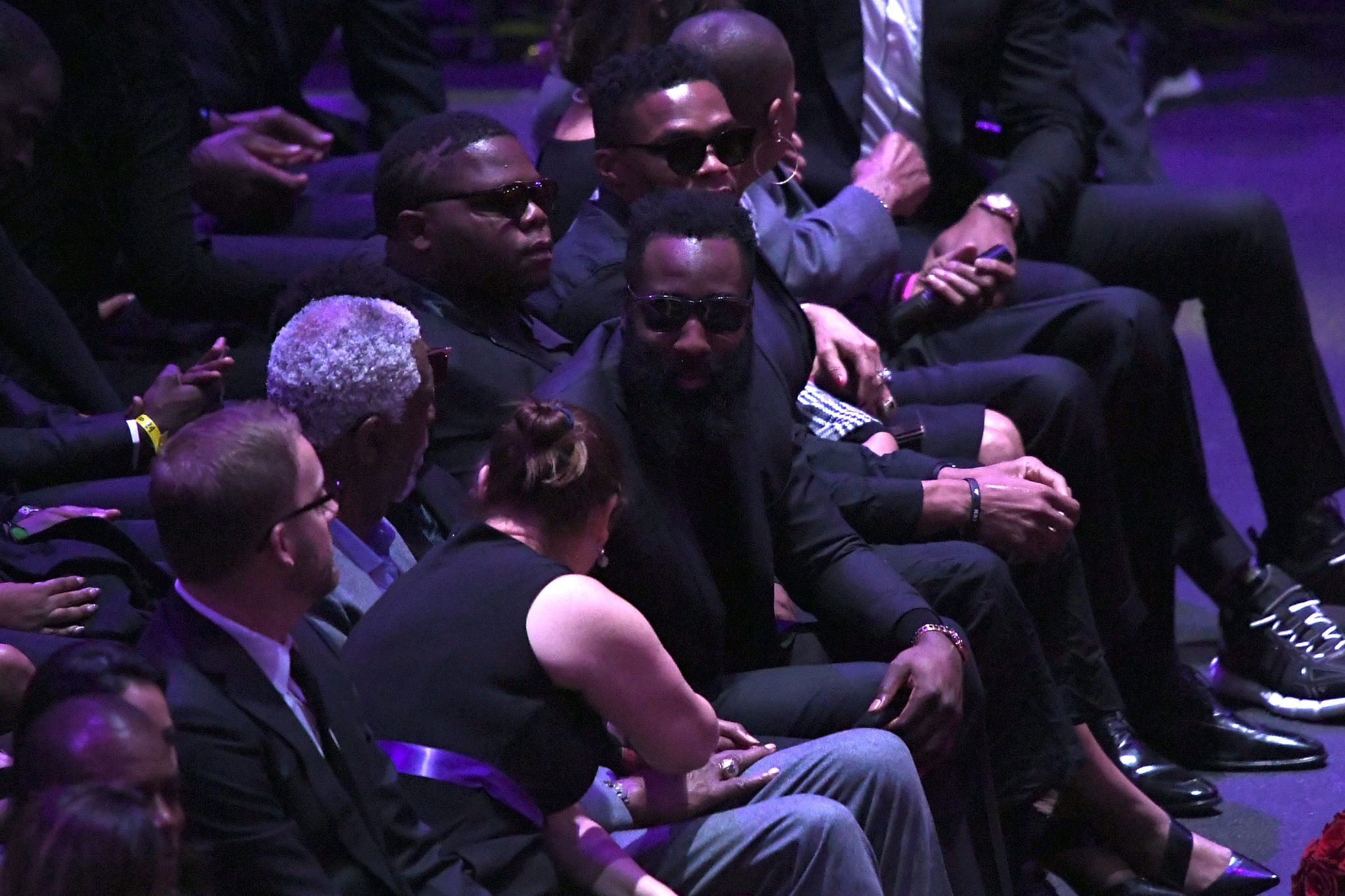