Over the last two seasons, Kyrie Irving led the Boston Celtics in points, assists, three-pointers made and wins over replacement player despite missing 37 games. Their net rating was 2.9 points per 100 possessions better when he was on the floor.

This summer, Irving left the Celtics despite saying in October, "If you guys will have me back, I plan on re-signing here."

He's now on the Brooklyn Nets with Kevin Durant. And despite all that production listed above, he's not the biggest loss Boston suffered this offseason.

"Five-time All-Star F/C Al Horford has agreed to a four-year, $109M deal with the Philadelphia 76ers," ESPN's Adrian Wojnarowski tweeted on June 30. That was the departure from which the Celtics may not recover.

Earlier that day, Wojnarowski reported the signing of Kemba Walker. The former Charlotte Hornets point guard can approximate much of the on-court value brought by Irving.

Here's both over the last three seasons: 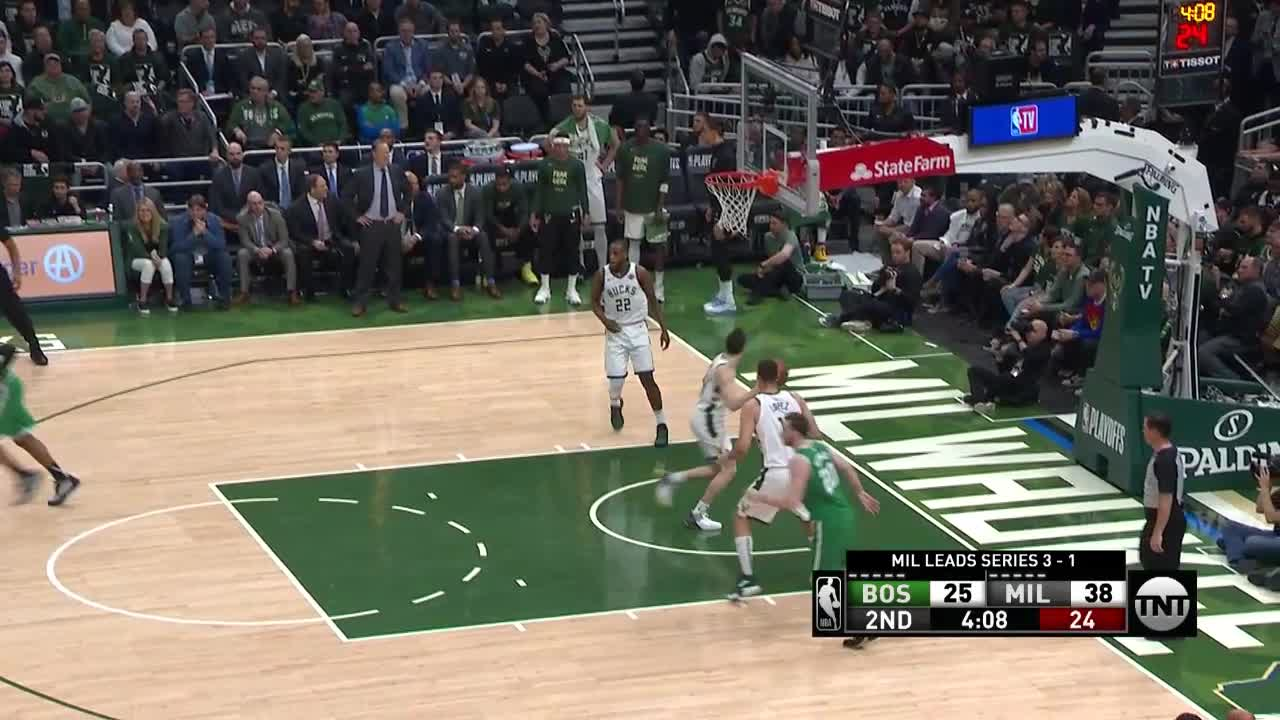 Walker has been slightly less efficient, but he's also had significantly less offensive help. Irving played a season with LeBron James and the Cleveland Cavaliers during that stretch. In Boston, he had Jayson Tatum and Horford, among others.

With the Celtics, Walker should enjoy a little less attention when his team has the ball. Defenders won't be able to key in on him as aggressively when he's sharing the floor with Tatum, Jaylen Brown, Gordon Hayward and Enes Kanter.

Might that mean a slight uptick in true shooting percentage for Kemba? Will he get the typical Brad Stevens boost, too?

Isaiah Thomas' box plus/minus before he joined the Celtics was 1.3. It stood at 4.0 in Boston. It's fallen to minus-5.8 since he left. Injuries surely contributed to the decline, but it would be hard to argue Stevens didn't help elevate his play.

There's reason to believe Kemba can make up that gap in the comparison above thanks to a new situation and different coaching.

Playing alongside multiple switchy wing/forwards within Stevens' defensive scheme should cover for some of Walker's weaknesses on that end. And being able to attack defenses disadvantaged by Boston's ball and player movement should lead to easier shots on the other.

But even if he doesn't take a step forward on the court, the difference off it could be huge.

ESPN's Tim Bontemps detailed Kyrie's tumultuous "leadership" style shortly after the Celtics were eliminated by the Milwaukee Bucks in the second round of the 2019 playoffs. You'll be hard-pressed to find such a story about Kemba. In fact, one of his former teammates, Aaron Harrison, shared much different sentiments with NBC Sports Boston's Chris Forsberg:

"Everybody is going to love Kemba here. He's a great leader. Everybody wants to be around him. He's just a good dude to be around.

"He's probably one of the best people in the NBA that I've been around, for sure. He's the most humble guy. I was a rookie and he took great care of me. He's one of the best guys I've ever met.

If the Celtics can play free of the chaos that plagued them for much of 2018-19, there's a good chance they won't miss Irving. Walker is a big reason why, but he can't replace what they lost in Horford. That's the bigger blow to Boston this summer.

Over their two seasons as teammates, Kyrie's net rating swing was 2.9, compared to the 5.4 swing Horford posted. Kyrie had the highlight finishes and contested threes. Horford quietly facilitated the offense from the low post, high post and top of the key. Kyrie worked harder on defense in Boston than he did in Cleveland. Horford was the anchor of a perennial defensive powerhouse.

Kyrie was the sizzle. Horford was the steak.

And the Celtics found a more-than-workable replacement for Irving. They didn't have the cap space to adequately replace Horford.

Here's Big Al and Kanter over the last three seasons:

Kanter has sizable leads in scoring and rebounding, but numbers like BPM and net rating favor Horford so heavily for a reason. Kanter is nowhere near Horford's level as a defender or playmaker.

In fact, if you convert those assist numbers to points generated by assist and combine that with the scoring, Horford has been responsible for creating 29.3 points per 75 possessions during the last three seasons. Kanter was at 26.6.

That leaves rebounding as Kanter's lone advantage. That's an important trait, but there's almost no way he replaces the defense, passing, long-range shooting and intangibles Horford brought to Boston.

"He's been a stabilizing force since he walked in our locker room," Stevens told reporters after the Celtics eliminated the Milwaukee Bucks from the 2018 postseason. "And I think that's the best way to phrase it with Al. He provides stability for all of us."

Kanter can bring volume scoring and rebounding inside, but replicating that stabilizing factor is a different proposition. In fact, with all the scoring provided by Walker, Tatum, Brown and Hayward, Kanter's skill may make the most sense in a heat-check-off-the-bench type of role. Perhaps Daniel Theis could at least give some defense.

Any combination of Boston bigs won't replace Horford, though.

Losing Kyrie hurt, but that isn't what could keep the Celtics from contention in 2020. No, they'll miss Horford much more than their former point guard.

Andy Bailey covers the NBA for Bleacher Report. Follow him on Twitter (@AndrewDBailey) and listen to his Hardwood Knocks podcast, co-hosted by B/R's Dan Favale.