Chelsea announced the appointment of club legend Frank Lampard as their new manager on Thursday, with the Englishman penning a three-year deal at Stamford Bridge.

"I am immensely proud to be returning to Chelsea as head coach. Everyone knows my love for this club and the history we have shared, however, my sole focus is on the job in hand and preparing for the season ahead. I am here to work hard, bring further success to the club, and I cannot wait to get started."

The former midfielder has only a season of senior management experience having taken over Derby County in May 2018.

In 2018-19, he led the Rams to sixth place in the Championship, but they missed out on promotion to the Premier League after losing 2-1 to Aston Villa in the play-off final.

Despite Lampard's relative inexperience as a manager, he will likely welcomed by the Chelsea faithful given his huge success as a Blues player.

The former England international also scored 211 goals in that time, more than any other player in the club's history.

Lampard will be hamstrung initially by the two-window transfer ban Chelsea have been handed by FIFA for breaching rules relating to the registration of players under 18.

He will have to draw on Chelsea's youth ranks to supplement the current first-team squad, and he is reportedly preparing to bring the two groups closer together:

Lampard to signal his commitment to youth by bringing Chelsea's first team and Academy together #cfc https://t.co/iCorAtyAcM

Due to the transfer ban, and the well-earned goodwill towards him at Stamford Bridge, Lampard could be given more time to succeed as Chelsea manager than many of his predecessors have.

But he has a major challenge on his hands, especially given he is making the step up to Premier League and Champions League management so early in his coaching career.

Gilmour Has Everything Needed to Forge a Good Career 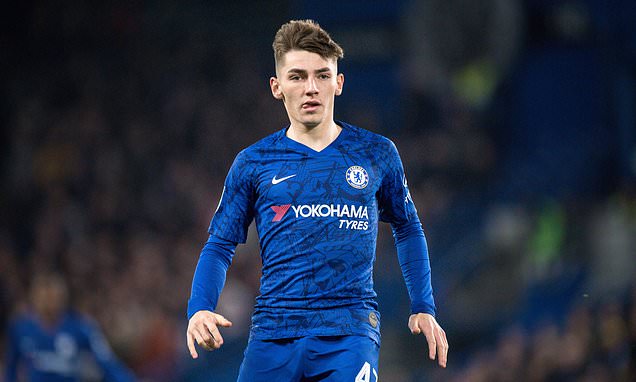 Gilmour Has Everything Needed to Forge a Good Career

The Secret Scout
via Mail Online