There are few more powerful positions to be in as a footballer than the one Eden Hazard found himself in this summer.

Treasured at Chelsea but also wanted by Real Madrid, he was able to ensure a transfer to the Spanish giants based on his contractual situation: He was on the cusp of entering the final year of his deal in west London.

For players like Hazard, that's the window in which they're actually buyable. Two years left gives the selling club all the say, but the discussion changes a year on, and Chelsea decided to sanction the sale to avoid losing him for free next summer—despite the transfer ban impinging upon their ability to replace him.

The Belgium international isn't the only excellent player set to enter the final year of their deals. In fact, July 1 sees a slew of top-level performers begin chipping away at the last 12 months of their deal.

This list details the 10 best players who find themselves in this position of strength and seem likely to use it to their advantage. Expect movements and/or definitive decisions on almost all of them this summer.

Note: We've made some honourable exceptions. Marcus Rashford is reported to be on the verge of signing a bumper new deal with Manchester United, per the Evening Standard, while David Silva has confirmed this season will be his last at Manchester City. 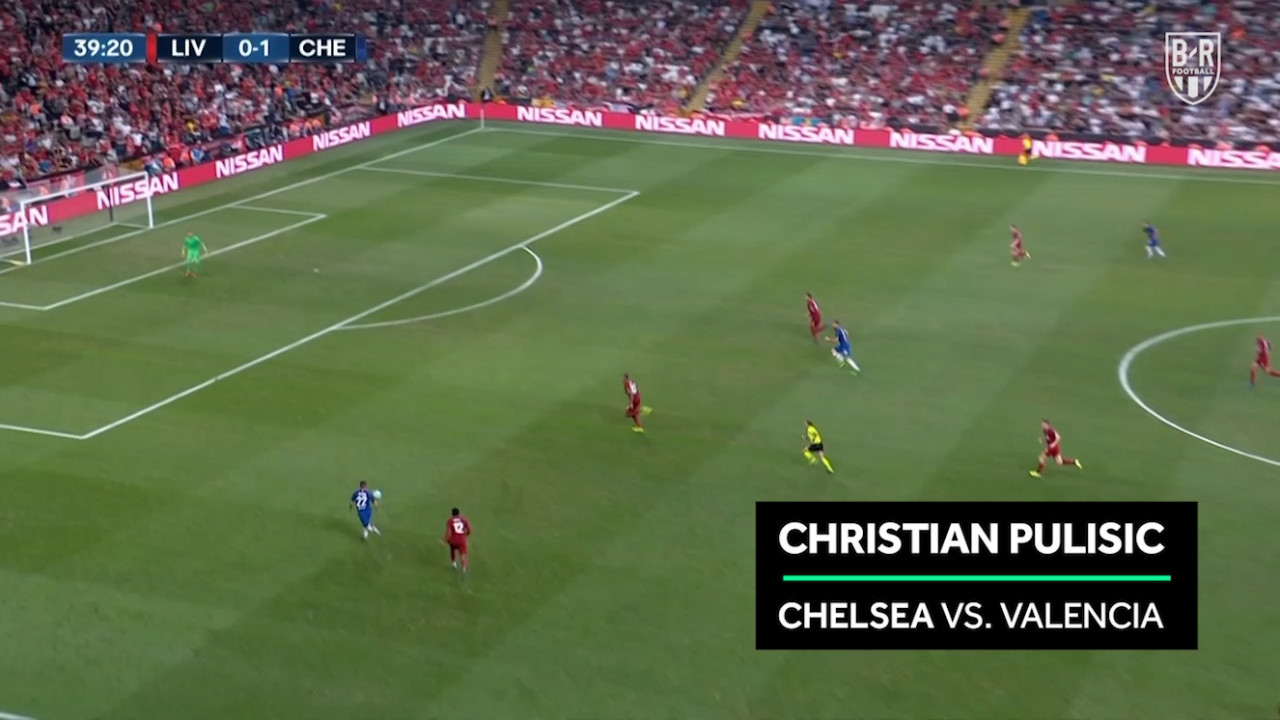 With the former set to continue at his boyhood club and the latter not looking to use his position to gain advantage, they've been left out of this list.

It's been more than a month since Goal's Romeo Agresti (among others) reported Kean had signed a new contract with Juventus, but we're still to see a picture of him with a pen in hand.

Perhaps it's done and being kept under wraps with no pressure to announce it officially; or maybe, in light of Maurizio Sarri taking the reins at the club, Kean is still holding back a little, waiting to see what kind of a role he'll play.

Something, or someone, has to budge up front for the Bianconeri. Sarri usually uses one striker and has Cristiano Ronaldo, Mario Mandzukic and Kean to juggle. If the teenager wants an undisputed first-choice role elsewhere he could angle for it, and let's not forget who represents him—superagent Mino Raiola.

No club can get Kean for nothing, as his age dictates compensation would be due, but you can bet that fee would be a minuscule in comparison to what Juventus would demand if it were a proper transfer.

Cavani has cost multiple clubs a fair bit over the years and he would tack another hefty fee on to his cumulative career cost should he leave Paris Saint-Germain this summer.

His services have been paid for because he's good at what so many struggle with: scoring goals. He's netted 20 or more in nine consecutive seasons, displaying sensational movement, a serious work ethic and a powerful finish.

He's 32 now, but those fearing he may not be a prudent long-term investment should remember he's in phenomenal physical shape and could well last the distance in the same way Ronaldo has.

According to Kicker (h/t Bayern Strikes), Werner has stated he will not sign a new contract with RB Leipzig in light of longstanding Bayern Munich interest.

There aren't many German footballers out there who don't see Bayern as the Mecca of football, so it's perhaps no surprise he is attempting to make it as easy as possible for the Bundesliga giants to acquire him—either this summer or next.

The 23-year-old boasts blistering speed, a consistent ability to finish (particularly one-on-one) and the option of playing wide left (the position in which he broke through for Stuttgart) if required.

There really aren't that many of those around, so Werner is in an extremely powerful position at the moment and could well be picking his next destination from dozens of suitors.

Gundogan is seemingly unsure where he stands at Manchester City. Despite impressing whenever called upon over the last two years, he's clearly not a first choice and they want to sign Atletico Madrid's Rodri, per B/R's Dean Jones, which further clouds the position group.

Mike McGrath of The Sun suggests he'll be allowed to run his contract down, playing out the last year if he wants to, but the Germany international could have a big decision to make if a good club offer him a key role in their midfield.

He's good enough to be the centrepiece for a Champions League side, although City are one of the few teams in the world where he's just not quite good enough to command an undisputed place.

City paid £24 million for him in 2016. Would they accept a similar bid and thank him for his services, making their money back on him and avoiding a free transfer next summer?

Lyon president Jean-Michel Aulas is notoriously difficult to negotiate with, meaning far fewer of Lyon's top players leave each summer than expected, but his hands are tied to an extent this year.

Ferland Mendy is already gone, Tanguy Ndombele looks all but gone, and Nabil Fekir may have to follow them through the exit door given his contract is up in a year.

A medical issue that arose last summer is the only reason he's not already a Liverpool player—a clear marker of his quality—and he would bring both technical quality and dynamism to any side who snapped him up.

Current reports have him feeding at a slightly lower level this year; Liverpool haven't reignited their interest, and Calciomercato (h/t the Mirror) say AC Milan—excluded from Europe due to FFP issues—are in for him.

That's odd, as he's just as good as he was in 2018. Perhaps the medical brought up a problem many are too wary of?

When you consider Jan Vertonghen could have easily found himself on this list too, it becomes clear how many big decisions Tottenham Hotspur have to make this summer.

Alderweireld pips his colleague and compatriot to a spot here, though, as we stay in line with the criteria of using this contractual position to gain advantage.

Few are expecting Vertonghen to do anything other than extend with Spurs, but Alderweireld is a different story. He's one of the best ball-playing centre-backs in the world, having been schooled in passing at Ajax and in defending at Atletico Madrid. And everyone's noticed.

Centre-back-needy clubs such as Manchester United, Manchester City and Paris Saint-Germain should be tempted, and Alderweireld should be confident he could command a starting spot at all three.

The Frenchman is still good enough to start and impact for the Old Lady in general terms, but it's difficult to shake the feeling he may suffer a little under Sarri in the same way N'Golo Kante did at Chelsea.

Should Matuidi become available he'll be swamped with requests. Not only is he a hard worker, a great player and an exceptionally versatile individual, but he's also the sort of positive, professional character everybody yearns to have in their dressing room.

Undoubtedly the best of Spurs' "magnificent seven" (the seven players bought with the Gareth Bale money in 2013), Eriksen has been a cornerstone of their play for the last six years.

Mauricio Pochettino has frequently changed the pieces around the Denmark international in midfield but always kept him securely in place.

Modern-era Spurs without Eriksen is a peculiar thought, but it's one fans may have to accept as a reality in the next 12 months.

The Dane has already stated he's mulling the potential for a new challenge, with Real Madrid, Bayern Munich, Juventus, Paris Saint-Germain all interested in him, per Football.London, while the Daily Star threw Manchester United's name into the mix, too.

Tottenham chairman Daniel Levy is not one to allow Eriksen to walk for free next summer, aged 28 and in the prime of his career, so expecting a resolution this summer—either a new contract in north London or a transfer elsewhere—is reasonable to expect.

It's been a rough year for De Gea, an elite goalkeeper who has made an abnormal number of mistakes for both Manchester United and Spain during that time.

The 2018 FIFA World Cup was dreadful for him, and while he's often been the shining light in times of dark at Old Trafford, even he succumbed to the malaise in 2018-19.

But no top-level team is letting one poor 12-month stretch taint their view of a goalkeeper who is one of the best in the game. United want him to renew but he wants mega bucks—like, £450,000-per-week mega bucks, per the Evening Standard—and if they don't hand over the cash, someone else will.

With just a year left, De Gea can afford to say "stump up or I'm off," knowing full well Real Madrid still adore him and clubs like Juventus and Bayern Munich could be looking his way in the future.

Modric's performances last season were exactly in line with, and therefore just as disappointing as, Real Madrid's were as a whole.

But even off the back of this, and at age 33, let's not pretend Modric's representatives aren't fielding calls left and right now he's entered the final year of his deal at the Bernabeu.

The Ballon d'Or holder still has it, and he'll show exactly what it is in 2019-20. A jinking, creative midfielder with an eye for a killer ball like few others, he endured a post-World Cup hangover as bad as any, but he will now be primed to bounce back.

Last season saw many reports linking the Croatia international to Inter Milan, per AS, but nothing come of it. Could things go a step further in 2020?