The New York Yankees added another big bat to their lineup by acquiring Edwin Encarnacion in a trade with the Seattle Mariners, the club announced Saturday.

The Mariners received pitching prospect Juan Then and cash considerations for the power hitter.

Ken Rosenthal of The Athletic provided more details on the exchange:

Encarnacion still owed more than $15M in salary and buyout. Source says #Yankees and #Mariners essentially splitting the money. SEA paid more to get better prospect - pitcher Juan Then, who should move into 15-20 range on SEA top prospects list. First with Then: @Joelsherman1.

Encarnacion leads the American League with 21 home runs so far in 2019 and has hit at least 30 home runs in each of the last seven years, earning three All-Star selections in that span.

The first baseman and designated hitter is also red-hot at the moment, hitting eight home runs in the first 11 games of June. He has been one of the top hitters in baseball in the past two weeks, per Devan Fink of Fangraphs:

He entered Saturday with a .241 batting average but adds a .356 on-base percentage and .531 slugging percentage.

The 36-year-old was in his first year with the Mariners after coming over in an offseason trade from the Cleveland Indians. While he has done his job at the plate, the rest of the team hasn't picked up the rest of the slack and is just 30-43 on the year.

After Seattle traded away Jay Bruce earlier this month, another power hitter acquired in the offseason, Encarnacion was apparently the next to go in what has become a full-blown rebuild for the AL West squad.

The #Marlins of the Northwest: The #Mariners never wanted Jay Bruce or Edwin Encarnacion and now dump them before All Star break and are telling teams that virtually everyone is available.

Meanwhile, the Yankees add another big bat to the lineup as the squad tries to keep pace with the Tampa Bay Rays in the AL East.

Sluggers Aaron Judge and Giancarlo Stanton have missed nearly the entire year with injuries, but both are close to a return and could help transform the lineup going forward along with Encarnacion. The newest addition will likely play mostly DH with Luke Voit performing well at first.

New York entered the day ranked seventh in the majors in home runs, per ESPN, but the squad will likely shoot up this list over the next few months. 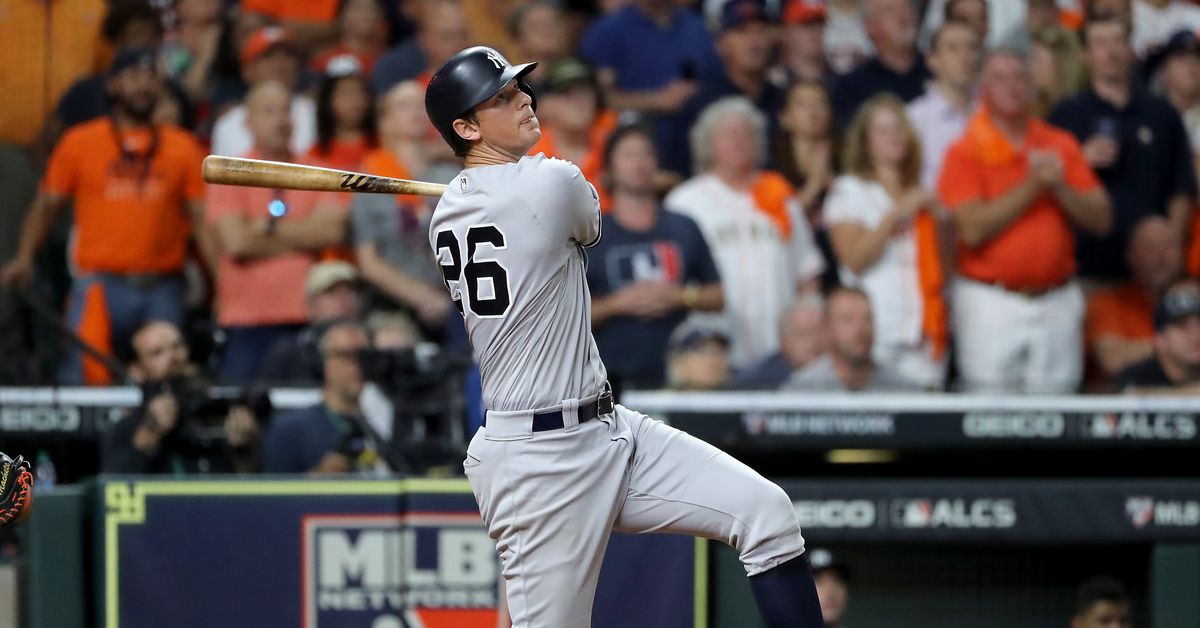