On Friday, Mark Heim of AL.com provided comments Kennedy made earlier this week about his recruitment on WNSP Sports Radio in Alabama.

"I liked when [Saban] said, 'Would you rather gamble on this table (pointing to the ring table) or the other table?' I said, 'I'm gambling on the ring table,'" the insider linebacker said Wednesday.

Kennedy, a standout at Theodore High School in Alabama, said he struggled to choose between the two high-profile in-state schools, and spoke on WNSP about his decommitment conversation with Auburn head coach Gus Malzahn.

Kennedy is a 4-star prospect and the No. 98 overall player in the 2020 recruiting class, according to 247Sports' composite rankings. He's also listed as the third-best inside linebacker in next year's group. 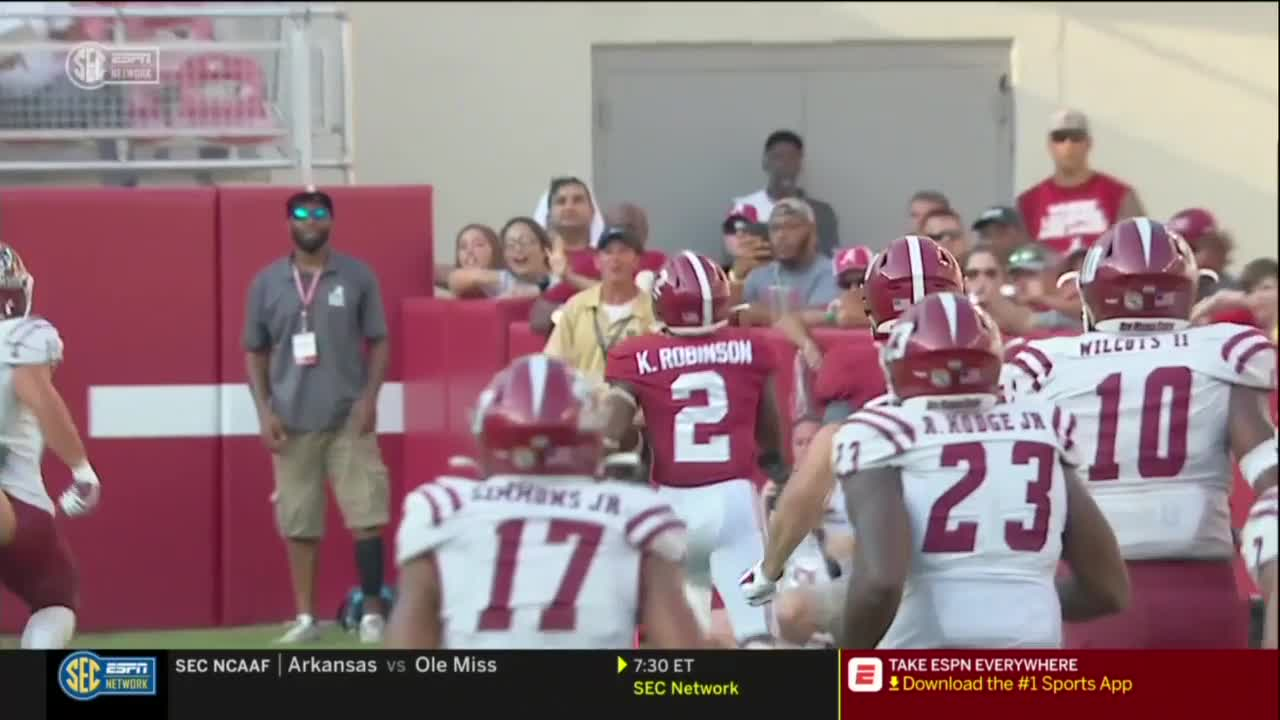 Saban owns six national championships, including five since he took over the Bama program in 2007. Along with making the Tide a constant presence in the title race, he's also developed countless defenders into high NFL draft picks over the past 13 years.