Messi was speaking on the eve of the Copa del Rey final with Valencia, where a win would see the Blaugrana complete a cup and La Liga double.

Despite that, Valverde has been under scrutiny following the team's exit from the UEFA Champions League, as Barcelona let a 3-0 first-leg semi-final lead slip against Liverpool, crumbling to a 4-0 loss at Anfield.

Messi said the players should take responsibility for the manner of the defeat, not the manager:

Messi: Haven't seen much of the criticism of the manager ... sincerely I think Valverde has done an impressive job all the time he's been here. In the game against Liverpool he was hardly to blame for anything. We as the players are to blame.

As Spanish football journalist Andy West relayed, it's been a long time since the Barcelona No. 10 addressed the media at a press conference:

At Barça training ground for Messi, Pique and Valverde press conference. Messi's first since 2015. Unity will be the message, no doubt. https://t.co/4k77d3IBQ7

Here is a reminder of the remarkable night on Merseyside that left a huge stain on the Blaugrana's season (U.S. only):

Needing at least 3 goals, Liverpool slashed through Barcelona to complete an historic comeback at Anfield 🙌 The Reds are on to the #UCL FINAL 🔴🏆 https://t.co/7vrNmybDdZ

Having clinched the La Liga title before that match at Anfield, Barcelona's season has meandered towards a conclusion since their elimination from the Champions League. Their league term culminated in a 2-2 draw at Eibar on Sunday.

Messi said the Liverpool loss is still on his mind:

Messi: Honestly I am not even thinking about the European Golden Shoe. Not in my head at all. What happened at Liverpool is in my head, like I said it was a big blow and I am not thinking about personal things, just getting to this Copa final and winning another trophy.

What was infuriating for Barcelona supporters following their collapse against Liverpool was that it was the second time the team have capitulated in this way under Valverde. In the quarter-finals of the same competition in 2017, they lost 3-0 in the second leg to Roma, meaning they were eliminated on away goals after a 4-1 victory in the first leg.

Messi said he thinks the elimination against Liverpool represented much more of a low point for the team than the Roma result:

The Argentina international also dismissed any notion that the team's Champions League failures would make him consider his own future at the Camp Nou:

Messi: "Getting knocked out of the Champions League doesn't make me think about leaving Barça" https://t.co/hLly0s4KAs

It's set to be a busy summer at Barcelona regardless, with Frenkie de Jong arriving from Ajax. There has also been speculation linking Atletico Madrid's Antoine Griezmann with a move to the club after he confirmed he would be changing teams in this window.

Messi was asked about the prospect of linking up with Griezmann, but he wasn't keen to discuss any possible deal:

Messi on Griezmann ('I won't give my opinion') signing is a hint he's not keen on him. Easy to say he's 'a great player' etc..

He also said he's hoping the team can finish the season by beating Valencia and winning their fifth Copa del Rey in succession:

🔊 Messi: "It's a final, we have the possibility of winning a double and finishing the season well" 💪 #TotsUnits https://t.co/8E6LlZGiiL

Given the pressure Valverde is under, the Barcelona hierarchy will be hopeful that Messi's praise for the coach will help stem criticism from sections of the fanbase. After all, the 31-year-old's words carry so much weight, especially since he speaks in public so rarely.

With Luis Suarez and Ousmane Dembele missing for Saturday's game, there will an onus on Messi to make the team tick in attack. After scoring 50 goals in all competitions this term, he's unlikely to be burdened by that expectation. 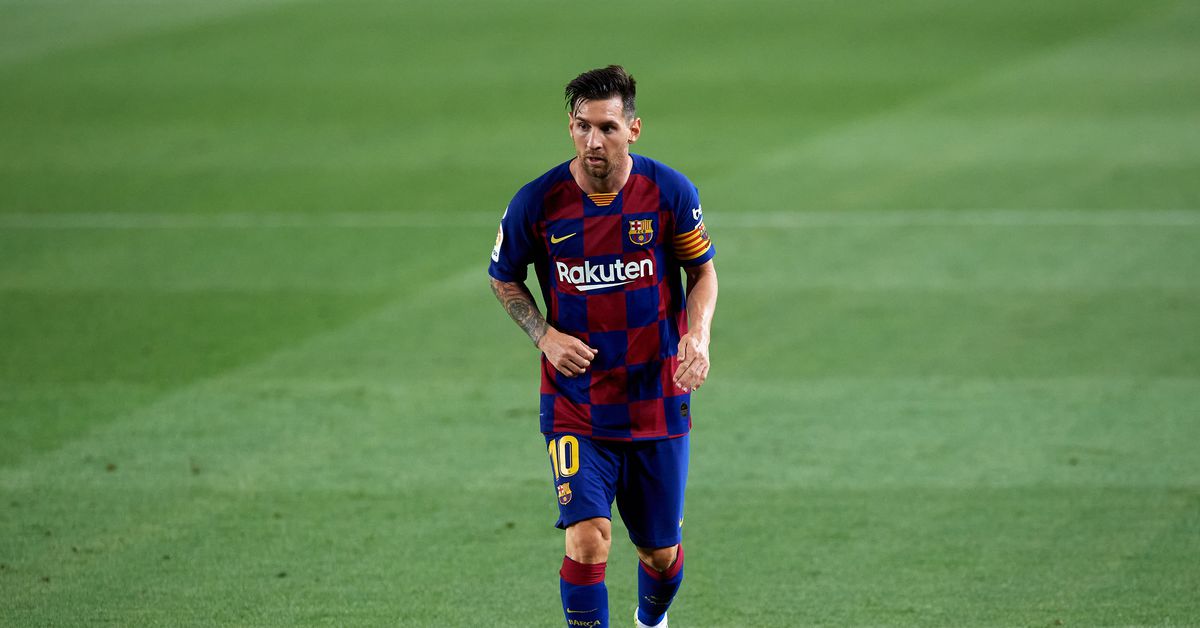