After engaging in a hotly contested MVP race, the Milwaukee Bucks' Giannis Antetokounmpo and Houston Rockets' James Harden were the only unanimous selections for the 2018-19 All-NBA team.

Joining Antetokounmpo and Harden on the first team are Paul George of the Oklahoma City Thunder, Nikola Jokic of the Denver Nuggets and Stephen Curry of the Golden State Warriors.

Antetokounmpo, who is trying to get the Bucks to the NBA Finals, is making his first-team debut.

The 24-year-old was on the second team in each of the previous two years but took another step forward in 2018-19 with a career-high 27.7 points and 12.5 rebounds per game for the NBA's best regular-season squad.

Harden continues to hold serve on the All-NBA first team. This marks his third straight selection and fifth in the previous six years.

The reigning MVP was included thanks to a league-leading 36.1 points per game, the seventh-highest single-season mark in NBA history. He also did something this season that only Michael Jordan accomplished (1988-89):

🚀 @JHarden13 joins Michael Jordan as the only players to have at least 2,700 points, 500 assists and 500 rebounds in a season! #Rockets https://t.co/DUwnPnBlsu 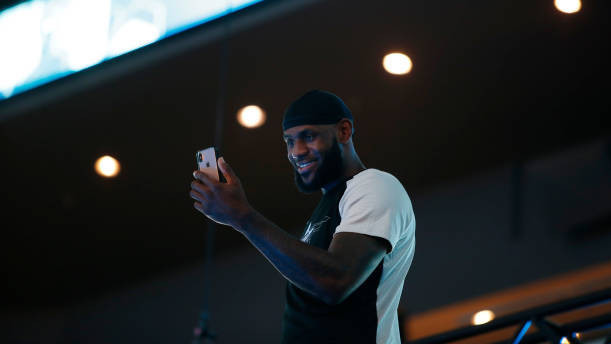 Harden also scored at least 30 points in 32 straight games from Dec. 13 to Feb. 21. Only Wilt Chamberlain's 65-game stretch during the 1961-62 season is longer than the Rockets star's.

Despite being regarded as one of the best scorers in NBA history, Curry is on the first team for just the third time and first time since 2015-16. He had his highest scoring average (27.3) and three-point percentage (43.7) in four seasons for the two-time defending champs.

Nikola Jokic's breakout season landed him on the first team as well. The Serbian becomes the first Denver Nuggets player to make the All-NBA squad since Carmelo Anthony was on the second team in 2009-10. He led the team to a Northwest Division title by averaging 20.1 points, 10.8 rebounds and 7.3 assists in 80 games.

George's season was thrown off track by shoulder issues late in the year that resulted in surgery to repair a partially torn tendon. The Thunder superstar was still able to turn in the best year of his career, averaging 28.0 points, 8.2 rebounds and an NBA-best 2.2 steals per game. He's also a finalist for this year's MVP award.

The 2018-19 All-NBA team is also notable for the inclusion of LeBron James. It wasn't a guarantee he would make it this year. The four-time NBA MVP extends his streak of 15 straight years on an All-NBA squad, but his 11 consecutive seasons on the first team were snapped.

James was considered a borderline candidate for a number of reasons. The raw numbers (27.4 points, 8.5 rebounds, 8.3 assists) suggest he belongs. If you factor in playing time, he missed 27 games due to injuries and load management.

It didn't help James' case that the Los Angeles Lakers missed the playoffs with a 37-45 record and became a punchline because of the chaos in their front office. But his individual body of work was so strong it convinced enough voters to believe he belonged on the team again.