As the Golden State Warriors and Portland Trail Blazers were tied at 108 with just over two minutes remaining in Game 2 of the Western Conference Finals on Thursday night, Portland guard Seth Curry did his best to try to get inside his older brother's head.

Down by one, Stephen Curry went to the line with 2:01 remaining for a trio of free throws. After he knocked down the first, he was seen chatting with his brother as he prepared for potential go-ahead free throws:

Steph made the following two free throws to put his team in front, and the Warriors went on to win 114-111.

After the game, Seth revealed what was said during that exchange:

Seth admits his chirping to his big brother on the free throw line didn’t work 😂😂 https://t.co/BB4ZU2AK88 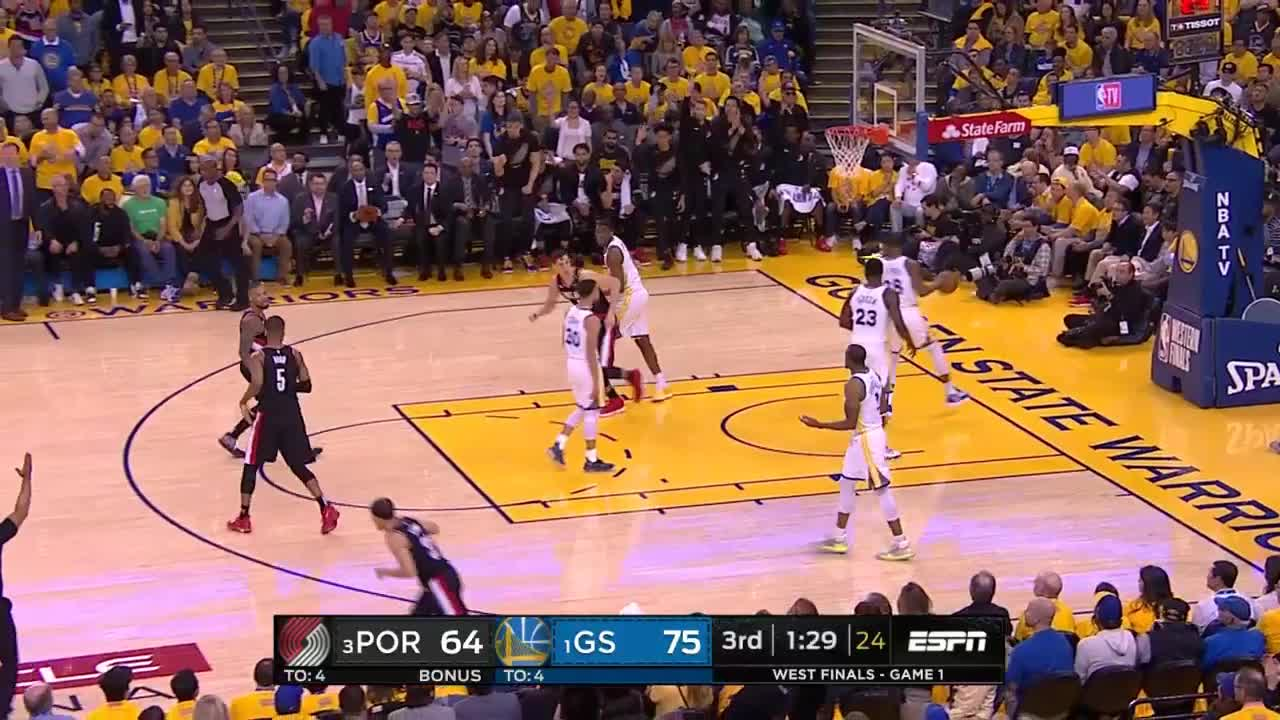 Steph went 11-of-11 from the line for the game and has not missed a free throw since Game 5 of the Western Conference Semifinals against the Houston Rockets, sinking his last 29 attempts. He is now 78-of-82 (95.1 percent) for the postseason.

Steph acknowledged to reporters after the game that Seth had attempted to distract him in the pivotal moment, but the two-time MVP made it clear that he knew how to stay focused:

Stephen Curry on how much trash talk there is between him and his brother Seth. #Warriors https://t.co/jYBkZojPLf

Steph on Curry vs. Curry: “This was like the coolest experience I think I’ve ever had I think playing against him. He was amazing tonight...it worked out perfectly tonight. He played well &amp; we won.” 😂 https://t.co/Ak3hDMVSRR

Game 2 turned into quite the battle between the Currys. Seth went 4-of-7 from three on his way to 16 points, and Steph had a game-high 37.

The series now shifts to Portland with Golden State up 2-0, with tipoff scheduled for Saturday at 9 p.m. ET.