While touching on his time with the New York Giants, Cleveland Browns wide receiver Odell Beckham Jr. wanted to make one thing clear: he wants to win.

After one fan on Twitter labeled him a "locker room cancer," Beckham responded by saying he is only "cancer to a place that's ok wit losing":

Ask the coach .... I beggged him to go to each and every one of those games actually for my teamatws and to be on the sideline for the home games... he told me “No”.... anything else sir. (That’s to whoever tweeted askin why I didn’t travel while I was hurt....) next

@DRAG0TTA Ask any one of my teammates of who I was as a teammates and a man and a person.... yes I’m cancer to a place that’s ok wit losing because I want to win that BADDD. Ur absolutely correct !

The revamped Browns have had just one winning season since 2003, and that came back in 2007.

Beckham's emotional outbursts during games led to some labeling him a "diva," but you can't argue with his on-field production.

He has four 1,000-yard seasons and three double-digit touchdown performances in his first five years in the league. An ankle injury limiting him to just four games in 2017 is the only thing that has slowed him down.

The three-time Pro Bowler has established himself as one of the top receivers in football, but the Giants made the postseason just once in Beckham's time in the Big Apple and failed to win a playoff game.

He signed a record-setting five-year, $95 million extension last offseason; however, approximately seven months after the ink dried, he was traded to Cleveland. That came after New York general manager Dave Gettleman made it clear on multiple occasions the team "didn't sign Odell to trade him."

@GmenThoughts @PhiLTerNY “We didn’t sign him to trade him...” you don’t get married to get a divorce ... I tried my best , the situation I had been in since I got there never changed ... we were still losing. PERIOD... money doesn’t bring happiness brotha... remember that

Beckham said he was just speaking "truth" on Twitter, adding:

@NateLozeau14 A new beginning... and media that isn’t gonna have or look for a story of a sneeze or blow my nose wrong ! Im lookin forward to what God has in store for me!! I’m lookin for to Jarvis Landry and a fresh start

@Kevin_Dasd Cleveland is my home now. Trust me I’m comin wit a bag fulll of energy, I want to win. Period. Im right where God wanted me to be. Let’s have some fun!

He won't get a chance to play the Giants in 2019 (at least not during the regular season), but the Browns will travel to MetLife Stadium on Sept. 16 for a Monday Night Football showdown against the New York Jets. 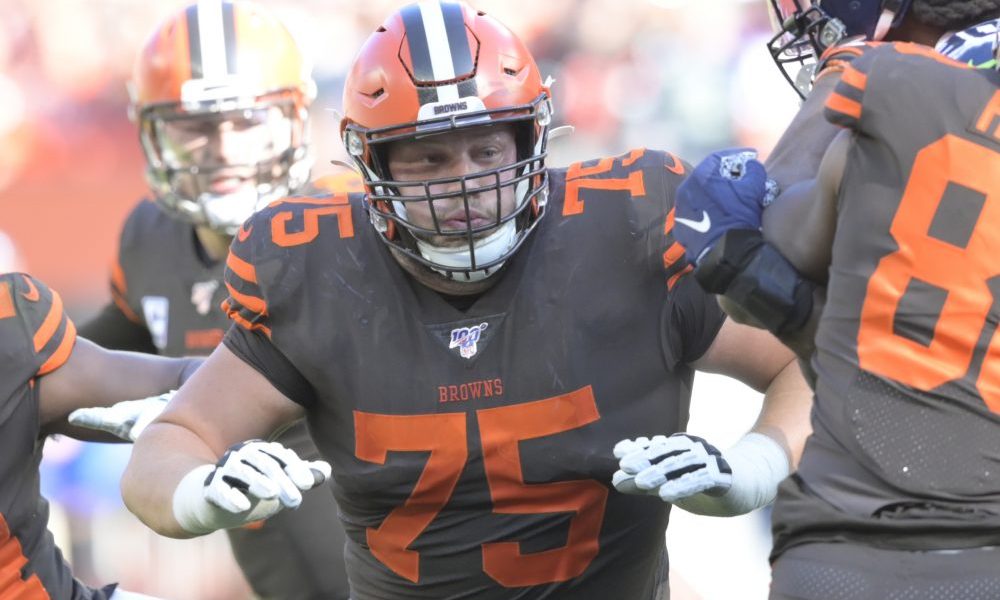