Zion Williamson and the Duke Blue Devils fell short of the Final Four, but the star freshman had a 2019 NCAA tournament to remember.

Williamson scored 104 points over four tournament games. According to ESPN Stats & Info, Derrick Rose was the last freshman to hit the century mark in scoring at the Big Dance. Rose and the Memphis Tigers finished runners-up in 2008.

This is almost certainly the only time Duke fans—and college basketball fans writ large—will get to enjoy Williamson in the NCAA tournament, and he didn't disappoint. The 6'8" forward averaged 26.0 points, 8.5 rebounds and 1.8 blocks. 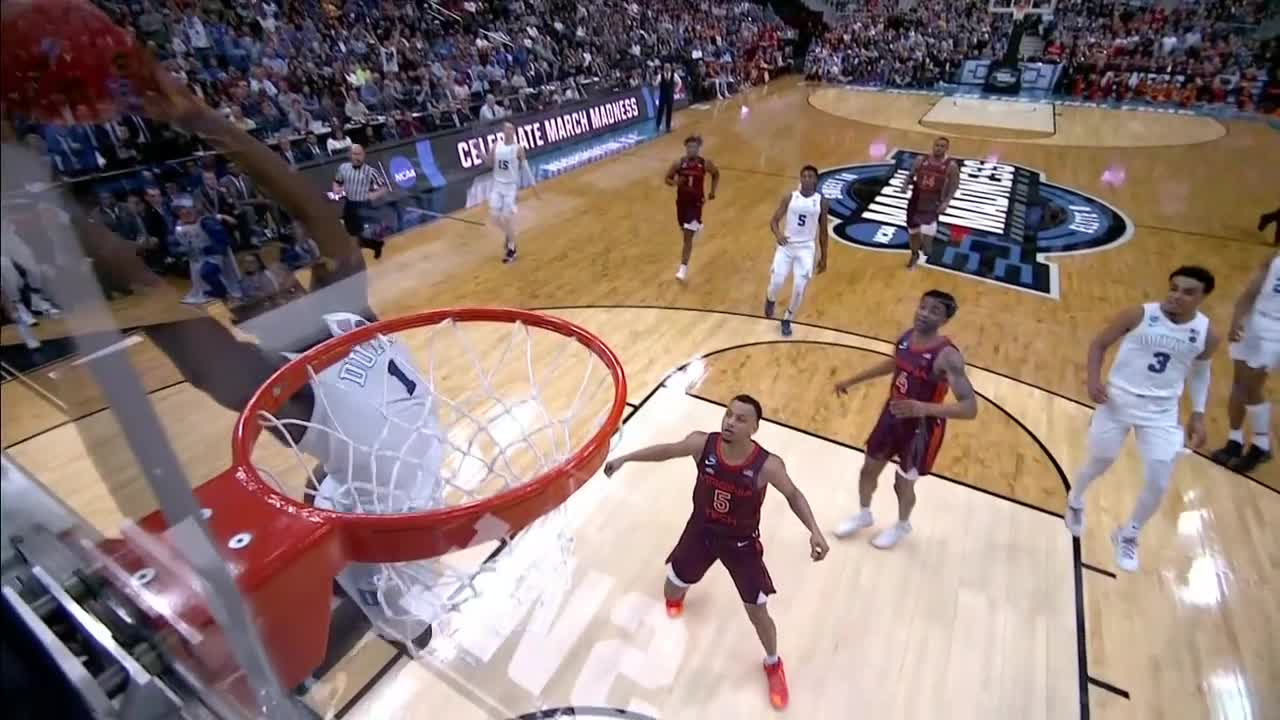 He also carried the Duke offense at times, particularly in their second-round win over the UCF Knights and Sweet 16 victory over the Virginia Tech Hokies. He played 40 minutes in each of those games as well.

Williamson is widely revered as the consensus No. 1 player in the 2019 draft class. Bleacher Report's Jonathan Wasserman projected him to go first overall to the New York Knicks.

A poor showing in the NCAA tournament wouldn't have put much of a dent in his draft stock. Instead, his excellent performances served to strengthen his hold on the top spot.

For the franchises anchored to the bottom of the NBA standings, the draft lottery on May 14 can't come soon enough.

'When will we insist on justice and equality for everyone?'