He will soon be the highest-paid wide receiver in football.

My understanding is the Falcons and Jones are closing in on a deal that would pay him $20 million a year over a four- or five-year contract extension. He would get anywhere from $50 million to $60 million in new guarantees, one source told me.

The deal isn't done. As with any negotiation, contract talks are always fluid, and things can change in an instant. The talks with Jones could take longer, or fall apart, or continue to proceed smoothly. It's also always possible sources are exaggerating the pace of the talks and things aren't close. Just being transparent.

Chris Mortensen of ESPN said in a radio interview that the talks aren't close and the two sides haven't exchanged proposals yet. Not sure I buy that but it's possible.

The main point is this: Jones deserves to be the highest paid receiver.

Last year, Odell Beckham Jr., then with the New York Giants, signed a five-year, $90 million contract, an average of $18 million a season. According to Spotrac, Beckham received $41 million guaranteed at signing and $65 million in total guarantees.

It's likely Jones will surpass that. By a lot.

If Jones signs a five-year extension, look for the total figure to approach $100 million, a number only one other receiver has earned in NFL history: Larry Fitzgerald in 2011, when he signed an eight-year, $120 million extension with the Arizona Cardinals.

With a salary-cap increase of about $11 million per team, and those increases expected to continue into the near future, paying Jones that kind of cash could easily be done.

In fact, if Jones did sign a $100 million deal, it would only tie him with Texans star J.J. Watt, who has the 12th-most lucrative contract among active players. A $100 million deal would rank him behind teammate and salary leader Matt Ryan ($150 million), Khalil Mack ($141 million) and others like Jimmy Garoppolo ($137.5 million), Matthew Stafford ($135 million) and Derek Carr ($125 million).

Things between Jones and the Falcons were tense regarding his contract last summer, as I reported then. While the team, and some in the media, said things were fine between the two parties, last offseason, Jones skipped some team activities and was prepared to sit out training camp.

Then the Falcons added $2.9 million more to his base salary and he was back with the team. Yet even with that additional cash, Jones is set to make only $9.6 million this coming season.

That is an obscene bargain for a player of his caliber, and given the landscape of NFL players showing an increasing willingness to force teams to give them new deals—Antonio Brown, Le'Veon Bell, Kirk Cousins, etc.—it's hard to believe the Falcons haven't noticed the risk.

If this happens (when it happens?), it will be well deserved for Jones. Of all the exorbitant contracts being signed, and fought over, it's Jones who might deserve the richest. Richer than even some of the quarterback deals. It's possible he's the most vital non-quarterback in the league to his specific team.

Despite having a signal-caller who isn't winning too many games on his own, a solid but unspectacular backfield (Devonta Freeman played just two games last year because of knee and groin injuries) and the oft-perplexing coaching guidance of then-offensive coordinator Steve Sarkisian, the Falcons still had the sixth-best offense last season. And a large part of the reason why was Jones, who totaled 113 catches and a league-leading 1,677 receiving yards.

Jones makes Ryan, not the other way around. Pro Football Focus says Jones has more receiving conversions (meaning touchdowns and first downs) than any other wide receiver since the 2014 season with 379. Brown was second (366), and Houston's DeAndre Hopkins was third (348).

Jones is also third in yards after the catch since 2014 with 2,574. Only Golden Tate and Brown have been better.

Some will note that Jones may be good, but when you consider how many star receivers in recent years—Terrell Owens and Randy Moss, chief among them—don't have rings, he isn't worth a huge contract.

This is easily one of the dumbest things I've ever heard.

Owens and Moss both played in Super Bowls, so it's not like they never got there. Besides, the best wide receiver of all time, Jerry Rice, has three rings. Paul Warfield won two with Miami. Marvin Harrison has a ring. Michael Irvin has three. Hines Ward has two. Lynn Swann, Bob Hayes and a number of others do as well.

No one player can guarantee a ring, but they can help set a team up for the opportunity. And that's where the critics get things wrong. It's about having enough weapons to get a team deep into January or early February.

More than perhaps ever before, the NFL is about getting stars. Especially offensive ones.

The league has made it so easy for offenses to score (the last Super Bowl aside) that it's irresponsible not to have a great playmaker.

Not having one on your team is to go into a game with one arm tied behind your back.

And that's why the Falcons are trying to make sure they keep their primary playmaker.

"We'll continue to talk with both Julio and his representation," general manager Thomas Dimitroff said this week of the negotiations, per the Atlanta-Journal Constitution. "We have had really good conversations with them. There is no particular time on that. I'm not concerned about it, nor is he. We'll get that figured out.

"I know there is interest because of everything that’s going on with all of the receivers in the league. Obviously, there are big numbers [being] talked about and a big situation there. Look, we feel good with our communications there."

It's OK to feel positive. That's a big step.

Soon, though, the Falcons will have to do more than be positive. They will have to pay Jones—a lot—for being the unique weapon that he is. 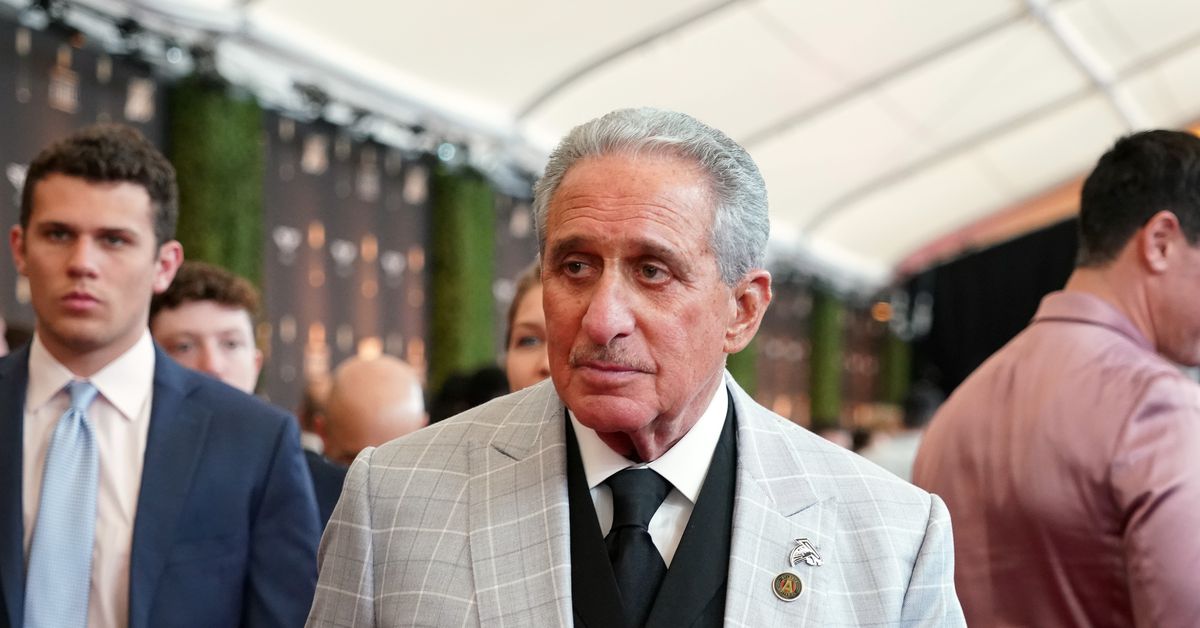 Ranking the Falcons priorities heading into the NFL Draft

Ranking the Falcons priorities heading into the NFL Draft