Michael Gehlken of the Las Vegas Review-Journal wrote that it is unlikely that Cook re-signs with the Oakland Raiders because of the team's budget as well as his developing market.

Rapoport reported earlier on Wednesday that the New England Patriots could also be in the mix:

In discussing the TE market, I passed my along what I know on #Patriots TE Rob Gronkowski: His agent says he has not made a firm decision, but the team is tentatively planning as if he'll be there in 2019 and some people close to him believe he wants to play. https://t.co/YRyC36Xaoi

The soon-to-be 32-year-old Cook is coming off his finest season to date in which he set career highs in catches (68), yards (896) and touchdowns (six). Those impressive numbers led to his first career Pro Bowl selection.

According to Pro Football Focus, Cook recorded the fifth-highest receiving grade (81.5) among tight ends a season ago.

Cook has proved to be a reliable pass-catcher through the years regardless of what uniform he is wearing. Since 2011, he has averaged 48 receptions for 629 yards and three scores.

The high-priced acquisition of receiver Antonio Brown combined with Derek Carr's $125 million contract has Oakland already committing a large chunk of change to its offense. In other words, the team may not be willing to meet Cook's market price, leading him to sign elsewhere. 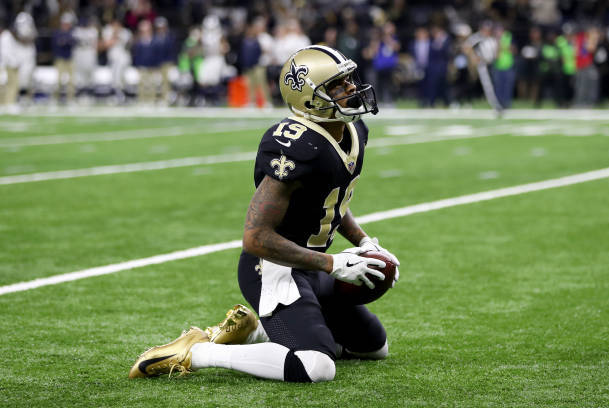 Meanwhile, New Orleans is looking to address the tight end position this offseason following the retirement of veteran Benjamin Watson.