The Brooklyn Nets snapped their three-game losing streak with a commanding 127-88 victory over the Dallas Mavericks in a Monday matchup between struggling teams at the Barclays Center.

Dallas is now just 1-7 in its last eight games, while Brooklyn is a mere 5-9 in its last 14 as it battles for playoff positioning in the Eastern Conference.

Luka Doncic posted 16 points and six boards for the Mavericks, who also received a solid showing from Dwight Powell (20 points, six assists and six rebounds) in the loss. 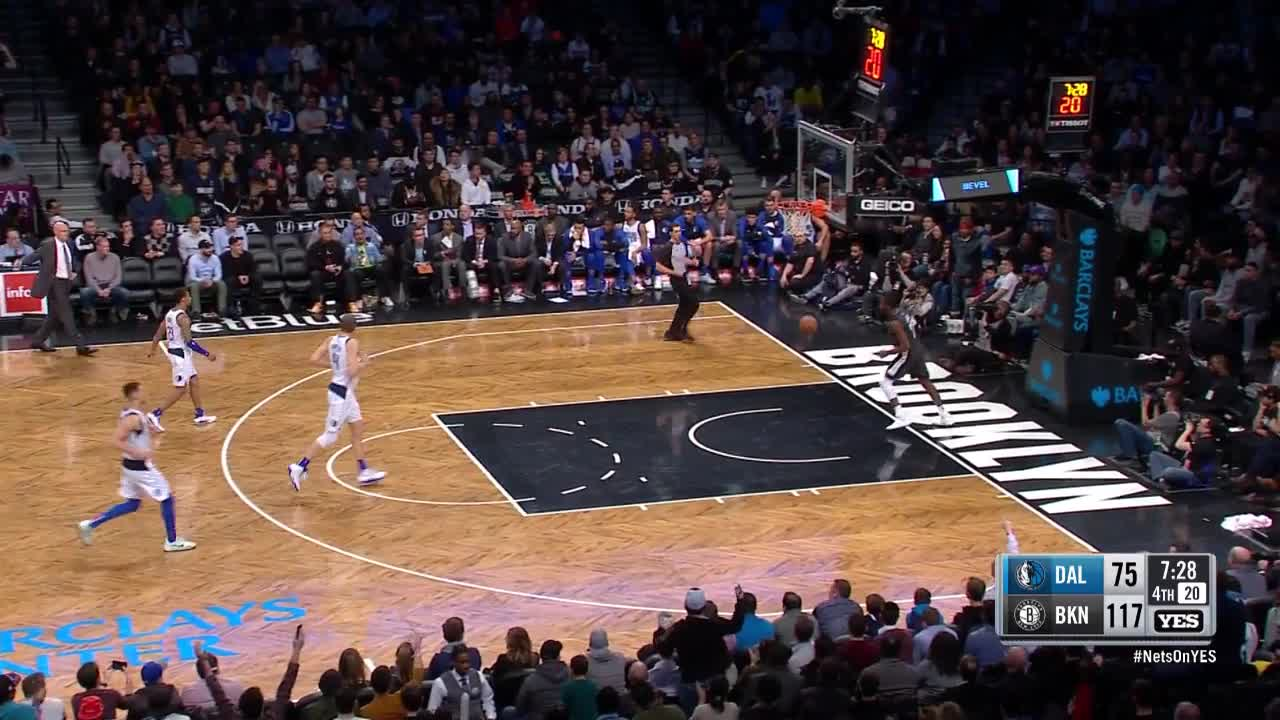 LeBron James' departure to the Western Conference opened the door for the likes of the Milwaukee Bucks, Toronto Raptors, Boston Celtics, Philadelphia 76ers and Indiana Pacers to compete for a spot in the NBA Finals.

One of those teams will likely be matched up with the Nets in the first round of the playoffs and shouldn't overlook them despite a .500 record and tie with the Detroit Pistons for the No. 6 seed.

Russell is the All-Star who has taken noticeable strides this season as a three-point shooter and someone who can create his own looks or facilitate for others. He is a primary ball-handler and can work in pick-and-rolls, punish defenders with his silky smooth stroke and attack the lane.

However, the Nets pose as a dangerous matchup for their depth more than a single playmaker.

According to NBA.com, they are ninth in the league in bench net rating, which puts them ahead of the 76ers and Raptors. That bench depth was on full display against an overmatched Dallas team with Carroll, Spencer Dinwiddie and LeVert doing much of the heavy lifting on the offensive end in the early going and taking the pressure off Russell's shoulders.

It was a testament to the ability of multiple Brooklyn players to pick up the slack, and the abundance of shooting makes it difficult for opposing defenses to hone in on one option. Carroll himself drilled five triples, taking full advantage of openings when the Mavericks found themselves lost on the defensive end.

Joe Harris, Allen Crabbe, Russell, Dinwiddie and Carroll are all above 34 percent from three-point range this season, and Harris made national headlines when he won the three-point contest as one of the best shooters in the league (47.2 percent).

It is not difficult to envision a scenario where the Nets spread the floor in the playoffs and either have Russell attack off the bounce or find their plethora of shooters to challenge their first-round opponent. A barrage of three-pointers can change the tone of a game and series quickly despite a difference in talent, and Brooklyn is a candidate to do just that.

Players are bound to have ups and downs over the course of a long seven-game series, and the Nets have the depth to survive a lackluster showing in an individual contest from Russell or Dinwiddie and still challenge a top team in the Eastern Conference.

The Mavericks were no match for that depth Monday, and the East should at least be alert to the developments in Brooklyn.

Both teams are in action Wednesday, with the Mavericks at the Washington Wizards and the Nets hosting the Cleveland Cavaliers.