Taurean Prince is on the move.

The Atlanta Hawks traded the swingman Thursday to the Brooklyn Nets in exchange for Allen Crabbe and two first-round picks. Adrian Wojnarowski of ESPN provided a full breakdown of the deal:

Brooklyn is trading Allen Crabbe and No. 17 pick in 2019 NBA Draft and protected first in 2020 to Atlanta for Taurean Prince and 2021 second-round pick, league sources tell ESPN.

The 2020 first-round pick is lottery protected, per Wojnarowski.

The Hawks had been discussing potential trades involving Prince, Kent Bazemore and Dewayne Dedmon with multiple teams back in January, per Shams Charania of The Athletic and Stadium.

Perhaps most importantly for the Nets, he also comes with a favorable salary situation, as Wojnarowski explained:

This trade will technically need to be completed in July, at which point Nets would create a $15.0M trade exception, which they could bypass in favor of: (i) $66M of cap room (enough for 2 maxes) or (ii) $46M of cap room plus D'Angelo Russell’s RFA rights. https://t.co/ZlKlq8SrA4

According to Spotrac, Prince is under contract for the 2019-20 season for $3.48 million and has a qualifying option for the 2020-21 campaign for $4.79 million. He is also just 25 years old, meaning his new team has the opportunity to play him during multiple seasons of his prime following this trade.

Meanwhile, the Nets clear Crabbe's contract, which still owed him $18.5 million next season.

The guard averaged 9.6 points per game this season, only appearing in 43 contests while making 20 starts. He likely would have gone into next year behind Caris LeVert and Spencer Dinwiddie on the depth chart.

Crabbe will hope to find a bigger role in Atlanta, although the team can be happy with the draft picks to help the rebuild. 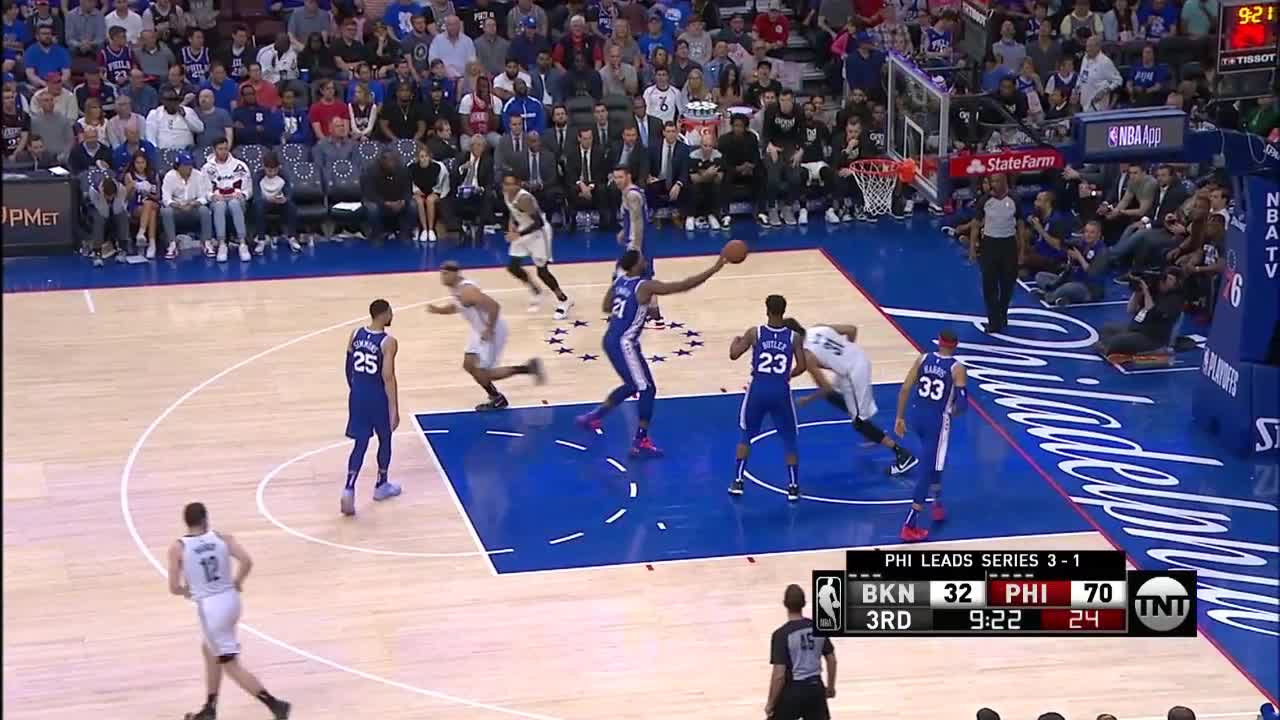 The Baylor product entered the league as the No. 12 overall pick in the 2012 draft and saw limited playing time in his rookie season.

However, Prince took a leap in 2017-18 and averaged 14.1 points, 4.7 rebounds and 2.6 assists a night while shooting 38.5 percent from three-point range and playing all 82 games. He frequently took advantage of openings on the wing when defenders collapsed on ball-handlers with his shooting and could bother jump shooters on the other end with his length at 6'8".

Opponents shot 2.6 percent worse from three-point range than their normal averages when he defended them in 2017-18, per NBA.com.

Prince's three-point percentage improved to 39.0 in 2018-19, and he proved to be a capable scorer thanks to his 13.5 points a night on a struggling Hawks team.

He brings potential on both ends of the floor, can help in the rebounding department and has a team-friendly contract situation, making this an underrated acquisition as the Nets pursue a playoff spot and potential deep run.