The South Carolina Gamecocks got a nice boost to its 2020 recruiting class when 5-star defensive end Jordan Burch committed to play in Columbia at the next level on Wednesday.

247Sports ranks the 6'5", 250-pound lineman as the second-best recruit at his position and the No. 5 overall prospect in the country.

One of the biggest player's to watch today is Jordan Burch, a five-star DE from South Carolina. Have heard from some coaches saying he's the most talented D-lineman in the country. He's expected to announce today around 2 PM ET.

Prior to committing to the Gamecocks, Burch was being recruited by the likes of Alabama, Clemson, Georgia and LSU. South Carolina had the 20th-ranked recruiting class in 2020, per 247Sports, and should only move up the rankings with Burch now in the fold.

South Carolina had to battle in-state rival Clemson for Burch's services, but ultimately, the Gamecocks' coaching staff may have been the difference-maker.

"South Carolina visit was nice. Coach Muschamp showed me around and showed me everything," Burch told The State's Lou Bezjak in March 2018. "I enjoyed talking football with coach Muschamp, and it made me think about recruiting."

It was clear the Gamecocks were in the mix early on, and they found a way to close the deal.

Although Clemson may have more team success than South Carolina in recent years, the Gamecocks have proven they can put stars in a position to be a top pick in the NFL draft. It may have come under a different coaching staff, but Jadeveon Clowney was the No. 1 overall pick out of South Carolina in 2014.

Comparing Burch to Clowney would not be fair at this point, but it's clear he has the skill set to be a game-changer on the defensive side of the football. 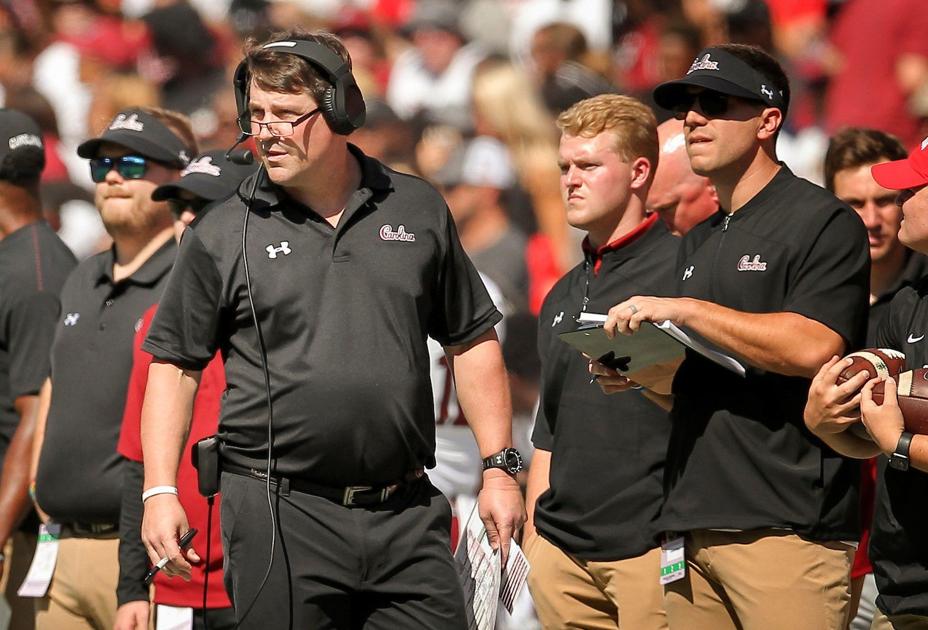 ‘Game continues to slow down’ for Ryan Hilinski, but Gamecock QBs will have to adapt

‘Game continues to slow down’ for Ryan Hilinski, but Gamecock QBs will have to adapt