At home, on national television, in his team's annual marquee game, Matthew Stafford had a chance on Thanksgiving to help his Detroit Lions salvage their season with a win that would have moved Detroit within a game of a wild-card spot in the NFC.

All the 30-year-old quarterback had to do was put together a sturdy performance and help the Lions beat an opponent that was traveling on less rest than any team in the NFL this season.

The CBS broadcast crew suggested that the Chicago Bears were the first team in NFL history playing a game just 85 hours after their previous game ended, and injury was added to insult because they were without franchise quarterback Mitchell Trubisky.

Despite all of those circumstances, the Lions failed. So did Stafford, who was outdueled by career backup quarterback Chase Daniel in a shameful 23-16 loss at Ford Field.

The highly paid but inconsistent veteran signal-caller threw two interceptions—including a game-deciding pick-six—on as many fourth-quarter drives as his team blew a four-point lead in that frame, leaving the Lions circling the drain at 4-7 with still more than a month remaining in head coach Matt Patricia's debut season.

Might this be the only season that features Stafford and Patricia together in Southeast Michigan?

It's gotta be a thought.

In Detroit's last four critical midseason games, the Stafford-led Lions offense is averaging just 16.8 points per outing. During that span, Stafford has three touchdown passes to four interceptions, is averaging 6.1 yards per attempt and has a 78.0 passer rating.

All four of those picks came against the Bears, who are admittedly as tough as anyone on defense, but that's not a good enough excuse. When you're the fifth-highest-paid player in the history of professional football, you occasionally have to carry your less accomplished, less talented and lower-paid teammates.

Not only did Stafford fail to do that Thursday, but he's also failed to do it throughout the 2018 season.

Even though he's been relatively healthy this fall, Stafford is one of just six quarterbacks with 10-plus interceptions and fewer than 20 touchdown passes. His company? Sam Darnold, Ryan Fitzpatrick, Jameis Winston, Case Keenum and Josh Rosen.

Last season was the highest-rated campaign of his career, but his passer rating has now dropped by 9 percent. Two years ago, he led an NFL-record eight fourth-quarter comebacks. This year, he's got zero, and Detroit has blown a pair of fourth-quarter leads.

Stafford isn't the team's sole problem, but he is a problem when he should be masking problems elsewhere—and that's the problem.

He's supposed to be in his prime. This is his 10th season, and it almost certainly will be his 10th without a playoff win. He's taken the Lions to the postseason just three times during his decade in the Motor City.

It might be time to move on and start fresh at the game's most important position—especially if that means saving $28.5 million a year, which according to Spotrac is Stafford's average cap hit over the next four seasons.

Matt Stafford is a 10-year veteran, with nearly $200 million in career earnings, and has never won a playoff game.

Stafford may not be suited for Patricia's conservative approach. Under Patricia, Detroit's personnel strategy will likely continue to shift toward building the defense. The Lions could certainly use some of Stafford's money for that, and they'd be smart to consider any offers from those interested in taking him off their hands.

It wouldn't be easy—but it isn't out of the question.

First, general manager Bob Quinn and his boss, Martha Firestone Ford, would have to agree that the ship has sailed on Stafford's ability to bring a Vince Lombardi Trophy to Wayne County. That might seem obvious considering that Stafford has yet to lead the franchise to a playoff win in nearly a decade on the job, but that would be a tough pill to swallow for an organization that hasn't had a quarterback on even Stafford's level since before the invention of the microchip.

Second, they'd have to convince a competitor to trade for Stafford and his bloated salary. But you just know that somebody would look at his ability and figure they could get more out of him than Detroit has. All three Florida teams could be looking for quarterbacks next offseason, and you have to think the Dallas Cowboys, New York Giants and Oakland Raiders could be potential suitors.

There's a good chance the Lions decide they're better off taking the pay-and-pray approach—that is, paying Stafford and praying that he'll eventually see the light and experience a later-than-ideal awakening. And there's even a chance hindsight will favor that strategy.

But with a semi-steady stream of young, cheap quarterbacks arriving on NFL shores every spring, the front office would be silly not to explore the trade market and consider alternative options under center. 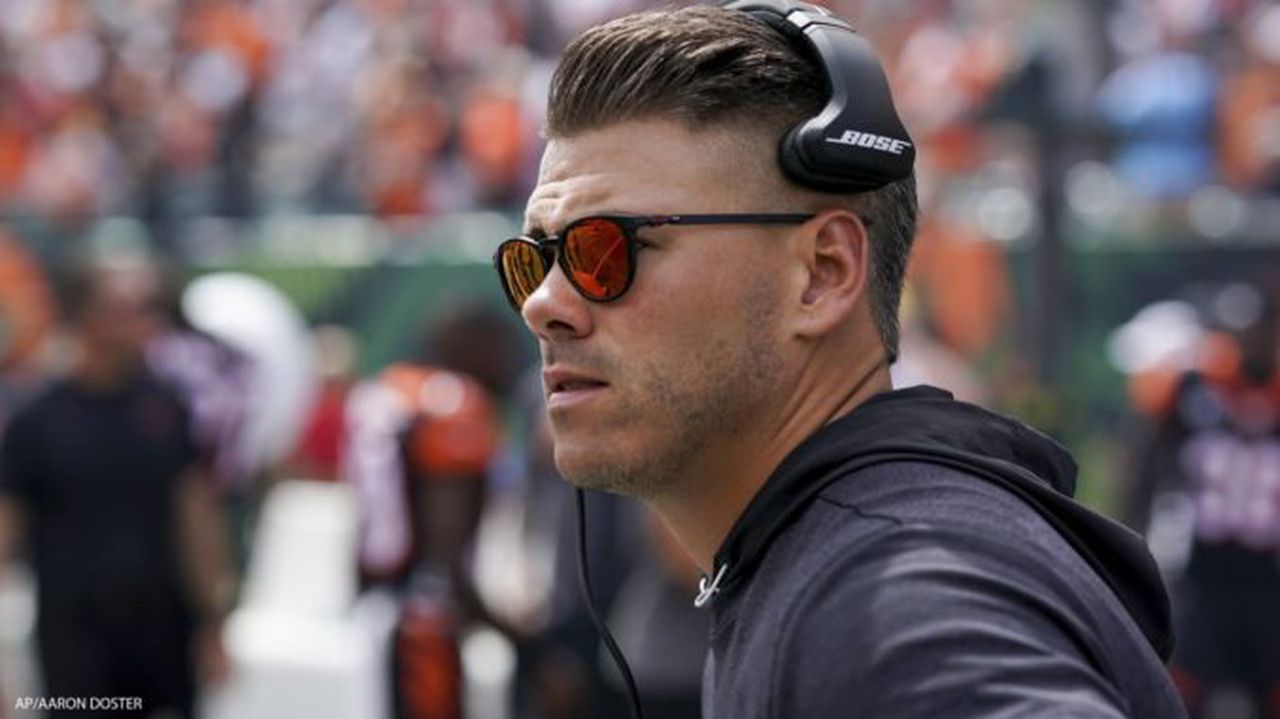 Detroit Lions want Kenny Golladay to be like DeAndre Hopkins; other coordinator takeaways

Detroit Lions want Kenny Golladay to be like DeAndre Hopkins; other coordinator takeaways