Philadelphia 76ers point guard Ben Simmons has been ruled out of the remainder of Wednesday's game against the Utah Jazz after exiting during the first half because of right shoulder soreness.

Shams Charania of The Athletic and Stadium reported Simmons has a minor sprain of the AC joint in his right shoulder and will be re-evaluated on Thursday.

Simmons had two points, two assists and one rebound in 10 minutes of action prior to leaving against the Jazz.

After missing his entire first season with a Jones fracture in his foot, Simmons stayed healthy in 2017-18, playing in 81 regular-season games and all 10 of the team's postseason contests, averaging 15.8 points, 8.2 assists, 8.1 rebounds and 1.7 steals per game. He also posted 38 double-doubles and 12 triple-doubles.

That earned him Rookie of the Year honors, giving the Sixers an exciting young superstar pairing in Simmons and Joel Embiid.

Injuries weren't much more of a storyline for Simmons in his sophomore campaign, as he missed only three games all season. The Sixers were 1-2 without him.

Simmons provides elite playmaking in the half court and is already one of the league's most devastating forces in transition, using his size, speed and incredible vision either to beat opponents at the rim or find open shooters for easy looks. He's also a solid defensive player, using his length to disrupt passing lanes, his speed to shadow guards and his size to bang in the post against big men on switches. 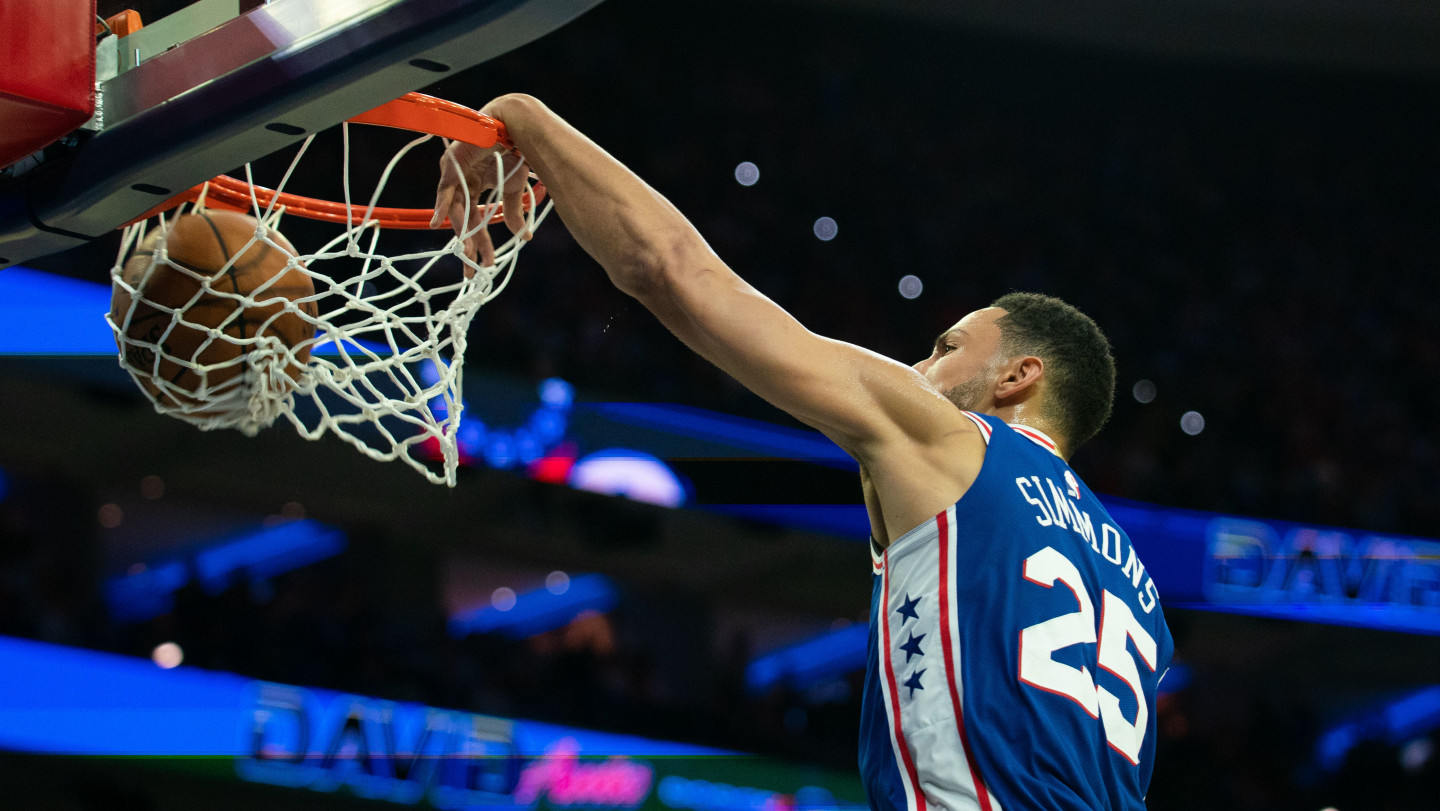 While the Sixers are still working out some of their kinks on offense—Simmons is at his best either cutting off the ball or operating in the post, where Embiid also prefers to operate—few players offer the unique skill set Simmons brings to the table.

If he's able to develop a more reliable mid-range shot and adds consistency at the free-throw line, he'll be one of the league's most dominant players. As it stands, he's still a top talent.

While he's out of commission, Raul Neto and Trey Burke will battle for minutes at point guard. Josh Richardson has also handled facilitating duties this season and could see his role expand in that regard.

The Legend of Shake Milton Continues to Grow

The Legend of Shake Milton Continues to Grow