Miami Marlins CEO Derek Jeter didn't take kindly to a line of questioning from Bryant Gumbel about the current state of the Major League Baseball franchise.

In an interview that will air on HBO's Real Sports this Tuesday (h/t Barry Jackson of the Miami Herald), Jeter referred to Gumbel as "mentally weak" when discussing if the Marlins were attempting to tank this season.

Gumbel specifically asked Jeter if he would admit to the Marlins tanking.

Jeter responded by asking what tanking is then later went on to say he can't tell Gumbel how to think about what the team is trying to do. He added that teams would "never tell your players that you are expected to lose."

The Marlins traded Giancarlo Stanton, Christian Yelich, Marcell Ozuna and Dee Gordon during the offseason. That quartet has a combined salary of $51.5 million this season.

Miami's current payroll of $99.3 million is the eighth lowest in MLB. The franchise also denied Laurence Leavy, aka Marlins Man, the right to buy season tickets after he had a verbal altercation with Jeter during a town hall session in December.

Jeter and Bruce Sherman purchased the Marlins from Jeffrey Loria in August. They are last in the National League East with a 5-14 record entering play Saturday.

Where the Marlins stand two weeks from opener 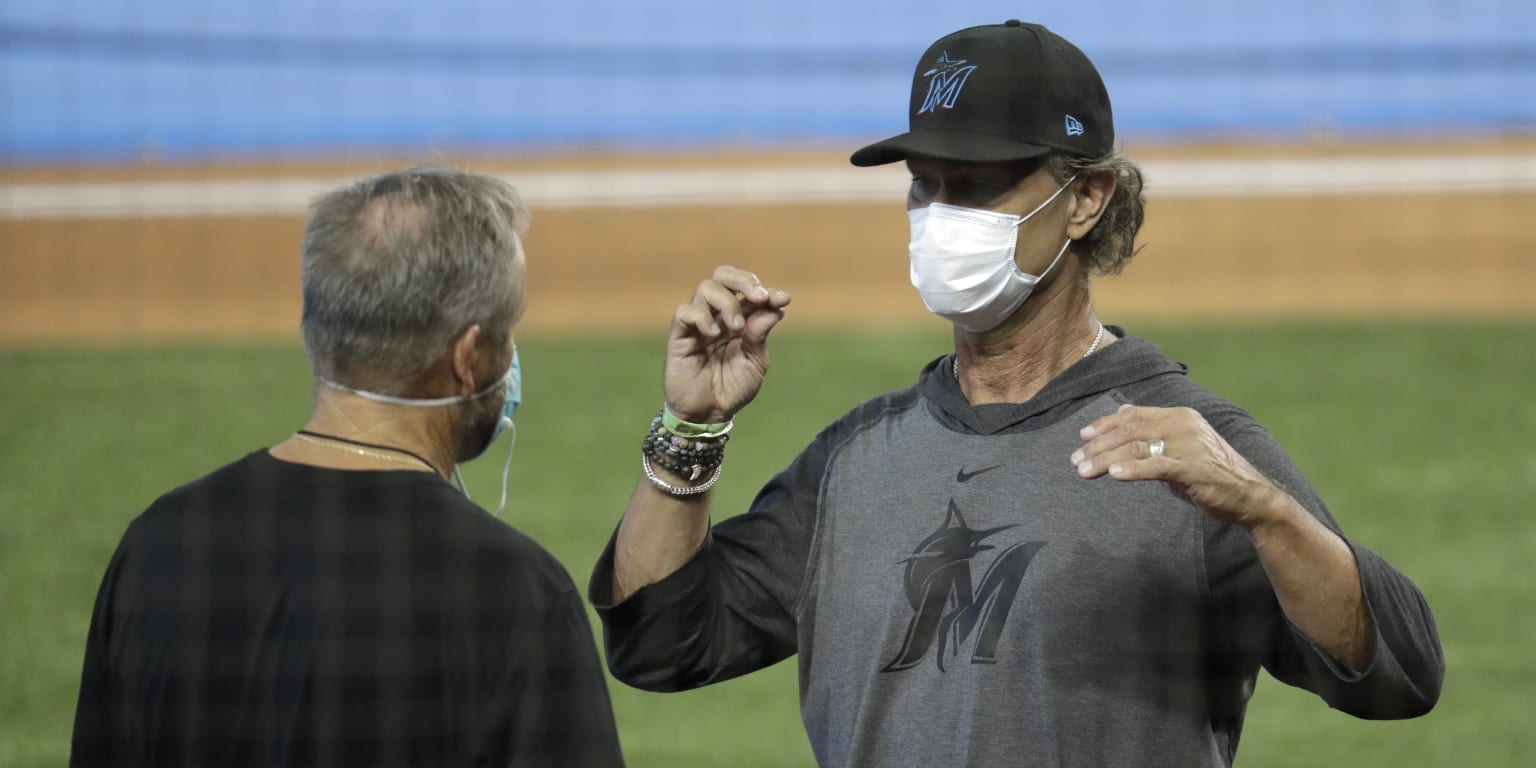 Where the Marlins stand two weeks from opener