Arsenal majority shareholder Stan Kroenke has said he will never sell the club and has also defended manager Arsene Wenger.

The 70-year-old was asked at the club's Annual General Meeting whether he would ever sell up and said "no, absolutely not" and also noted he has "a lot of respect for Arsene," per John Cross at the Mirror.

Kroenke, who owns a 67.1 per cent stake in Arsenal, faced questions from shareholders and supporters at the AGM and underlined his commitment to the cause.

Alisher Usmanov, who owns 30 per cent share of Arsenal, attempted to buy out Kroenke for £1 billion in May, but the deal fell through, with the American unwilling to sell, per David Hytner at the Guardian.

Kroenke then responded with an offer to buy Usmanov's stake earlier in October, but the Russian billionaire also refused to give up his stake in the club, per Mattias Karen at ESPN FC.

The American is unpopular with many Arsenal fans, who are frustrated with a perceived unwillingness to invest heavily in the first team.

Last season was notable for supporters protesting against Kroenke at matches, with fans demanding a new approach after becoming disillusioned by the team's inability to mount a serious title challenge.

Kroenke also spoke about supporters, and his comments are unlikely to go down well with Arsenal fans:

"The best thing is the rabid fans...the worst thing is the rabid fans. They are passionate about the club, they have the right to their opinions and the only part I worry about is how it affects the players and the coaching staff. It can have a bad effect on that group and that's the last group you want it to have a bad effect upon. That's how I look at it."

Manager Arsene Wenger signed a new two-year deal in May but has faced criticism again this season with Arsenal already nine points behind leaders Manchester City.

Kroenke defended Wenger but said that fans were entitled to have their opinions of the Arsenal boss.

Wenger oversaw a successful FA Cup campaign last season, which helped to ease some of the frustration felt around the club after they finished fifth in the Premier League and missed out on UEFA Champions League qualification.

Opta noted how Wenger's record of winning trophies at Arsenal has slowed in recent years:

Despite Wenger's new contract, the club's familiar failings have been all too apparent again this season.

The Gunners have already been beaten three times in the Premier League and remain vulnerable defensively.

Key men Mesut Ozil and Alexis Sanchez are also out of contract next summer, and Arsenal consequently face seeing them walk away for free if they do not sign new deals before then.

The duo may be unwilling to stay at the Emirates Stadium because the club already looks unlikely to challenge for the title this season.

Although Arsenal spent big on Alexandre Lacazette in the summer, they may find it difficult to even secure a top-four place this season. 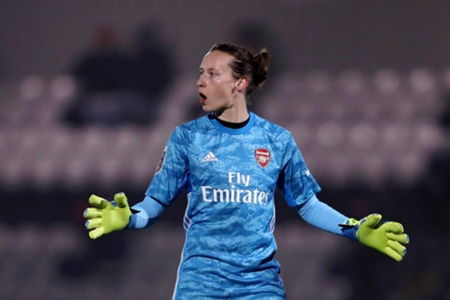