It seems difficult for the modern football fan to comprehend, but there was a time when the game was not dominated by Cristiano Ronaldo, Lionel Messi and their seemingly eternal, intergalactic battle for supremacy.

There was a time when other players might have been argued over, supported the claims of or even officially crowned the best player in the world, but that time is now a full decade past. Since then, the Portuguese forward has won the Ballon d'Or four times; the Argentinian maestro five.

The current list of candidates for the 2017 version of the award features 30 names, but it still only showcases a battle between those same two.

Is Ballon d'Or number 5️⃣ on the way for Cristiano Ronaldo? 🤔 | @stighefootball thinks so! https://t.co/y3s7MfvheA https://t.co/DdlXvnPyh6

It has been 10 years since an alternative player presented a strong enough case to leave Ronaldo and Messi to mere podium-place fillers, looking up at another who could call themselves the greatest; back in 2007 it happened, though.

Back in 2007, the best footballer in the world was Kaka.

The familiar story of a Brazilian street-urchin turned global superstar doesn't apply to Ricardo Izecson dos Santos Leite, but it doesn't lessen his story in the slightest. Kaka joined Sao Paulo as a youngster, and had signed for AC Milan by age 21—but before then, he had to overcome a severe spinal injury that might have ended his career.

Soon after joining the Serie A side, though, he became a fixture in the Milan outfit of Carlo Ancelotti and helped the team to the 2003/04 title in his maiden campaign. Ten goals in that initial season showcased what was to come, not just in finding the back of the net but for his overall productivity in the final third.

Kaka displaced Manuel Rui Costa from the team, forged a tremendous understanding with key strikers Andriy Shevchenko and Pippo Inzaghi, and became the creative hub of the Rossoneri.

The Brazilian spent six years at the San Siro, and although that opening campaign was the only one to yield a league title, there was plenty more success—team and individual—ahead to enjoy, as Kaka's particular style and incomparable genius made him a household name for both club and country.

To do so for Brazil, in the era he did, should alone be a testament to just how good Kaka was.

The great Ronaldo bore the No. 9 shirt, Ronaldinho the No. 10. There was also Adriano, then still a muscular, unstoppable striker in good standing—yet Kaka had to be included, and Carlos Alberto Parreira found a way to include all four in a 4-2-2-2 system. Kaka's industry and selflessness was the only factor that made it possible, given the others' propensity to remain part of the attack.

That team didn't win the FIFA World Cup, but Kaka remained in the side under various managers—either side of injuries and semi-permanent exiles—to rack up almost a century of caps: 92 in total, the same as Pele, more than Dunga, Rivaldo, Dida or even Neymar so far—though the latter will inevitably surpass him eventually.

Those national-team exploits, though—winning two Confederations Cups, a part of the 2002 World Cup-winning squad, being awarded the Golden Ball at the 2009 Confeds and the favour he found from coaches and fans alike—all stemmed from his unrelenting brilliance at AC Milan.

Ronaldinho had frightening, fantastical, flamboyant ability. There's no doubt there came a spell where he was the best in the world, combining pure joy of his style with a devastating end product.

His gait, particularly when in possession, was mesmeric. Reasonably unusual in stature for a playmaking midfielder at a little over six feet tall, Kaka could still turn and accelerate past a defender in the same way the smaller, low-centre-of-gravity No. 10s would manage—but that same elegant, long-legged stride made him unstoppable on the run.

Kaka had real power and acceleration in possession, simultaneously appearing to glide and surge to leave defenders for dead in one-on-one situations; while he rarely showboated with insane stepovers or made opponents look foolish with clever footwork, he was difficult to dispossess.

At the end of Kaka's solo dribbles, there came real genius in execution. A perfectly weighted pass between defenders is tough enough to do at the best of times, but to do so on the run, after a 30-metre sprint, often off-balance due to being challenged, is an act of creativity reserved only for the best.

Kaka could make it look as routine as a short corner.

An ability not only to make the pass, but to even see it, to witness his team-mates' runs ahead of him and judge just when to initiate releasing the ball, was at-times perfection matched only by the true elite in the modern era: Zinedine Zidane, Andres Iniesta and few others.

Kaka netted close to 100 goals in the red and black, but his tallies were all about consistency: never more than 20 in a campaign, only once fewer than 14. Big games, big moments, and Kaka would make sure his team had a chance.

Those were his individual titles; with Milan, he lifted the Champions League, the UEFA Super Cup and the FIFA Club World Cup.

And it wasn't even close, amassing almost 200 points more in the Ballon d'Or voting than second-placed Cristiano Ronaldo. It can't have been a surprise, either. In the Champions League semi-finals, Milan faced United—Kaka faced Ronaldo.

The Brazilian netted three times across the two legs, including a brace away from home, to send his side through 5-3 on aggregate. It wasn't just goals where he impacted; Kaka ran the game, from start to finish, and showed an individual quality far and away above any other player on the pitch.

His ability to handle the biggest stage came to the fore just as much as his technical brilliance; combining the two there was nobody who could stop him.

That was perhaps his standout, most memorable contribution on the big stage of all time, and it sent Milan toward the final, the trophy and his haul of individual platitudes.

What should have been a natural progression and a perfect union sadly never worked out, and Kaka's transfer to Real Madrid was the start of his legacy being unfairly tarnished, unduly forgotten in some quarters.

His switch wasn't quite a world-record fee—that belonged to Zidane—but his second-place price tag was bumped down to third even before the season started, as Cristiano Ronaldo followed him to the Santiago Bernabeu.

It meant quite the collection of attackers: Raul, Karim Benzema, Guti, Gonzalo Higuain and Rafael van der Vaart were also all at the club, and while the ability (and price tag) of Kaka meant he would easily command a place, it was the arrival of Ronaldo—and their subsequently diverging paths—which has really seen Kaka's former brilliance fade from memory rather quicker than it ought to have.

Injuries meant the Brazilian wasn't on the pitch as often as he'd like, and when he was, it was often playing catchup, tactically as well as physically.

He still had a particularly good campaign in 11/12—winning the title in La Liga was just reward that year—but it wasn't the sweeping, dominant Kaka of old.

Four years at Madrid left some feeling underwhelmed by Kaka's contribution. Was it just injuries that saw him deliver below what he was capable of? Or was he now being measured on a scale of one-to-Ronaldo, who had surpassed not just Kaka, but every player in the world other than Messi by this point?

Kaka returned to Milan in 2013, spending time playing effectively as a second forward, before a short stint back at Sao Paulo preceded his move to MLS.

There he became a Designated Player for expansion side Orlando City, where he has played the past three years as a key figure in MLS, at times showing glimpses of that old, majestic ability.

Now aged 35, Kaka has just played his final game for the Lions. He departs the Florida side having been unable to help them into the play-offs since they joined the league, but he played in the All-Star game each year and was named MVP of the fixture in 2015.

Perhaps it's somewhat poetic that the highest-profile part of Kaka's career is bookended in this way: Since he won the Ballon d'Or in 2007, no player from Serie A has even been named in the top three. Now as he departs MLS, a rebirth of Italian football is well under way and the league is more competitive, more fuelled by quality, than at any point since he initially left.

There isn't another like Kaka, and the genius he brought to the game in the mid-to-late 2000s shouldn't be easily overlooked or forgotten.

Barca Have to Pay Liverpool €5M If Coutinho Wins UCL 😬

Barca Have to Pay Liverpool €5M If Coutinho Wins UCL 😬 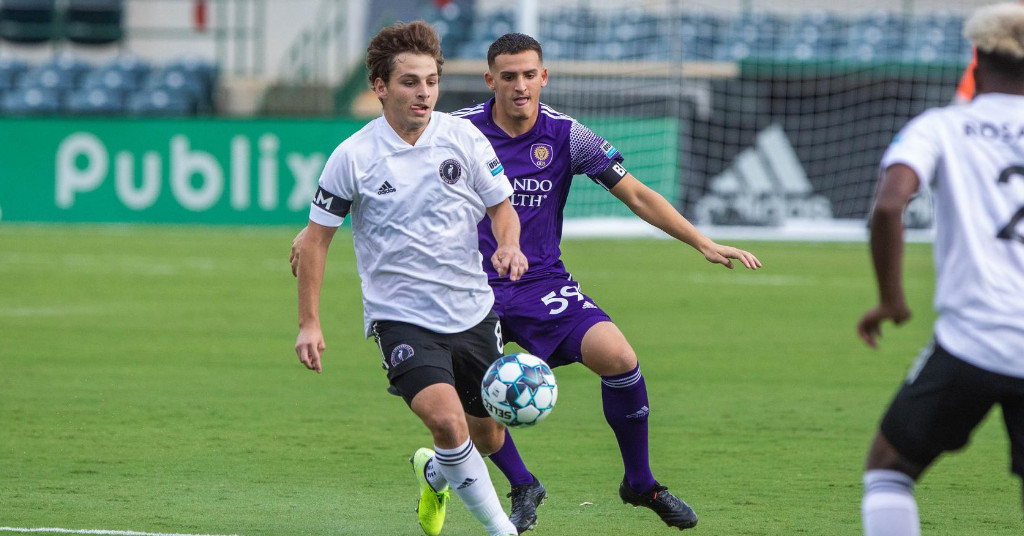 Sean Rollins
via The Mane Land