WASHINGTON, D.C. — Cataloguing the Washington Nationals' monumental postseason flops has become such a gargantuan task, clearly the government must create a new federal agency just to keep up.

Word is, they've already got a file started at the nearby Library of Congress. Across town, from his own memorial monument, Abraham Lincoln rolls his eyes and sneers.

Even by the Nationals' own standards, Game 5 of this NL Division Series against the Chicago Cubs was hide-the-women-and-children hideous.

Oh, it was a lot of other things, too. Epic. Incredible. Interminable. Riveting. Maddening (and Maddoning). It was tragically flawed and tragically hip. And in the end, in the good ol' District of Columbia, it was just plain tragic.

The Cubs escaped, 9-8, and the Nationals' perfect record was kept intact. Since moving from Montreal in 2005, they have never won a postseason series. Not one.

"It's what you live for," Bryce Harper said quietly in the loser's clubhouse of the noise, the drama, the action that spread over four-and-a-half hours and for a time gave the Nationals hope before delivering the usual crushing finish. "Go out and battle your tail off.

"It was a great, tough game. We did all we could to win. We just came up short."

The pit in the middle of this particular piece of fruit came in the fifth inning with the Nationals leading 4-3 and ace Max Scherzer entering the game. He quickly got two outs, then got two strikes on Willson Contreras before the catcher beat out an infield single struck just a bit too far to the left of Trea Turner for the shortstop to do anything about it.

Then Scherzer worked Ben Zobrist to a two-strike count before Zobrist looped a single to center.

Up next, Cubs shortstop Addison Russell ripped a two-run double down the third-base line. Instead of hugging the line with two out, Washington's Anthony Rendon was a little too far off the bag.

Then things got really bizarre: The next four Cubs reached on an intentional walk, a passed-ball strikeout, catcher's interference on Matt Wieters and then a hit batter.

It was a 28-pitch inning for Scherzer. Four Cubs scored. A 4-3 Washington lead became a 7-4 deficit.

The only pitch he regretted, Scherzer said, was the changeup that Russell belted for a double. Otherwise…

"I didn't let the adrenaline get too high," Scherzer, still stunned and agitated, said as the Nationals slowly headed into another premature offseason. "I didn't come out too amped. I was throwing the ball well. You have to stay numb.

"I knew everything was getting sideways. I was numb, going, 'OK, what do I gotta do next? OK, passed ball, now get [Tommy] La Stella. OK, catcher's interference, now I've gotta get [Jon] Jay. Bury the cutter. OK, what's next? I've gotta get [Kris] Bryant.'

The Nationals tried. Lord, did they try.

No question, this was the biggest game since the franchise moved from Montreal. And the Cubs tried their damndest to give it to them. Between the sixth and eighth innings, Cubs pitchers walked an astounding seven Nationals batters. Three scored. Chicago did everything but gift-wrap this thing and, still, same as always, Washington could not find the path to victory.

"They all burn," said Scherzer, who lost his share of October heartbreakers in Detroit before signing a seven-year, $210 million deal with Washington before the 2015 season. "This one burns.

"You're going to be kicking yourself the whole offseason."

Look, this isn't a case of kicking a team when it's down. This is what the Nats do in October.

When they staked starter Gio Gonzalez to a 4-1 lead over the Cubs thanks to hero-for-a-millisecond Michael A. Taylor, whose three-run, second-inning homer gave him seven RBI in his past two NLDS at-bats, things were looking really good.

But veteran Nationals watchers knew one thing: They had been here before, Game 5 in 2012, when Gonzalez was the starter and the Nats staked him to a 6-0 lead.

They couldn't win that clincher, losing 9-7 to St. Louis.

And they couldn't win this clincher, losing 9-8 to the Cubs.

This is a club that now has won the NL East in four of the past six seasons. That 2012 group produced the best record in the major leagues. In 2014, they were bounced in the NLDS by San Francisco. Last year it was the Dodgers who bit them in another Game 5 right here in Nationals Park, capped when Los Angeles ace Clayton Kershaw dramatically emerged from the bullpen for a save.

The last time the District of Columbia saw its team win a postseason series was when the 1924 Senators won the World Series.

Break up the Nats. Seriously.

They practically covered Strasburg in protective bubble wrap in 2012, shutting him down early to protect his precious arm from throwing too many pitches. Didn't matter, as he didn't pitch last postseason because, yes, his right elbow was hurt.

In the clubhouse, manager Dusty Baker made the rounds well after midnight, catching each player individually at his locker for a hug and a thank you. It was touching and poignant. It also was depressingly familiar.

Managers come and go around here. Players change. But one thing doesn't: October always ends with a thud.

"Nothing really surprises you in baseball," catcher Matt Wieters said. "You've gotta play every game how it is. This one was 9-8.

Harper talked about how sad he is that fellow outfielder Jayson Werth, whose contract is expiring, probably played his last game for Washington. Harper had talked this spring in emotional terms about how badly he wanted to send Werth out a winner.

Nope, didn't happen. And now Harper is eligible for free agency after next season, and you can see this team's best chances at Champagne and parades clearly in what sure looks like a rear-view mirror. Harper talked about how the goal still is to "take the next step" and, to get there, trusting in general manager Mike Rizzo and what he's going to do this winter in terms of personnel moves.

But this was perhaps Rizzo's finest summer, adding outfielder Howie Kendrick after center fielder Adam Eaton suffered ACL and meniscus tears and addressing bullpen issues that have been there for years by acquiring Brandon Kintzler, Sean Doolittle and Ryan Madson.

This was the Nationals' best chance, best team, in years. And they still couldn't punch their way out of the NLDS even though the Cubs gave them ample opportunity.

"The Cubs are a great team," Harper said. "We knew that coming in. They have a great staff and a great team. We do as well.

"They just came out on top."

And in other news, leaves turn red and gold in the autumn, and Halloween is coming on the last day of this month.

"It's a bummer," Harper said, quietly.

"This game is cruel sometimes," Scherzer said, "the way things can happen."

Meanwhile, down the hall, the defending world champion Cubs were whooping it up, headed for Los Angeles and another big bite of that sweet October pie. 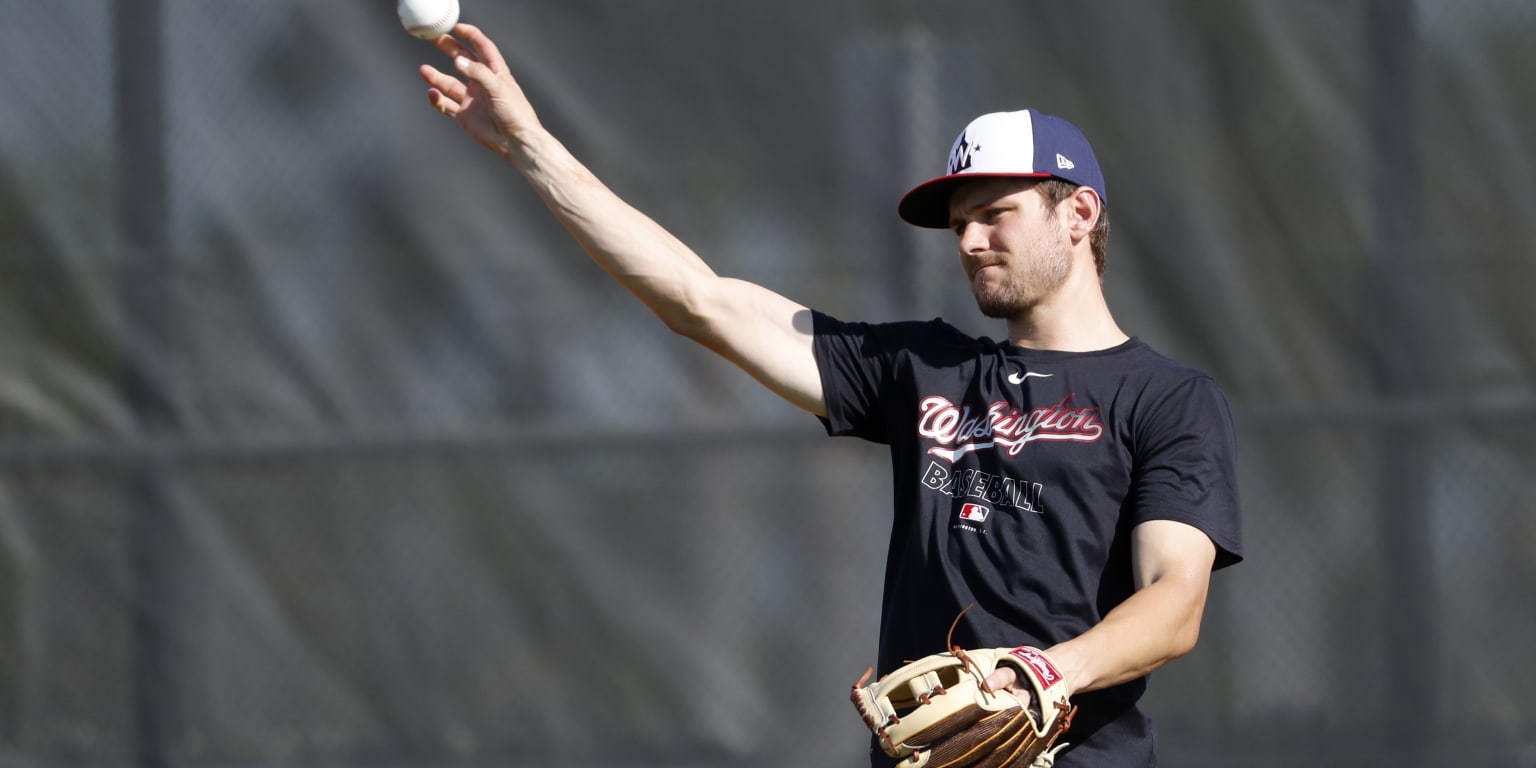 Which MLB stars are making the most this year?💰