After the Denver Broncos and San Francisco 49ers had a joint practice on Wednesday, Von Miller had high praise for 49ers offensive tackle Trent Brown.

The Broncos and 49ers are no strangers to each other. They shared a practice field last year during the preseason when Miller first heaped praise upon Brown.

"...I feel like Trent Brown has a very bright future in the National Football League," Miller told DeMarcus Ware on NFL Network's Talk Now (via David Fucillo of Niners Nation) in 2016. "He’s 6’8, he knows how to use his arms, knows how to use his wingspan, he has length. So I feel like, he’s young, and people haven’t really seen him, but I feel like he’s one of the better tackles in the National Football League."

Brown has been a success story for the 49ers. He was a seventh-round draft pick in 2015, appeared in six games as a rookie before starting all 16 games last season.

Miller has been one of the NFL's premiere pass-rushers since his rookie season in 2011. The 28-year-old has recorded at least 11 sacks in five of his six NFL seasons, so his praise of Brown speaks volumes about the third-year offensive lineman's present skill and future potential.

Kittle Reveals Which NFL Players Are Toughest to Block 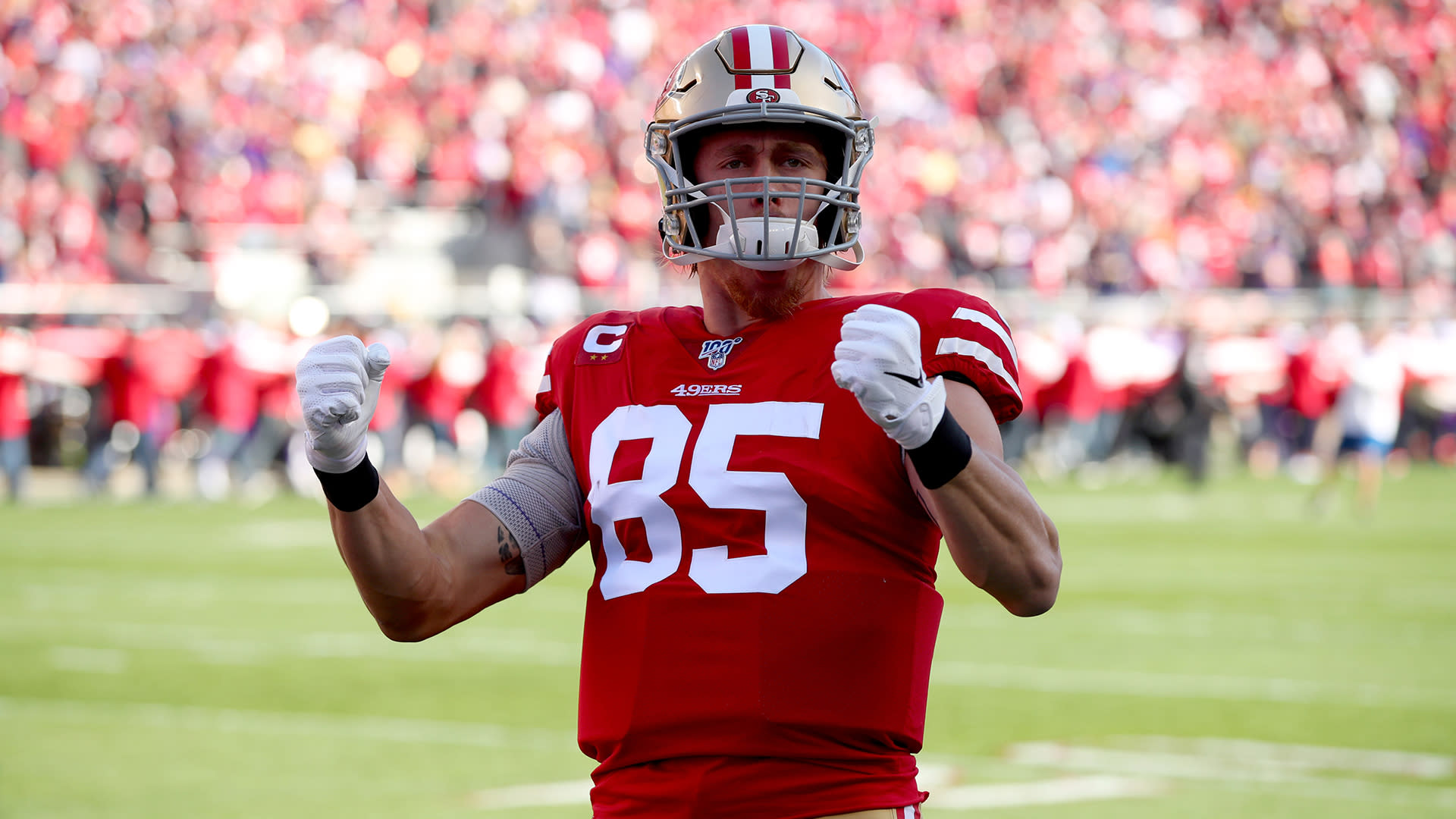 Kittle Reveals Which NFL Players Are Toughest to Block