The play that would stick to Tony Romo like a bad tattoo came in January 2007. It would be one of many things Romo would overcome in what was a brave career, a good career, and a career that maybe hasn't yet ended. (More on that in a moment.)

But back in '07, in a postseason game against Seattle, Romo botched catching the snap on a game-winning field-goal attempt, leading to one of the more embarrassing moments of any player's career.

It was the beginning of what some of us started calling the Romocoaster. Up and down he went. Great play in one game; massive choke job in another. It became one of the wildest rides in the NFL.

Then, things slowly began to change. Mistakes were culled, his courage grew and a respect developed for the way he battled through mistakes and horrible injuries. The Romocoaster became, simply, Romo's career.

That data point is significant in determining Romo's legacy. After an early career in which he was a turnover vortex, Romo didn't settle there. He grew and finished in a different, more valuable, place.

But, curiously, no one in the NFL believes this is it for Romo. Several front office executives literally laughed at the notion that Romo is retired, all but guaranteeing that he would be back.

"I'd say there's a 100 percent chance he makes a return somewhere in the NFL next season," one AFC general manager said.

The reason Romo isn't on another team now, said these executives, is because owner Jerry Jones was asking too much in return for a trade. One claimed Jones even wanted a first-round pick for Romo. No one was going to do that. Ever.

So the thinking goes that a released Romo, free of any Jones tentacles, would gain the leverage he needs to sign where he wants, without forcing a team to give up compensation to Jones. According to ESPN's Todd Archer, Romo has been designated a post-June 1 cut, thus officially granting him his release and freedom to sign with any team.

Now, maybe a team Romo likes suffers a catastrophic injury and Romo is offered another chance to play. And it could happen as soon as this summer, believe some.

Of course, there is the real possibility Romo is retired for good. As of Tuesday, Romo is officially part of CBS's 2017-2018 broadcast team as lead NFL game analyst.

A source close to Romo also told me "Tony is done. It's over. I can't say it's definite, but I don't believe we will ever see Tony on a football field again unless he's doing a broadcast."

Maybe Romo is content with retirement and not having his back broken or his brains rattled. Maybe, indeed, he's had enough. He likes to golf. He understands what football has done to his body. He gets it. Romo has always gotten it.

So did Brett Favre, though, and he retired, and un-retired, and retired again. He retired so much Favre made fun of himself for doing it. He once told me, point blank, after retiring following his stint with the Jets, he was never playing football again. Not long after saying that, he ended up with the Vikings. At the time, Favre was 39.

Romo will be 37 later this month.

The lure to return is strong. The quarterback Romo followed, Troy Aikman, recalled in late 2014 to the Dallas Morning News how he almost came out of retirement to play for Philadelphia:

"So I went outside. I had no cell service. I had to get out on the concourse there at Jack Murphy Stadium and I got him on the phone. He said, 'Hey, did you hear what happened.' I said, 'Yeah, we did a game break.' He said, 'Well, I want to talk to you about coming to Philadelphia.' I said, 'Andy, we're in the middle of a broadcast. It's halftime right now.' He said, 'I know, I'm watching the game.' So I said, 'OK, [I'll] call you after the game.'"

Aikman stayed retired, but it was a close decision. And Favre didn't lie when he talked about staying retired. He meant it. But the draw of football can be so powerful it can overcome reason.

That may not be the case with Romo. Jim Brown retired and stayed retired. Romo might do the same and prove people wrong. Maybe broadcasting and golf will prove to be a greater appeal.

But history, and a handful of pretty smart people in the league, say that we likely haven't seen the last of Romo's playing days. 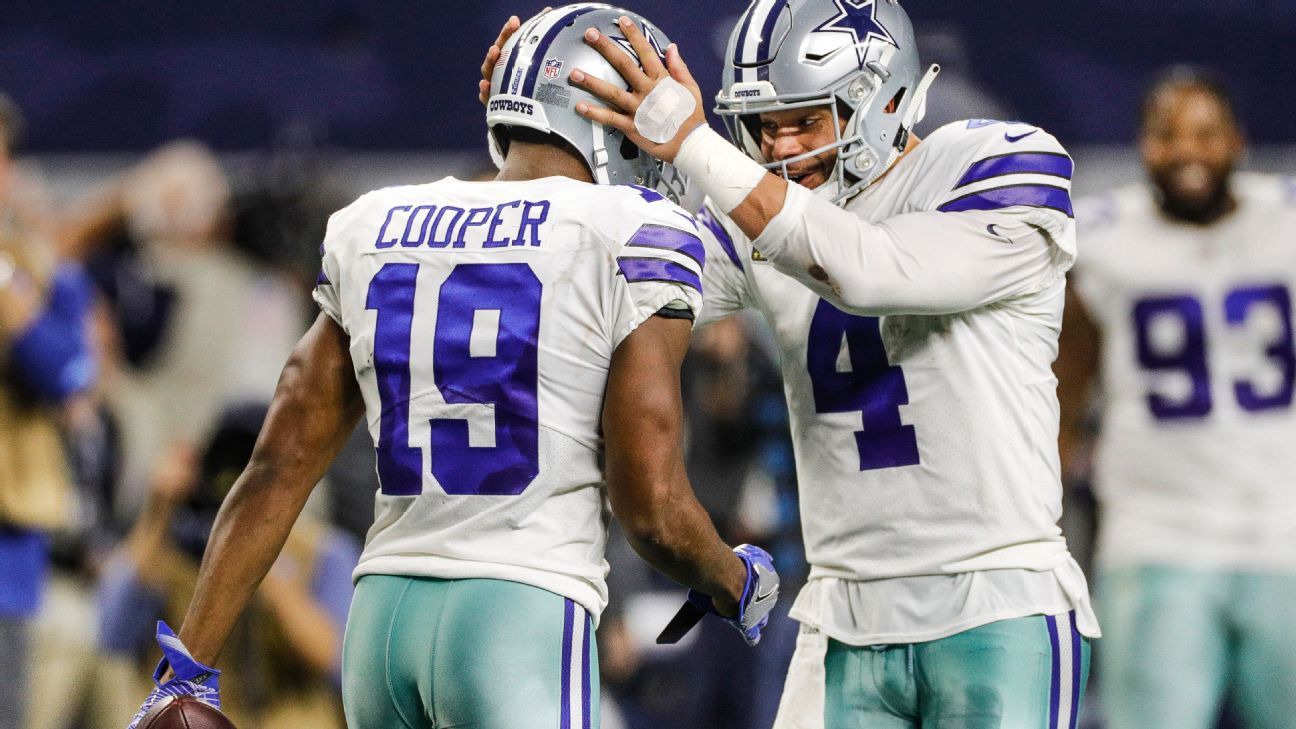