Darrelle Revis may have violated an unwritten rule among NFL players by boasting about his chances of making the Hall of Fame last week.

But is he wrong?

During a Twitter dustup with Cleveland Cavaliers forward J.R. Smith over Revis' poor play over the first two games of the 2016 NFL season, Revis responded by writing: "Still heading to Canton though. What about you???"

@TheRealJRSmith still heading to Canton though. What about you??? 👀

That remark came after Smith retweeted a crack by ESPN's Michael Smith. He tweeted, "Luau on Revis Island and every wide receiver is invited" after Revis gave up an 84-yard touchdown pass Thursday night. After the retweet, J.R. Smith took the broadside from Revis.

Aside from the snide back-and-forth that continued, Revis' remark begged the earlier question. Has he done enough in his 10-year career to earn a trip to Canton, Ohio, for enshrinement in the Pro Football Hall of Fame? It's a subject most active players dodge for fear of jinxing themselves.

The late Junior Seau patently refused to discuss the Hall when he was playing, saying he didn't want to dishonor the men who were already enshrined. Conversely, wide receivers Cris Carter and Chad Johnson often talked about how they felt they were sure things to make the Hall.

It took four years for Carter to be voted in. Johnson will likely never get in.

As for Revis, there seems to be a good argument for him based on his reputation. Of 25 former NFL players, coaches and executives, 21 said they believed Revis belonged in the Hall of Fame. Three others said maybe, and only one said no. Ultimately, his fate will be determined by a group of selectors designated by the Hall of Fame, but that kind of support usually carries over.

However, by the numbers usually used to measure players, Revis may have a more difficult time than he thinks.

"Off the top of my head, I would say yes," said Tony Boselli, former Jacksonville offensive tackle and current Westwood One radio analyst. "For an extended period of time he was the best at his position, or at the very least in the top two or three. When teams played Revis, they had to account for where he was, and their game plan would be affected by his presence on the field.

"For me, when you look at the history of pro football and talk about great corners, it would be really hard to have that conversation without talking about Revis."

"Without a doubt. He's certainly one of the best to ever do it," Bentley said. "The idea of 'greatness' at that position has been watered down. We're seeing the 'great' corners in today's game covering the team's second- and third-best receivers or playing one side of the field.

"Revis was tasked with covering the best whenever and wherever each week. In my mind, it's about determining where he ranks in the top 10 of best defensive players to ever play, not if he gets into Canton."

Other former players such as Bryan Cox, Garry Cobb, Marco Coleman and Terrell Buckley all agreed. Likewise, former executives such as Joe Banner (former CEO of the Cleveland Browns and former president of the Philadelphia Eagles) and Amy Trask (former CEO of the Oakland Raiders) said they believed Revis has a strong case for enshrinement.

Where the problem comes up is when stats are included and compared with the cornerbacks who are already in the Hall of Fame. Fourteen men are in the Hall who primarily played cornerback. All but one had a longer career than Revis to this point. Ten of them played at least 14 years.

Most significantly, every one of them had substantially more interceptions than Revis, who has 28 so far. Mike Haynes ranks at the bottom of the Hall of Fame cornerback list with 46 interceptions, and 11 of the players have more than 50 picks. Three have more than 60.

Worse, many of the top candidates who are expected to come up in the next few years also have high interception totals. Charles Woodson has 65 interceptions, Ty Law 53, Champ Bailey 52 and Ronde Barber 47.

What may help Revis is that the current crop of active corners have far less. DeAngelo Hall (who now plays safety and has 43 interceptions) and Terence Newman (40) are the only ones with at least 40. At a time when getting interceptions has gotten harder and harder, Revis is eighth on the active list. Only Richard Sherman, who has 26 picks as he starts his sixth season, seems to have a reasonable shot at getting to 50.

However, even Revis' supporters think that the numbers could be used against him, particularly if his play continues to decline. Barber, who is an ardent supporter of Revis, pointed that out.

"He's never going to be a high-volume interception guy—which some people are obsessed with—because he plays so much with his back to the quarterback," said Barber, who is now a Fox television analyst. "He's a man-to-man corner. But he was the best at what he did for a good part of his career. He's got championships, Pro Bowls, All Pros and universal respect.

"I think he should be (in the Hall of Fame). But I could understand why people would say otherwise. And I'd argue they don't understand football. He was awesome in his prime. The best!"

Another former player who has become an analyst made a similar point.

"During his prime years, Revis was one of the best cover cornerbacks I've ever watched on tape," said the former player, who declined to be identified. "He set the bar for technique, and he was a complete player at the position. In my opinion, his consistent play over that time is worthy of the Hall.

"What I worry about with voters is his overall numbers: 28 career interceptions. Can they see past that and understand he could completely eliminate a top wide receiver every week? And also understand that his speed/skill set is starting to decline now? He doesn't have the recovery speed to take many risks in coverage and still make the play."

Others warned that Revis' sharp decline, which started last season, could overshadow his earlier accomplishments. As one Hall of Fame player noted, "(He's) not trending upward."

And it's not that Revis hasn't been warned about that. During a discussion this offseason that included Revis, one Hall of Fame selector and two other people, one of the others asked the selector if Revis was a Hall of Famer.

The selector hesitated for a second and then told Revis: "Yes, probably. But you better finish strong."

The factor that could cost the Jets wins this season 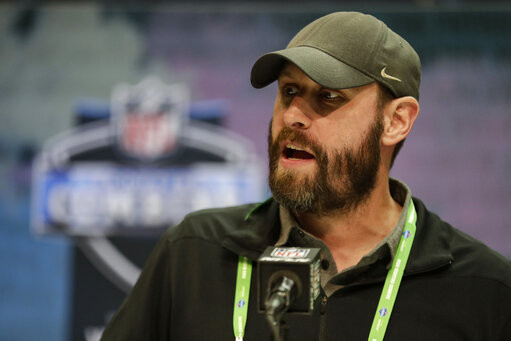