If his rookie season is any indication, the New York Knicks have a future star on their hands in Kristaps Porzingis...if he stays healthy.

That's always the "big if" with young players, but especially so with players of Porzingis' size. At 7'3", Porzingis is one of the tallest bigs in the league. But research has shown big men miss more games throughout their careers than guards and wings.

The franchise hasn't pinned this much hope on a single player in 30 years, when Patrick Ewing inspired dreams of Larry O'Brien Trophies. That translates to pressure on the training staff to keep him healthy.

Led by head trainer Roger Hinds and Dr. Lisa Callahan, the Knicks' coaches and training staff must balance that real desire to play Porzingis every game with the franchise's long-term outlook. (Note: The Knicks declined to make their training and medical staff available for this story, citing team policy.)

The Knicks don't have the greatest track record for keeping talent healthy and on the floor. From 2005 to the start of this season, no NBA team had more salary lost to injury, according to In Street Clothes. But prior to this season, the Knicks made changes to their training program, and it's paid off.

At the halfway point of the season, only five teams had fewer players miss time to injury. That's a promising sign for Porzingis.

At around 230 pounds on draft night, with nearly every scouting report noting his svelte frame, everyone from the Knicks' staff to Knicks bloggers to New York City strippers offered Porzingis dietary support. Under the team's advisement, he put on around 11 pounds before the start of training camp, according to ESPN's Ian Begley.

The method? A combination of a 5,000-calorie-a-day diet and rigorous two-a-day weight training sessions.

The Knicks then listed him at 240 pounds for the season.

He subsequently told the New York Post's Marc Berman he dropped down to 233 at one point in December but has since been maintaining his weight by eating huge portions at breakfast.

"I didn't pay as much attention in the beginning of the season to breakfast," Porzingis said, per the Post. "I wanted to get to the gym. I'd eat something quick and go to work out. So now I'm getting up one hour, 1½ hours earlier and having a big breakfast so I have energy for the whole day. I'm really focusing on breakfast."

Even at 233 pounds, former head coach Derek Fisher was happy.

"He's put on the amount of weight that's good for where he is now," Fisher said prior to a January loss to the Clippers.

It's always hard to hold or gain weight during the season because of the workload and how much energy you expend. It's proportionate to your overall strength in terms of how much weight he can carry and strength ratio. He's 20 years old, and as he physically matures, he'll gain weight naturally...We'll try to do what we need to do this summer.

That stance aligns with what Phil Jackson told ESPN.com this summer, per Begley. After speaking with Pau Gasol, Jackson noted Pau played his rookie season at 227 pounds and is now up to 255:

[Pau] said he had to grow into his body...We understand [Porzingis is] probably still going to grow for the next five years just as a human being turning into his body. We're trying to allow that process to grow and expedite what he can get done on his own. He's a very willing participant.

Porzingis himself targeted a goal of 245 pounds by the start of next season, according to the Post. That seems like a reasonable goal, one that would help him deal with NBA rigors while also not putting too much extra pressure on his limbs, bones and joints.

Every pound of weight can create at least five additional pounds of force across your body. That stress is multiplied as you run and jump, according to Dr. David Chao, an orthopedic surgeon and medical expert who works as a medical analyst for Sirius XM Radio.

Because of the style Porzingis plays—where he's obsessively crashing the offensive boards looking for putback dunks—it would be prudent to not put on too much weight. Doing so may put him at additional risk for foot and/or back injuries, the type that can be a death knell for the career of a young big.

Dr. Chao also noted most big men who have suffered debilitating injuries did so while they were still young and had many years left to play. That was true of Yao Ming and Zydrunas Ilgauskas, among others. Porzingis, 20, is still in the age range where he's at risk for injury that could drastically alter the trajectory of his career.

Jeff Stotts, a certified athletic trainer and the owner and operator of the aforementioned injury website InStreetClothes.com, also points to playing style as a potential factor for Porzingis' long-term health.

"Is he going to be, you know, down on the low block drawing a lot of contact? Or is he going to be a guy that it looks like he's more likely to be and that's able to extend the defense, play perimeter-oriented with his shot, but also go down and crash the boards?

"It's going to be up to New York to really find that happy medium for him between explosiveness (because you see his putback dunks and the way he attacks the rim) and strength to not necessarily overpower guys, but just withstand the contact that comes with it to be durable."

That's where the Knicks' next coaching hire comes into this discussion. A back-to-the-basket post player needs more meat than a guy who attacks the lane off the dribble. Does Phil Jackson want Porzingis to be a traditional, low-post triangle big man, or does he want Porzingis to utilize his perimeter-oriented skill set to create mismatches?

Stotts says the Knicks would be wise to gather information on Porzingis' biomechanics in order to develop a go-forward plan.

"Is there a connectedness and smoothness to the ankle, the hip? Take that systematic approach to his body," Stotts said. "If there is something very simple like he's got tight glutes and that's putting undue stress on his knee, you want to address that first before you start adding muscle mass. There's plenty of ways that you can do that—whether it's range-of-motion activities, strength-training exercises. Some guys do plyometrics—depending on what exactly that weak link in the chain is.

"Then if there's not any areas of concern and you feel that his overall biomechanical rhythm is good, then you start working on some strength training. But also, you want to start doing basketball-related activities."

An accumulation of minor injuries isn't necessarily a cause for concern in and of itself, but that changes when the injuries are all to the same side of the body, which is true of Porzingis.

"It would be irresponsible to ignore the fact that he's had a left quad injury, a left hip injury, a left IT band injury, all these things in the left," Stotts said. "Maybe there is something going on with that left kinetic chain. What you really need to do is address the weakest link in that chain if there is something that's causing him to have a problem in that left side. You got to make sure that these seemingly minor things aren't all connected and result in something major."

Porzingis downplayed that concern when asked about it earlier this season, noting that every injury he's dealt with has been minor. Nothing has kept him off the floor, so far. But the Knicks shouldn't take the same tough-minded approach. They have to be concerned with everything when it comes to the future franchise cornerstone's health.

That includes studying his injuries, practice regimen, sleep schedule and eating habits. As he gets older, his minutes must be monitored closely.

Some coaches, like the Clippers' Doc Rivers, don't manage minutes of their big guys. Rivers told me earlier this season he's never once worried about how much DeAndre Jordan plays. Others, like the Spurs' Gregg Popovich, aggressively manage time for everyone on the team. The Knicks seem to exist in between.

New York has played Porzingis more than 36 minutes (generally considered star-level time) only six times in 56 games this season, and he's topped the 40-minute mark only once. As such, he's in 28th place all time in minutes per game for rookies at least seven feet tall, per Basketball-Reference. That's 28th place out of 245, though, placing him just outside the top 10 percent.

Porzingis has openly stated a desire to play all 82 games this season (which won't happen; he's already missed one game due to an upper respiratory infection). He surely wants to help the Knicks win, but he also wants to dispel any lingering notions that he might be the next "soft" European big man.

The Bigger They Are...

Stotts said his injury database doesn't indicate a correlation between heavy minutes as a rookie (or a high level of usage as a rookie) and future injury concerns for 7-footers. Rather, they're all at higher injury risk due to their height.

There's also no data suggesting each additional inch over seven feet adds to that risk, according to Stotts. But that view clashed with that of Dr. Chao, who noted risk may be exponential, rather than linear, the taller you get.

Porzingis says he will eventually reach out to Pau Gasol, among others, for tips on how to stay healthy and productive. "I definitely need to talk with guys like Pau, maybe Dirk [Nowitzki]," he said earlier this month. "Talk to them, how they're able to play for so long and stay healthy. That is definitely something I need to learn."

Pau's brother Marc, after hearing how good a kid Porzingis is from his Spanish national team buddy Jose Calderon, said he's open to speaking with Porzingis if he needs any help as well.

"If he needs anything, ever, he can ask and I'd be more than welcome to share with him," Gasol said. "I was somebody, I always tried to see and learn from everyone and tried to implement it into my game routine. I think I found things that work for me and things that didn't work for me."

That's really what it's all about. In this age of customized workout programs, biomechanical tracking, personalized diets and more, it's important for each player to find whatever routine works for them. Porzingis will find his eventually. It's the Knicks' job to help him get there and ensure whatever routine he settles on keeps him on the floor for the long haul. 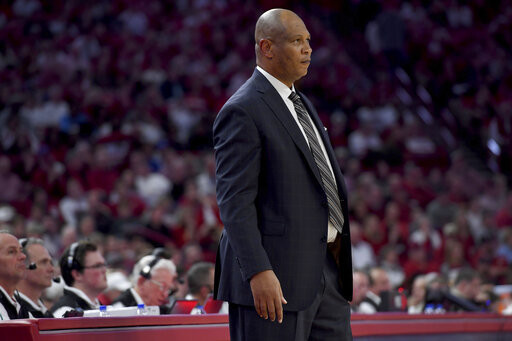