The media got to tour some of the new Michigan Stadium suites yesterday. For more photos, check out the Freep. 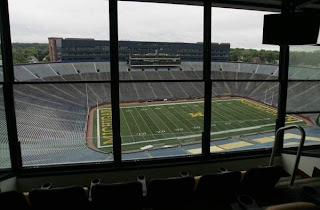 They have sold roughly 70 percent of the suites/club seats so far for the 2010 season.