And with one final embarrassing loss, the unraveling of Oklahoma was complete.

It took four months for the Sooners to go from preseason playoff favorites to a 40-6 loss to Clemson in the Russell Athletic Bowl. In the end, college football's most disappointing team ended the season 8-5. The Sugar Bowl victory against Alabama last January, which sparked the playoff conversation and the return of "Big Game Bob" Stoops, almost feels like it never happened.

To make matters worse, Brent Venables, the former Sooners defensive coordinator who now holds the same title with Clemson, was the one who delivered the knockout punch. Clemson held Oklahoma to just 275 yards of offense and kept the Sooners off the scoreboard until midway through the fourth quarter.

Oklahoma defensive coordinator Mike Stoops will get some blame for the box score, but it was the offense that never got going and committed five turnovers. Quarterback Trevor Knight threw three picks and enters the offseason with a diminished, if not nonexistent, edge on the starting job.

Venables and head coach Dabo Swinney had their team prepared. Oklahoma's coaching staff did not. The result was as bad a loss as you're going to find in the Stoops era.

I think we can safely say this the lowest point of the Bob Stoops era. His two previous 5-loss teams had valid excuses. This team imploded.

That leads to a question no one probably thought to ask about Stoops: At what point does this no longer become acceptable?

Consider the following: This season, Stoops lost three games at home—to Kansas State, Baylor and Oklahoma State—for the first time ever. In each of the past three years, the Sooners have lost two games each season by double digits.

It still may not happen often, relatively speaking, but Stoops and Co. are getting outclassed on a yearly basis.

It's happened before, most notably in the 2005 Orange Bowl against USC (a 55-19 loss), but at least that was for a national championship. And those USC Trojans were in the middle of one of the great runs in college football history. These blowouts are of a different variety.

How far has Oklahoma fallen? The 2nd- and 3rd-worst losses of the Stoops era came in 2014.

That clouds a narrative about Stoops' 16 years with Oklahoma. The accomplishments make for a long list. Stoops has won at least 10 games in 12 seasons, eight Big 12 titles and a national championship. That's nothing to overlook. Furthermore, Stoops is one season removed from arguably his best coaching job, squeezing 11 wins out of a team with quarterback and injury issues.

That said, Oklahoma has only won a share of the conference once (2012, with Kansas State) in the past four seasons. Other than the Sugar Bowl, there have been few key victories of note during that span. Somehow, the 39 games Stoops has won since 2011 feel hollow. Certainly, OU doesn't feel like the dominant program of the early to mid-2000s.

There also appears to be a constant resentment against Mike Stoops and co-offensive coordinator/quarterbacks coach Josh Heupel. Would Stoops ever consider making staff changes? He's tremendously loyal, evident by the fact that his coordinators are a former player and a family member; his brother might make the decision for him before it ever has to be made officially. At the very least, though, Stoops has to take a hard look at how he and his staff are developing key players.

This is a massive failure of leadership at Oklahoma. The decline began in earnest more than four seasons ago. Sad day. Leadership missed it.

Oklahoma continues to recruit at a high level, finishing with the top class in the Big 12 and No. 14 class nationally in 2014, according to 247Sports. There's no reason why Oklahoma shouldn't be getting more out of its roster.

Bob Stoops won't be fired tomorrow. He probably, barring an obvious disaster and/or scandal, won't be fired after the 2015 season either. Any hot-seat chatter needs to cool before it even gets started. It's not like Stoops forgot how to coach, and he's still well-liked by the administration.

Things aren't ideal right now, but they're not terrible.

However, it is time to wonder if Stoops' reign as one of the top coaches in the country is nearing an end. That's not to say Stoops will never be remembered as a great coach again; however, there are plenty of others—Alabama's Nick Saban, Florida State's Jimbo Fisher, Ohio State's Urban Meyer—who have won championships more recently. Baylor's Art Briles would contend that he's the best coach in the Big 12 at the moment.

Sixteen years is a long time to keep a great thing going.

Is Stoops the guy to get this turned around? "I've always been the guy," he said. #Sooners

The year ahead becomes a crucial one for Stoops to show that he still has it. The three times Stoops finished with eight wins or fewer in a season, his teams have bounced back to double-digit wins the following year.

Can he do it a fourth time? His legacy with Oklahoma and how it's crafted going forward may depend upon it.

Ben Kercheval is a lead writer for college football. 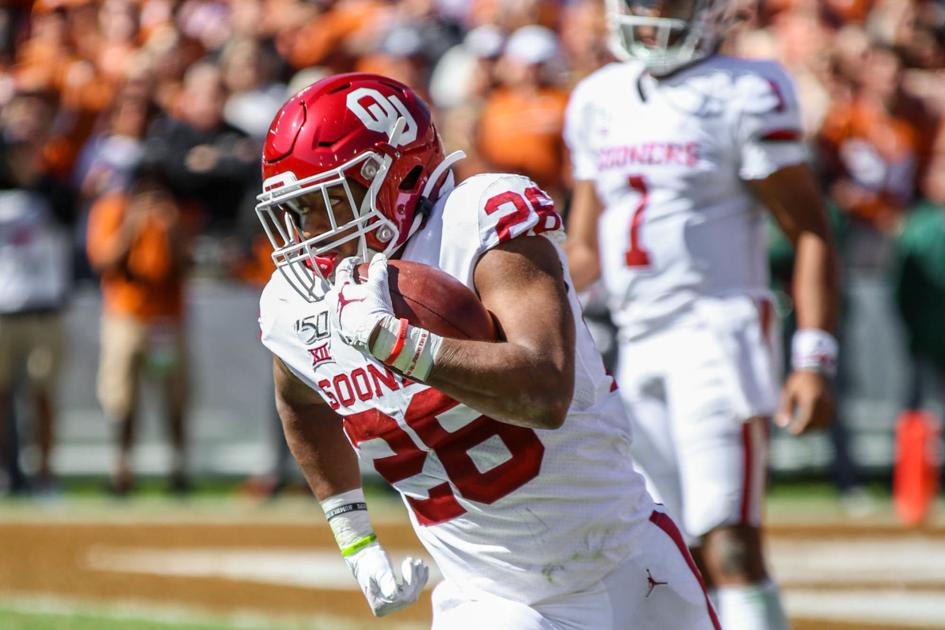