The date was January 2, 2006. It was a Monday. The 9-3 Wisconsin Badgers were taking on the 9-2 Auburn Tigers at the Capital One Bowl in Orlando, Florida.

This game would also be the last game Barry Alvarez would ever lead the Badgers into battle as head coach. Or so he thought.

I was there, among the 57,221 fans in attendance at the Florida Citrus Bowl.

They had lost twice to Georgia in the Outback Bowl and once to these same Tigers at the Music City Bowl three years earlier.

Overall, Alvarez had changed the football culture in Madison, Wisconsin, helping make the program one of the better ones in the country.

The attendance at the games at Camp Randall Stadium had been dwindling as well. In fact, the last home game played under Morton in 1989 against Michigan State drew only 29,776 fans.

Kevin Cosgrove was on the inaugural coaching staff put together by Alvarez. In fact, Cosgrove was with Alvarez longer (1990 to 2003) than any other assistant coach who ever coached under him at Wisconsin.

I had a chance a while back to chat with Cosgrove, who is now the defensive coordinator at New Mexico, about what it was like when Barry took over in 1990.

“As with everything Barry always did, he had a plan,” said Cosgrove. “When he got that job, he pretty much knew who he was going to hire. Barry put together a strong staff, and then the first couple of years he fine-tuned it and turned it into a great staff.”

“Attendance was down. Interest in the Badgers was nil,” Cosgrove said. “I think the Badgers averaged 30,000 fans per game the year before we got there. But we gradually pumped it up until it became sellout after sellout."

Alvarez and his staff certainly turned around the football program. In just his fourth year at Wisconsin, the Badgers went 10-1-1, shared the Big Ten title and won the Rose Bowl.

Overall, Alvarez and his Badgers were 118-73-4 in his time as head coach. Included in that were three Big Ten titles and three victories at the Rose Bowl.

That tenure was supposed to end on that early January day in 2006.

Barry had the Badgers ready to play as they dominated the game versus the Tigers. The Badgers led 17-0 at halftime.

The Badgers were led by running back Brian Calhoun, who rushed for 213 yards in the game. Quarterback John Stocco also threw for 310 yards against the seventh-ranked Tigers.

When it was all said and done, the Badgers won 24-10. The score made the game appear closer than it really was. Wisconsin had 548 total yards while holding Auburn to just 236 total yards.

After the game, Alvarez was quite pleased, as one would imagine. He was most happy about the legacy he had created at Wisconsin.

"The main thing I'm most proud of is that we brought pride back to our fans for our football program," Alvarez said.

That day was supposed to be the last time Alvarez was going to be the head coach of the Badgers. He had turned over the reins to Bret Bielema after the game in order to concentrate on his job as athletic director at Wisconsin.

Bielema went 68-24 in his seven years at Wisconsin and also won three Big Ten titles. He shocked everyone shortly after the Badgers had thumped Nebraska 70-31 in the 2012 Big Ten Championship Game by taking the head coaching job at Arkansas.

This was before the Badgers were about to play in their third straight Rose Bowl versus Stanford. The seniors on the team asked Alvarez to coach the team, and he obliged.

The result? The Badgers played hard but lost 20-14 to a good Cardinal team.

After Bielema left, Alvarez hired Gary Andersen to be his replacement. Andersen went 19-7 as head coach of the Badgers, which included winning the Big Ten West Division title this year before getting whipped 59-0 by Ohio State in the 2014 Big Ten Championship Game.

Now two years later, it's like deja vu. Why? Andersen also decided to leave shortly after the game to become the head coach at Oregon State.

Even though Alvarez has secured Andersen's replacement by hiring Paul Chryst to become the new head coach, Alvarez will once again lead the Badgers as interim head coach in the 2015 Outback Bowl against the same team he coached against in the 2006 Capital One Bowl, the Auburn Tigers.

I've been to many of the bowl games that the Badgers have played at Florida and was at the first bowl game they played in the Sunshine State at Tampa Stadium, when it was called the Hall of Fame Bowl. The Badgers played the Duke Blue Devils in that 1995 contest.

Because of my friendship with Cosgrove (we were buddies in college), I was able to see the Badgers work out at Tampa Stadium in practice a day before the game.

A couple of friends and I also sat next to the coaches' wives at the actual game as Wisconsin beat Duke 34-20.

That was the first game in which Cosgrove was the defensive coordinator for the Badgers. He replaced Dan McCarney, who left to become head coach at Iowa State.

Cosgrove stayed on as defensive coordinator until 2003. He was a part of the 1998 and 1999 Wisconsin teams that won back-to-back Big Ten titles and the Rose Bowl.

After the game, my fondest memory was being at the team hotel (Westin Tampa Harbour Island) and smoking a victory cigar with a number of the coaches (including Alvarez and Cosgrove) overlooking the Hillsborough River from the balcony.

I'll be going to the 2015 Outback Bowl at Raymond James Stadium with my son Andrew to watch Alvarez and the Badgers once again. If the outcome is anything like the game I saw in Orlando nine years ago when Alvarez and Wisconsin faced Auburn, Badger Nation will be quite happy.

The game also gives Alvarez a chance to leave the field as a winner in his last game as head coach. He thought he did that in 2006 when the Badgers beat Auburn in the Capital One Bowl. But that changed when he coached the Badgers in the 2013 Rose Bowl when Wisconsin lost to Stanford.

Now he gets a second chance to leave the field as a winner as interim head coach. I like his chances. And I'll be there to witness it. 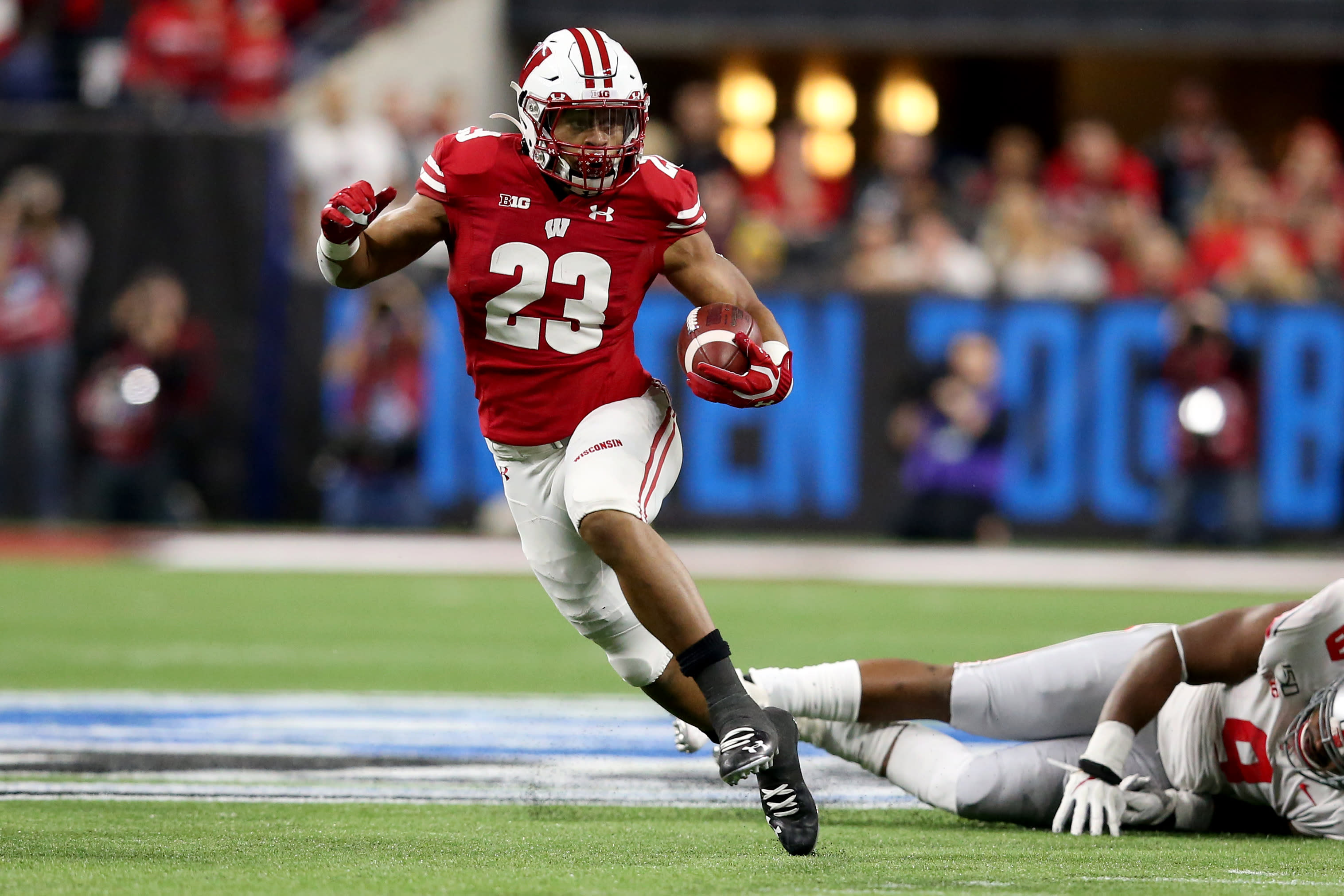