Earlier this week, athletic director Barry Alvarez of Wisconsin was certainly shocked to hear that head football coach Gary Andersen was leaving the Badgers to take the same job with Oregon State. That meant that Alvarez would have to find a new head coach for the football team for the second time in three years.

Andersen had been 19-7 in two years with the Badgers, and the team had just won the Big Ten West Division. That title led to Andersen and the Badgers getting walloped 59-0 by the Ohio State Buckeyes in the Big Ten Championship Game.

Three years ago, it was Bret Bielema who opted out of Wisconsin after the team had won their second Big Ten Championship Game in a row and their third straight Big Ten title. Bielema decided he wanted a new challenge. The challenge was coaching Arkansas in the very tough SEC West Division.

When Bielema left, the seniors came to Alvarez and asked him to coach them in the Rose Bowl. He did just that, but Wisconsin lost to Stanford 20-14 in the game, ending Alvarez's perfect record of three Rose Bowl wins without a defeat.

When Andersen left the team, the same thing happened. The seniors asked Alvarez to coach the team in the Outback Bowl in Tampa versus Auburn. Once again, Barry will coach the Badgers.

Meanwhile, the search for a new coach is underway. After Andersen decided to leave Wisconsin, Alvarez issued a statement in response:

I began working to find a new head coach as soon as I spoke with Gary this morning. My first concern is taking care of the players on the current team, especially the senior class, and ensuring that their bowl experience is a memorable one. I will find a head coach to uphold the great tradition at Wisconsin, someone who is committed to excellence both on and off the field.

I want to thank Gary for his two years here and commend him on the way his team performed on the field, in the classroom and in the community. I wish him the best at Oregon State.

Three years ago, after Bielema left, one of the first names brought up as his possible successor was Paul Chryst, who had just completed his first season as the new head coach at Pittsburgh.

Chryst had an extensive background with the Badgers—first as a quarterback from 1986-1988, then as tight ends coach in 2002 and finally as offensive coordinator from 2005-2011.

But Alvarez didn't feel the timing was right to hire Chryst then.

"I wouldn't feel right, and I don't think it would be appropriate for me to hire him back after I asked someone to do me a favor and help him get that job," Alvarez said.

But now, two years later, the timing is certainly better. Chryst has been at Pitt three years now. The Panthers have had a 19-19 record in those three years and will be going to their third straight bowl under Chryst.

Earlier this week, Jeff Potrykus of the Milwaukee Journal Sentinel reported that Chryst was set to become the new head football coach of the Badgers.

In the story, Alvarez talked about his process for finding a new head coach.

"I always keep a short list," Alvarez said. "And we will proceed in our search for a new head coach immediately."

Shortly after the report of the eminent hiring of Chryst was circulated in the media, Alvarez said in a release that the coaching search was not finished:

We are continuing the process of finding our new head football coach. We have not offered the position to anyone. In accordance with University of Wisconsin hiring policies, the earliest we could make an offer to a candidate is Wednesday, Dec. 17.

Any accepted offer would be contingent upon approval by the UW System Board of Regents.

We'll follow the process. It has to be posted until the date we have set and then we're free to move.

There was also a report by George Schroeder of USA Today Sports that Alvarez also interviewed Greg Schiano, who was formerly the head coach at Rutgers and also the Tampa Bay Buccaneers.

The bottom line is that the new head football coach of the Badgers should definitely be Chryst.

Why? For one thing, he's a Madison native. He also played ball for the Badgers and coached them on two different occasions, including being the offensive coordinator for seven years.

In 2011, his last year with the Badgers as their offensive coordinator, the team went 11-3 and went to the Rose Bowl to face Oregon.

Statistically, the team was a force on offense. The Badgers were sixth in the country in scoring and averaged over 44 points a game.

In 2010, the 11-2 Badgers also went to the Rose Bowl versus TCU. The offense under Chryst was once again outstanding. The Badgers were fifth in the nation in scoring offense and averaged over 41 points a game.

In his seven years running the Wisconsin offense, the Badgers averaged 34 points a game.

Just look at the job he did with Russell Wilson in 2011 when Wilson was a fifth-year transfer out of North Carolina State.

Wilson first came to the Badgers in late June. That gave Chryst just over a month to write up a playbook for his new quarterback.

All Wilson did was have the best year ever at quarterback in the history of Wisconsin football. Wilson threw 33 touchdowns to just four interceptions for 3,175 yards. The mobile quarterback also ran for 338 yards and six more scores.

Wilson was named All-Big Ten by both the coaches and the media and finished ninth in the voting for the Heisman Trophy.

Chryst runs a pro-style offense. The running game is a big factor in the success of his offense, and that will always be a major part of the way Wisconsin plays offense—at least as long as Alvarez is around.

I believe Chryst would treat an opportunity to coach at Wisconsin as a destination job. A final job. Just like Alvarez did when he coached the Badgers from 1990-2005.

That was certainly not the case for Bielema or Andersen.

But it will be for Chryst, who, I believe, will return to his hometown to make things official next week and become the new head football coach of the Badgers. 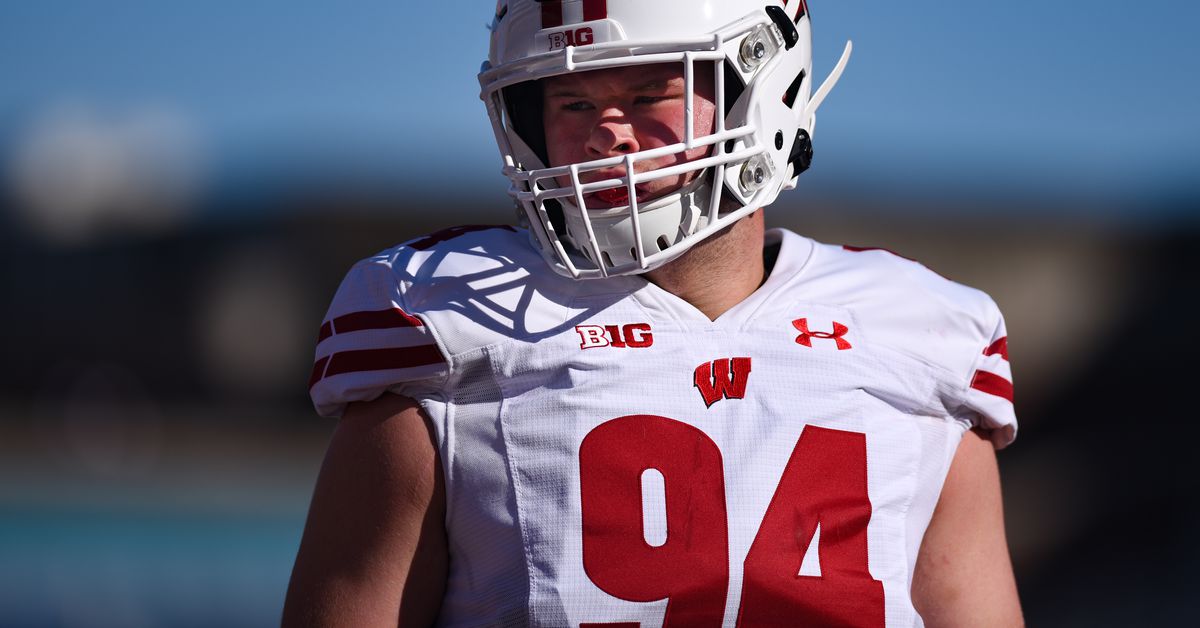