Peyton Manning had to earn my respect.  I did not follow his career at Tennessee.  I was never a Colts fan.

The first time that Peyton Manning really appeared on my radar was watching Lynn Swann interview him at the 2003 Pro Bowl.  That interview gave Peyton the pulpit from which to utter his infamous line where he referred to Vanderjagt as an "idiot kicker."

In my opinion, nothing sabotages a talented team like division within the group.  I immediately lost respect for Manning for losing his composure in that moment and airing his personal grievances on a public platform.

The years that followed mellowed my feelings toward Peyton.  I have a friend who possesses a whopping measure of love and loyalty toward the Colts and his enthusiasm helped me to appreciate his team.

Manning later hosted Saturday Night Live. His comic timing and the hilarity of the sketches pushed me over the edge.  I actually began to like Peyton.  I even put the "Casino Royale" song from his basketball team sketch on my iPod.

I rejoiced with my friend when the Colts, losing until Peyton drove his team 80-yards down the field with less than two minutes in the game, beat the Pats.

I felt slighted for Peyton when Belichick walked right past him after Peyton waited patiently to offer the customary handshake of congratulation after the epic game.

For crying out loud, my younger sister and I even joined the DSRL or Double Stuff Racing League because of our love of the Mannings and the Williams'.

Watching Peyton vent to the media these past few days has been painful.

Dungy is gone and Peyton's complaints have filled the vacuum in the void left by his former Coach.

Tony Dungy is a unique, talented, and classy man.  No new coach would ever be able to fill his shoes.  Unfortunately, Peyton is not making the job easy for new Colts Head Coach, Jim Caldwell.

Manning is a great example of a pocket passer who does his best work when he gets into a rhythm.

It is evident that the departure of Tony Dungy is a big adjustment for the Colts to make, but that had been anticipated.  Perhaps what was underestimated was the effect on Manning of the departure of Marvin Harrison.

Manning mentioned in a recent interview that seeing Harrison's empty locker has him a bit shaken.  The loss is concrete and it is bigger than Peyton imagined.

Fold in the fact that Manning's quarterback coach that he has worked with forth last seven years is gone.  Six coaches that have been with the Colts for the last seven years, some more, have been replaced this year.

On the field, when Peyton is out of his comfort zone or off of his routine, he never shows the excellence he possesses when he has practiced and is protected sufficiently.

Jim Caldwell not only has big shoes to fill, he as a gargantuan job leading a brand-new coaching staff for a team whose fans expect an undefeated season, an appearance in the playoffs, and a Super Bowl appearance on an annual basis.

If I were Caldwell, my No. 1 priority would be to get Peyton back into the metaphorical pocket. He clearly feels insecure in the organization, and he needs to focus on practicing with his squad minus Harrison.

Hopefully, addressing Manning's fears will stop stem the surge of criticism that he is displaying for his team in public. Failure to take charge of Manning and get him back on track alone could spell a fiasco for the Colts this fall.

Caldwell has all three aspects of the game under the leadership of new coaches. The public commentary by Manning needs to be addressed by his new coach before this great quarterback loses more of the respect that he has worked so hard to earn.

Leonard Continues to Use Perceived Snubs as Motivation 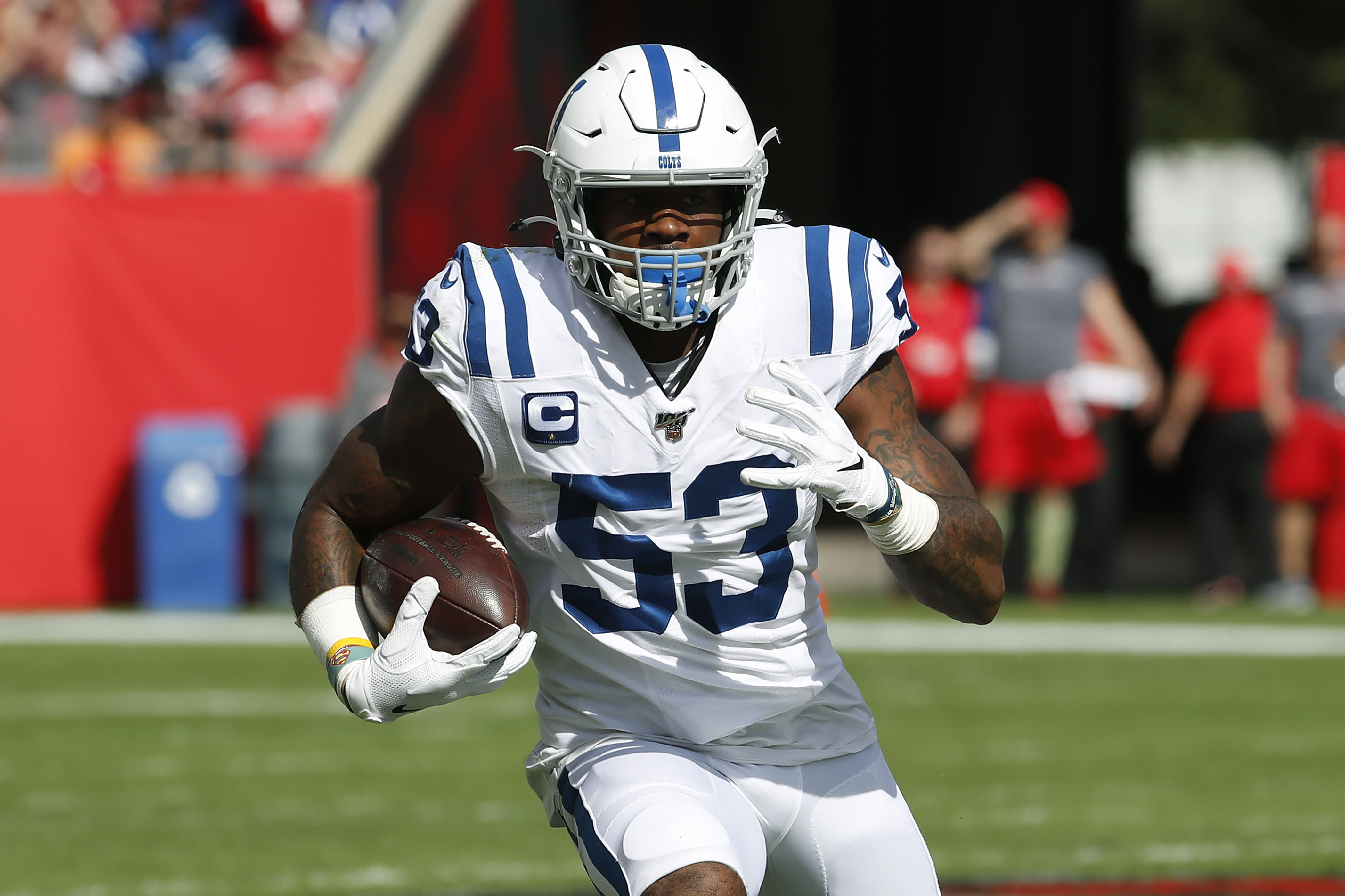 Leonard Continues to Use Perceived Snubs as Motivation