It's safe to say America is suffering from Favre overkill.

For the 14th consecutive offseason (I think?), America's sweetheart, Brett Favre, is stringing everyone along as to whether he'll play football in the fall.

This could have been avoided. Favre overkill would have never existed if the Atlanta Falcons had never traded Brett Favre. I know for certain how history would have been different had Favre never been traded to the Packers.

In 1992, instead of trading Favre to the Packers, the Falcons organization sees Brett's tremendous talent and instead fires Jerry Glanville, who promptly disappears off the face of the Earth in his eternal search for Elvis. Atlanta then hires young Bill Walsh protégé Mike Holmgren.

The Falcons trade incumbent starter Chris Miller and hand the reins over to Favre. The precocious Favre leads the Falcons to a 9-7 record, the first ever back-to-back winning seasons in franchise history, and a Wild Card berth. Atlanta upsets Minnesota in the first round before losing a divisional playoff game to the 49ers.

Free agent superstar Reggie White likes what Atlanta is building and decides to sign with Atlanta after a tense bidding war with Green Bay. With a revamped defense in 1993, Atlanta goes 11-5 and wins the division for the first time in more than a decade. They make the first NFC title game appearance in franchise history and lose a classic to the Cowboys at Texas Stadium.

The humble and quiet Deion Sanders decides to finish his career with the Falcons, and Atlanta enters the 1994 season expected to again compete with Dallas for the NFC crown. Atlanta this time bests Dallas and makes the first Super Bowl in franchise history. Favre has a historic Super Bowl against the Chargers, and Atlanta hoists the Lombardi Trophy for the first time and does so in dominant fashion.

The rest of the NFL trembles at the thought of an Atlanta dynasty at the start of the 1995 season, and Atlanta lives up to the hype. They bury the Cowboys dynasty once and for all and then top the Steelers in the most watched Super Bowl in NFL history; Favre gets his second MVP trophy and Super Bowl win.

It starts becoming old hat for Atlanta as they win a third straight Super Bowl in January of '97, though this time kick returner Eric Metcalf becomes the first special teams player to win Super Bowl MVP.

Atlanta dominates the '97 season, and Denver gives them a good run in the Super Bowl. John Elway, trying to lead a comeback drive, dives, gets crunched, spins in mid-air, and fumbles the ball, and Atlanta recovers to hold on for Super Bowl title No. 4.

Atlanta beats Minnesota in an epic NFC title game in 1999 and gets a rematch with Denver. Eugene Robinson, who spent the night before the Super Bowl building houses for Habitat for Humanity, assisting at a free medical clinic, and volunteering at a soup kitchen, intercepts Elway three times, and Atlanta wins one for the thumb.

"They say St. Louis is the greatest show on turf," Favre said. "Well, we proved that Atlanta is the bestest show on turf." Sure it's really nonsensical, but Favremania has gripped America unlike any phenomenon football has ever seen.

After two more Super Bowl titles, Atlanta is set for title No. 8, but they get upset by the Patriots in 2002. After a trying fall in which we saw our foundation shaken by the 9/11 tragedy, the Patriots define the American spirit of never giving up in the face of adversity. Everyone feels good about themselves...except for Brett Favre.

Favre wins his fifth NFL MVP in 2002, and after a second round win over Green Bay and their explosive rookie quarterback Michael Vick, Atlanta romps over Oakland for Super Bowl No. 8.

Favre wants more. That loss to New England sticks in his craw.

Favre's foundation, however, is shaken when his father dies a day before a pivotal Monday Night game against Tampa. Favre, to the surprise of people everywhere, decides to play and has another career-defining performance against the Bucs on Monday Night Football. Atlanta wins a ninth title, getting revenge over the Patriots.

With the loss to the Pats avenged and still troubled by the loss of his father, Favre quietly begins contemplating retirement. The Falcons have a few respectable seasons, but Favre's play begins to deteriorate, and retirement becomes more of an attractive option. He decides the 2007 season will be his last.

Atlanta backdoors its way into the playoffs. They have an impossible task ahead of them; three straight road wins are needed to make a Super Bowl. The Falcons shock the world and beat the Giants in overtime to advance to the Super Bowl, where they are expected to get smoked by the 18-0 Patriots.

New England jumps out to a lead early, but America's Hero Brett Favre leads the charge back. With just 50 seconds left, Favre hits Roddy White for the game-winning touchdown and Super Bowl win No. 10. It's the cherry on top for Favre.

At the end of the championship parade, Favre announces, with a tear in his eye, that he's retiring.

Favre heads back to the farm in Mississippi, never to be heard from again. He's content being super dad, watching his kids grow up and spending his time tending to his land. Thanks to a trade, Atlanta ends up with the third pick in the draft and selects Matt Ryan, a wide-eyed rookie out of Boston College. Kid has a lot to live up to; hopefully he's up to the task.

So there you have it—history would have been radically different had Atlanta never traded Brett Favre. The Falcons would clearly have won 10 Super Bowls, and Favre would be remembered as the greatest quarterback in NFL history. It's shame how things turned out otherwise. 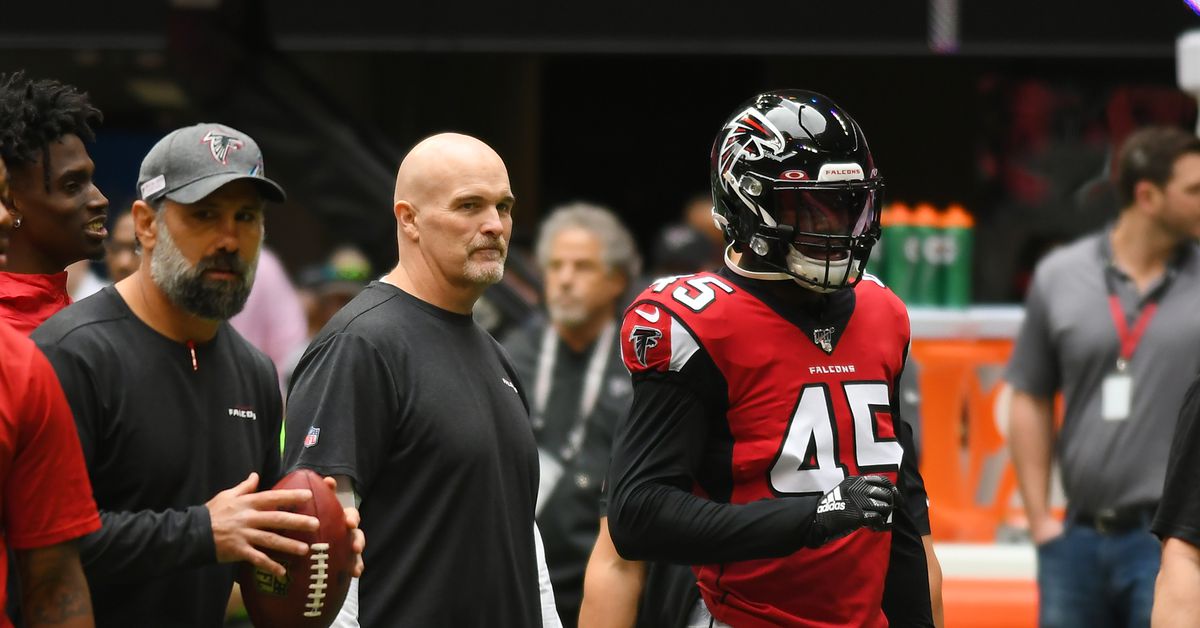 Dave Choate
via The Falcoholic