This column was inspired by the news that a certain member of the New York Rangers who wears No. 16 went to anger management and learned some kind of meditation technique. After A.M., Sean Avery was described as everything from a Zen robot to someone who played hockey with a Zen-like mind.

I don't know what a Zen robot is.

Many suffer from the misconception that meditation is difficult, complicated, mysterious, and takes a lot of time to master. Some meditation teachers and popular movies make it look that way.

Zen mediation is simple. Zen MEANS simple. There are many branches of Zen. I've followed the Zen Forest path. Forest Zen is the simplest.

Here's how to meditate, the Zen Forest way.

1. Breathe.
Focus on your breathing for a while. Just pay attention to your breath going in and out of your nose and lungs and body.

2. Count breaths
Count ten breaths, in and out, and start over. Repeat.

3. Anger Management
Q. Feel yourself getting angry, losing your cool, getting hot?
A. Breathe. Go to No. 1, above.

4. Sitting
On the team bench, or in the penalty box, you might have a minute or two to meditate. Instead of wasting energy by talking, yapping, or chirping, you ould meditate, focus, and get your head in the game.

5. Advanced
Sitting on the team bench, skate blades flat on the floor, hands n hockey gloves on lap, spine straight, focus on you breathing. Count ten breaths and then start over.

Note: Your thoughts will come and go. Watch them like watching TV or thegame. Don't engage with them Let them go. The goal is to clear your mind.

6. Qi Gong
While doing seated meditation, draw energy in. Imagine your legs and feet have roots that draw energy up and into your body. Release some of that energy, and your breath, when you take a slapshot, or execute any of the skills of your sport.

7. Skating Meditation
You can skate and meditate at the same time, sometimes. Skating to the face-off circle, waiting for the puck to drop, focus on your breath, clear your mind, as in No. 1.

8. Walking Meditation
Walking to the locker room, to the ice, to and from the team bus, slow down and focus on your breathing for a bit.

9. Before And After The Game
When you have more time, meditate for twenty minutes in the morning and the afternoon. Use the sitting, skating, or walking methods described above.

10. Sleeping Meditation.
Sleeping is not the same as meditation. Meditate as you fall asleep, when you wake up during the night, and in the morning.

Sleep on your right side, so  your heart is elevated. Put your right hand under your head and your left hand on your left hip. Focus on your breathing, clear your mind, and let your thoughts go.

Meditators and martial arts instructors will disagree about techniques and uses of meditation, but I believe all will agree meditation practice willdo for your mind what hockey practice does for your body.

I anticipate some Zen meditators saying it's just not right to mix sports, especially the most violent sport, with this technique. That's what happened at the Shaolin Temple and look where that led: to all the martial arts that have come out of the East.

Did you see the movie called Shaolin soccer? Shaolin hockey, anyone?

A Chris Kreider trade could have considerable Rangers fallout

A Chris Kreider trade could have considerable Rangers fallout 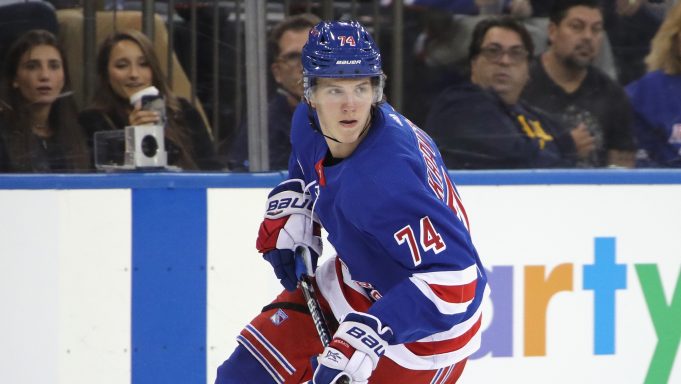