Then again, perhaps it isn’t the mainstay’s ineptitude as much as the newcomer’s aptitude. Head coach Kyle Whittingham said during spring ball that the Utes might have two of the quarterbacks in the "upper echelon" of the Pac-12.

In the Red-White spring game on April 20, Wilson threw for 210 yards and three touchdowns, completing 13-of-17 passes without an interception and directed five scoring drives in the first half before calling it a day. It marked arguably his best performance in a game structure since starting the last seven games of last season, demonstrating his strong arm, mobile abilities and serious athleticism to his 6'0" frame.

Coach Whittingham attested to as much, calling it as good a spring game as he could recall. Wilson also impressed particularly in two contests last fall—a Nov. 3 thrashing of Washington State (17-of-21, 171 yards, two touchdowns, one interception) and a Nov. 17 defeat against Arizona (28-of-40, 311 yards, two touchdowns, no interceptions), both at Rice-Eccles Stadium.

Schulz certainly was no slouch by any means, throwing for 245 yards and two scores himself. He was just 9-of-20 but had a 73-yard scoring strike. But it didn’t help him in his quest to unseat Wilson.

"I thought (Wilson) put some separation between himself and Adam today," Whittingham told the Salt Lake Tribune. "The competition to be the starter is by no means over. But it’s obvious that Travis has improved significantly from the end of the season to now."

"He certainly picked a good time to have his best performance of the spring," added Dennis Erickson, Utah’s new co-offensive coordinator and former NFL and Football Bowl Subdivision head coach.

With performances like those last season against the Cougars and Wildcats, Wilson indicated that he could be every bit the player he was to end spring practices. He lived up to the standard his coach has now set as one of the better players in his conference, if even their division.

Understanding the talent at quarterback in the division, Coach Whittingham must truly be high on Wilson to say that he is in that “upper echelon” of the Pac-12—even in the team's division. It may be a stretch to place him at the same level as Kelly or Hundley this season.

Wilson did go from average to pretty good in just a few weeks during the second half of last season, a marketed jump considering his first snap as a collegiate starter came in the Rose Bowl, in a 21-14 loss Oct. 13 at UCLA. But even in that contest, Wilson showed his ability to compete in the Pac-12, going 23-of-33 for 220 yards.

It’s not like Wilson doesn’t have the capacity to shine as brightly as anyone in the nation. After graduating early from San Clemente, California in 2011, Wilson was rated the 11th-best overall quarterback in the nation by Rivals.com and 17th by Scout.com, setting school career records for passing yards and total offense.

On the University of Utah campus, former star signal-caller Brian Johnson has literally just a few years on Wilson as the sophomore’s offensive coordinator. That’s why despite all the talk about Johnson being tutored in his role, perhaps no one more than Wilson can benefit from Erickson being on campus. Erickson has been the head coach at five Division I universities and two NFL teams. Three of his head coaching jobs were at Pac-12 schools.

He might just be the key to unlocking a division title run for Wilson and the Utes, knowing what it takes. He coached Washington State to its first bowl win since 1916. He took a depleted Oregon State to its first winning season in 29 years and followed with an 11-1 season in which he nearly got to the national championship game.

But Erickson’s record his last four years at Arizona State was 21-28—before getting fired. Meanwhile, last season’s Utes couldn’t bribe their way into the end zone. Their scoring offense ranked just 75th in FBS and 93rd rushing and 100th in passing yards.

Wilson’s potential already began to become more real late last season. Perhaps his offensive outburst in the first half of Utah’s spring game, despite weeks of practice in which he could never convince his head coach to at least say publicly that he had distanced himself from Schultz on the depth chart. And a veteran coach could jump-start him, too.

But this young man just turned 19 years old. He will be mentored by a man who, because he has coached nearly as many teams as Bill Russell has title rings, is a dinosaur. And he’s up against a couple of teams that boast formidable signal-callers, with perhaps a dark horse in Arizona.

Don’t pay heed to what Coach Whittingham has said about his signal-callers—yet. Let them play the game first. To be real contenders, Utah should already be able to tout a quarterback of its own whose immediate concern has been to stave off a walk-on.

Clemson Has a Plan to Replace Justyn Ross 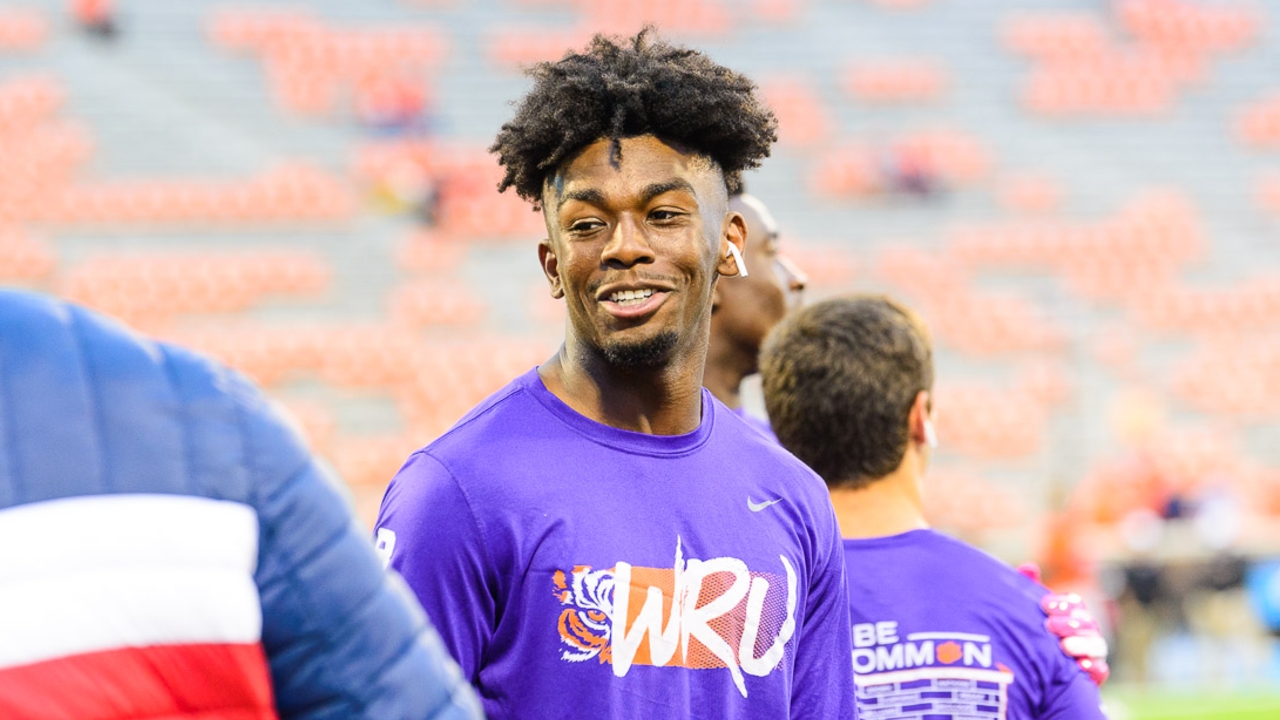 Clemson Has a Plan to Replace Justyn Ross