How do you explain a 2-2 team, banned from postseason play, having their fifth consecutive game covered on national TV?

Yes, this is a team that was out of the championship and bowl mix before the first snap of the season. This is a Big Ten team that lost to the MAC’s Ohio in Week 1 and a young, and now 2-2, Virginia team in Week 2.

Indeed, how do consecutive wins over a hapless 1-2 Navy team (in Week 3) and 1-2 Temple (in Week 4) guarantee a precious spot in the national spotlight?

Well the answer is “almost never,” unless of course you’re the unfortunate program that just suffered through the worst scandal in the history of American sports and subsequently ousted one of the most legendary coaches in the history of the game.

And the story doesn’t end there obviously because then you’ve got the coach sadly passing away, a sickening court trial involving a lauded coach sexually abusing young boys, NCAA sanctions, legal issues and questions regarding institutional control.

Beyond that there is the very legitimate line of questioning that begs us to review the importance placed on the college sport we love so passionately.

Along these same lines, what media outlet would continue to cover a team’s games, not based on the merit of their play, but because folks might be inclined to tune in to watch the aftermath of the biggest off-field debacle in history?

It’s a lot like slowing down on the interstate to rubberneck the graphic consequences of a major accident.

Penn State’s Week 1 game vs. Ohio was carried on ESPN’s flagship station at high noon and trumped other contests that featured ranked teams Georgia (vs. Buffalo) and Ohio State (vs. Miami of Ohio).

The Nittany Lions Week 2 game at Virginia was covered on ABC at 12 p.m. and received higher billing than Ohio State vs. UCF (covered on ESPN2) and Auburn vs. Mississippi State (ESPN).

Next, and keep in mind that now Penn State is 0-2 on the year, ABC (or ESPN2, depending on where you live) picked up the provocative PSU vs. Navy game at 3:30 p.m., a contest that was covered in conjunction with a much more competitive North Carolina and Louisville clash.

In this instance Virginia vs. Georgia Tech was relegated to ESPNU while Texas A&M vs. SMU and Clemson vs. FCS Furman were both nowhere to be found.

In Week 4 (PSU is now 1-2 on the season) ABC/ESPN2 paired up the less-than-likely combo of Penn State vs. Temple with a very competitive Oregon State vs. UCLA contest for its 3:30 p.m. time slot.

Games that missed the boat last week in favor of the Nittany Lions and Owls extravaganza were Georgia Tech vs. Miami (Fla.) and East Carolina vs. North Carolina.

Looking forward to Week 5, at noon Saturday ESPN will carry 2-2 Penn State at 2-2 Illinois—featuring an Illini team that is fresh off a 52-24 beat down at the hands of the WAC’s very own Louisiana Tech.

Games that you won’t see or will see on “lesser” partners are Arkansas at Texas A&M (on ESPN3 or Game Plan), Minnesota at Iowa (ESPN2) or NC State at Miami (Fla.) (ESPNU).

Does ESPN and parent company ABC hope people will watch Nittany Lions football and coverage of campus scenes involving statue-less alcoves so that they can bear witness to the demise of the once proud and mighty Penn State football program?

Are they celebrating how far and quickly the powerful can fall?

Will they argue, when (or if) questioned, that their coverage is meant to remind everybody of the terribleness of what happened at Penn State and that the subsequent repercussions are far from finished?

Or, are they simply taking advantage of a very bad situation that oozes with potential viewership based on rubberneck type curiosity?

To be frank, regardless of how you slice it, it’s exploiting a tragedy.

It’s making the most of a catastrophic situation and among the number of the “used” are the Penn State players and coaches who had nothing to do with what brought their program to its knees.

By over saturating the market with coverage of a young football team that is not a contender, a team that more than likely wouldn’t be on TV otherwise, ABC/ESPN is basically reminding all of us of the debacle by featuring their games nationally.

They are using the fresh faces of players that had absolutely nothing to do with what happened to remind us of what happened.

You have to ask yourself this: does a college football team that is tied for last place in its division playing underwhelming opponents justify full network coverage?

And next you have to ask yourself: then why in the world are they being featured on national television?

Though the lines are far from clearly drawn, is this yet another example of college football, and its associated financial potential, being more important than what is right?

Greg Schiano on why he left and returned to Rutgers, the part of his past that kept him from the Tennessee job, more 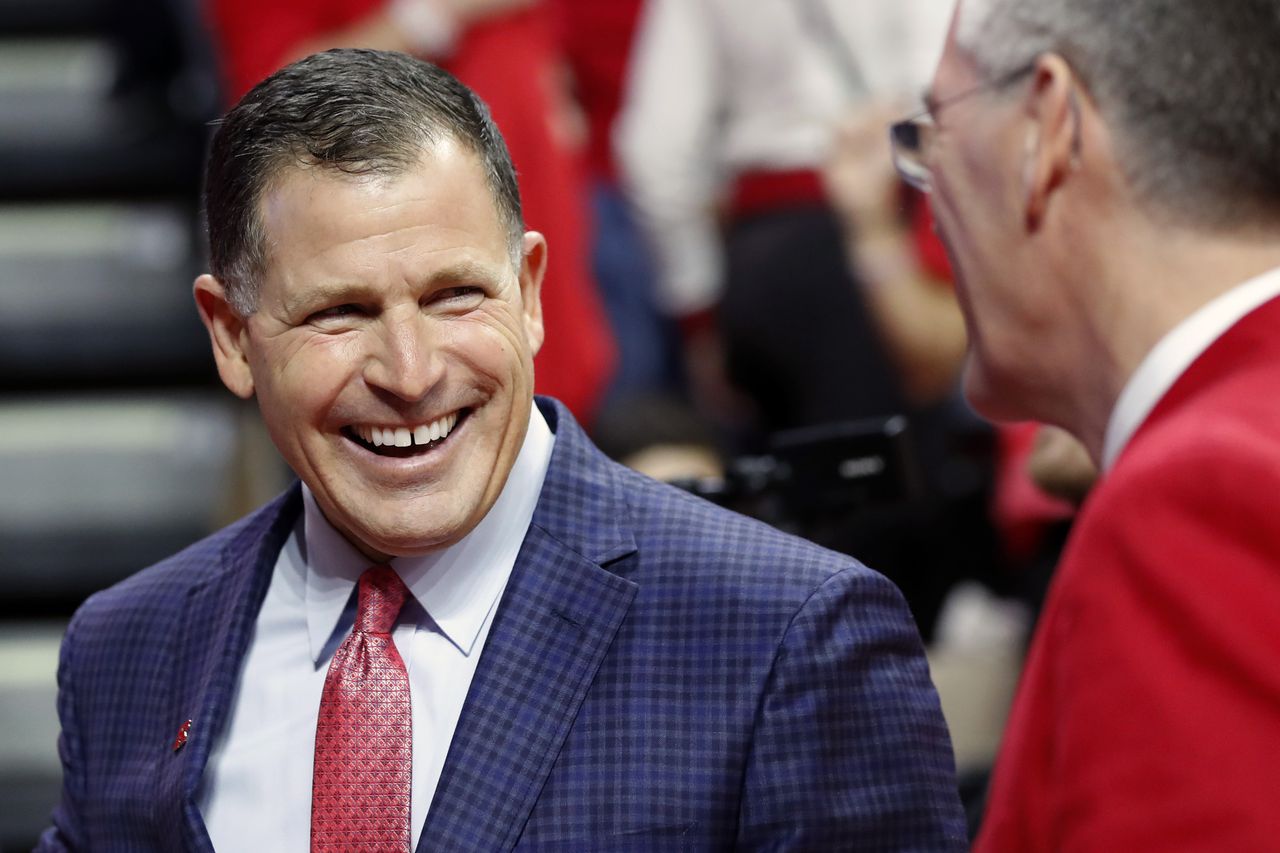 Greg Schiano on why he left and returned to Rutgers, the part of his past that kept him from the Tennessee job, more