"All that is necessary for the triumph of evil is that good men do nothing." (Edmund Burke)

No matter what I read or who I talk to about the Penn State scandal, my mind keeps coming back to Edmund Burke's famous words. Historically, Burke is famous for supporting the American Revolution, or at least the cause behind it, and later opposing the French Revolution.

None of that is too relevant for this article, but those words above do summarize this horrible, evil series of events going on with Sandusky, Paterno and the rest of those creatures. I won't even acknowledge them as human beings because I can't imagine how any human being would do something like that to a helpless kid.

By the way, if you're reading this and are unfamiliar with the controversy surrounding Penn State, please stop reading and go look it up. It's not too hard to spend a few minutes typing "Penn State," "Sandusky" or "Paterno" into Google and obtaining a bit of information to help grasp what this topic is about. Honestly, if you do live under a rock and somehow haven't heard anything about this issue yet, just move on. You're probably better off not reading about what these people did. It'll just make you realize that we, as humans, are the most backward animals around.

Okay, with all that said, let me start by mentioning that Penn State got what they deserved. At first, I wasn't sure if it was fair to penalize players and faculty who had nothing to do with what happened years ago. They never hurt kids, or even knew about what had been going on, so is it really justifiable to make them suffer?

Yes. Yes, because the victims never had a choice. The victims are scarred for life. While little kids were being taken advantage of, people who had the knowledge and power to do something, didn't. They looked the other way just so their football program could keep moving forward. That's despicable, and I want their entire program to suffer.

A part of me does sympathize with the current athletes, guys who worked hard in high school to get into the program and are now being punished. It's a tough situation, but it's not like they can't keep playing football. Just go out there, play hard and if you're good enough, you'll get noticed.

I'm sure I'd be pissed if I was in their situation, but it's a much better situation to be in that what those children faced with Sandusky. Plus, I don’t get why the Penn State fans are upset about vacating the wins. Pretending things didn’t happen is a classic Penn State strategy.

I'll do my best to organize my thoughts as well as possible. As you can probably tell already, this issue really, really bothers me. They deserve much worse than just getting sent to jail for what they did to dozens of kids.

After reading the Freeh Report, it's pretty obvious that Paterno messed up. He set up an environment just asking for trouble. According to the Freeh report, the “University’s Athletic Department was permitted to become a close community” and “the Athletic Department was perceived by many in the Penn State community as ‘an island’ where staff members lived by their own rules.”

Sounds like Ralph, Piggy, Jack, Simon and the whole Lord of the Flies gang are hanging out. Culture and lifestyle take years to set in and there's one thing we know about Penn State: The one constant over decades had been the head football coach.

It was that culture, one instilled upon others by Paterno, that put winning football games higher on the priority list than the well-being of another human being. A janitor actually compared what he saw in the athletic facility shower room to the terrors he witnessed in Vietnam. But guess what? He was also so scared of losing his job that he didn't report it. We should all be proud to live in a society that scares people into doing the wrong thing. Well done, everybody.

Paterno admitted that he didn't exactly know what to do when he initially found out about Sandusky's actions, and as a result passed the info along the chain of command. Did he follow up at any point? Nope. Did he sit down with Sandusky, man to man, and let him know to stop or he'd be fired? Nope.

Sandusky was even told not to bring children to Penn State facilities after some time, but later the school decided that nothing could be done to prevent him from doing this. His key to the facilities wasn’t taken.  Nothing was done to stop him from hurting more people.

According to the Freeh Report, it was after talking to Paterno that reporting the incident to the department of child welfare was dropped from the planned course of action. C'mon, man! Paterno, along with the rest of the program and school, just looked the other way, secretly hoping someone else would step up and do something. No one did, and the number of victims continued to increase year after year.

Those kids that Sandusky hurt ... they waited for someone to protect them. Rather, they hoped that someone would come to their rescue. At that age, there's not much they can really do other than cry or curl up in a corner. So, that's exactly what they did. They waited and hoped that an adult would intervene and let the world know that those kids were worth saving. That it was even worth losing their job at the school to make sure the right thing was done.

Those victims needed someone to let them know that they had done nothing wrong to deserve any of this, and to pick them up and help heal their wounds. They needed someone to tell them it was all going to be okay. But no one did.

Eventually, over time, those victims had convinced themselves that somehow it was their fault. Children, who had no idea what was going on and no power to do anything about it, began believing that there was something wrong with them, and not the abuser. That's a damn shame.

I understand that Paterno did a lot of good for the school and many feel that those merits shouldn't be completely negated by this one wrong deed. But ... he turned a blind eye while kids were being abused! Are you really that much of a sports fanatic that wins and losses take precedent over someone's safety?

There are people that will say the sport they love is "like life and death" for them. What Sandusky did, and what all these other people let him do, was actually life and death for those victims.

When I hear people talk bout Penn State and what went down, I can't ignore that what happened there is probably happening elsewhere. This ordeal wasn't really about a football program doing the wrong thing to protect their reputation, but is an example that tells us we are all capable of looking the other way simply because it's easier to do so. Even when we witness or hear about the most unfathomable forms of abuse, trying to ignore it is easier than stepping in and taking action.

I was hoping the school would keep up Paterno's statue. By taking it down, it's a way to hide something we need to look at. We need it up there to remind us that something horrible happened, and similar things could still be happening anywhere. We're not the best at protecting one another from atrocities like this, and the statue would have been a daily reminder that even the most influential of people can choose self-interest over anything.

I understand Penn State students, alumni and supporters sticking to their "We are Penn State" motto. Most of them had nothing to do with what happened back then and have every right to stand strong together. I just would like them to acknowledge how those victims felt back then, and continue to feel, and accept that although they might be Penn State, we are all human beings.

We don't want to imagine doing the same thing Paterno did, allowing for this type of stuff to keep happening, but just facing that realization might be the most important lesson from all this. The abuser is the number one culprit in all this, no doubt about that, but we need to understand that those who choose to ignore that abuse inflict damage as well. We all have to be better at risking whatever must be risked to provide some comfort and solace to those around us.

All that was necessary for Sandusky to triumph was for a good man, like Paterno, to do nothing.

Steel-High’s Mehki Flowers picks up an offer from Pitt 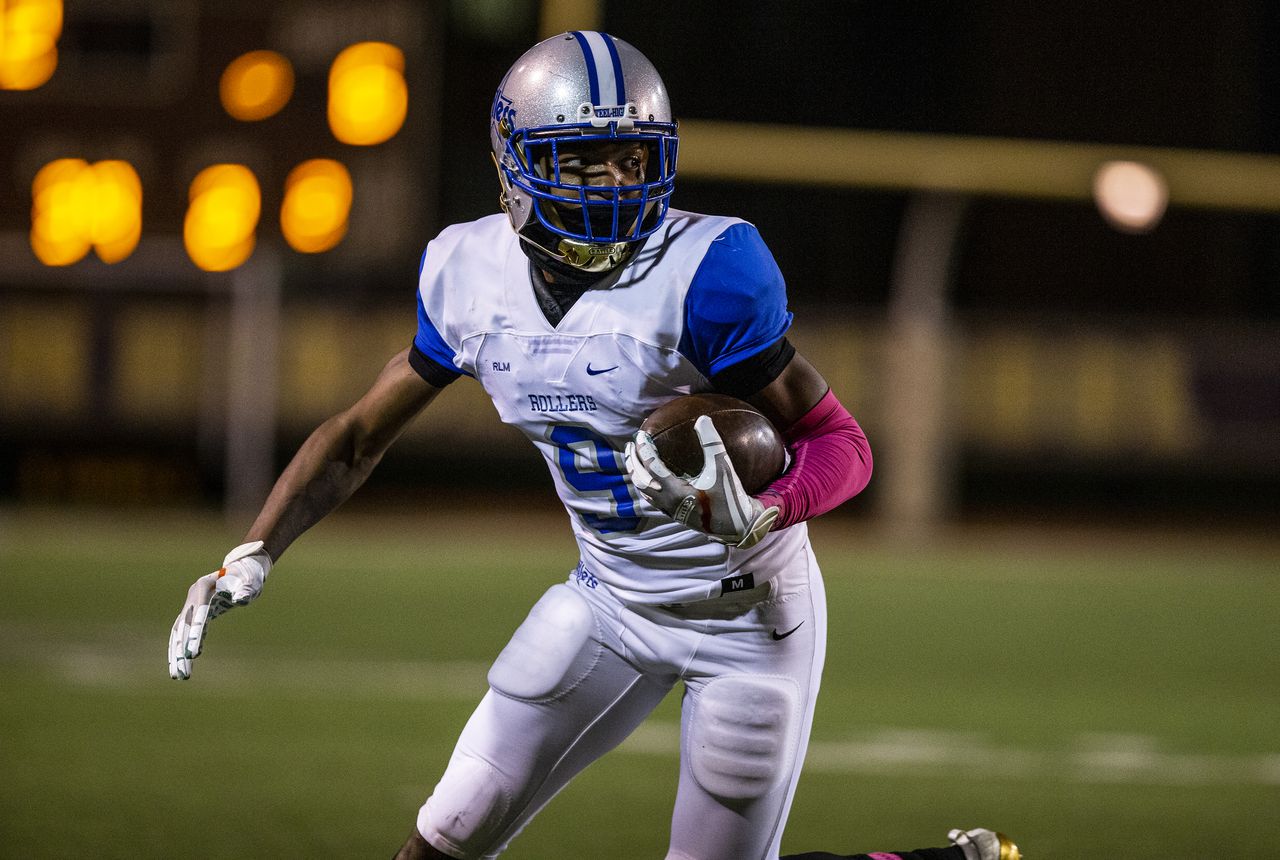 Steel-High’s Mehki Flowers picks up an offer from Pitt 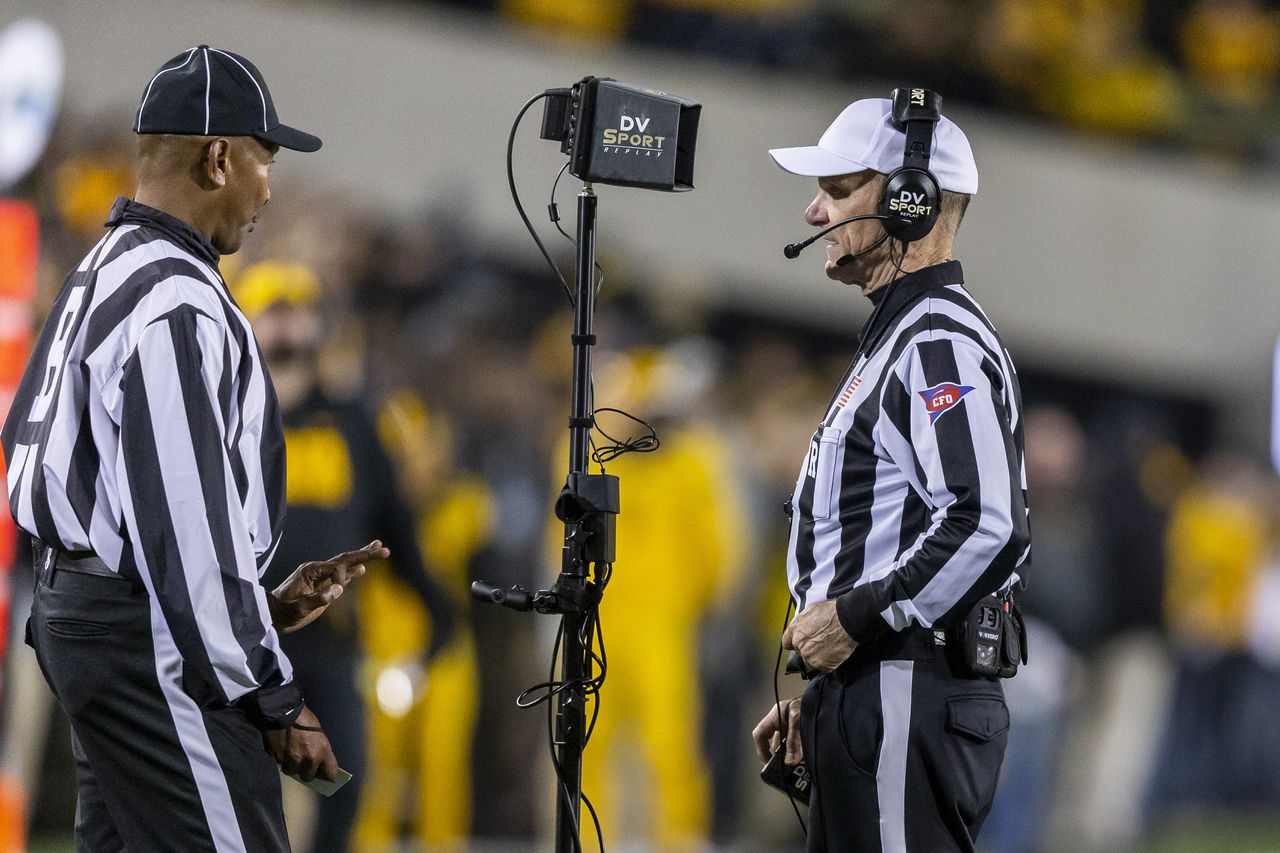