When Georgia's incoming senior running back Richard Samuel entered Athens for the 2008 season, he was considered one of the top prospects in Mark Richt's recruiting class.

Samuel did play some in 2008, but his playing time was limited because of the presence of one of the greatest tailbacks in Georgia's rich history in Knowshon Moreno.

However, following Moreno's early exit as a junior, Samuel was the next in line at tailback for the Bulldogs. At least it seemed so when he started in the 2009 opener against Oklahoma State.

In the first drive of that game, Samuel dominated the Cowboys' defense and helped Georgia score a touchdown on its first possession of a season that would end in a sub-par 8-5 record.

With the fall of the program, went the fall of Samuel's leverage as the top runner in Georgia's tailback depth. Redshirt freshman Caleb King and true freshman Washaun Ealey showcased stellar talent and eventually became the one-two punch at tailback for Georgia by the end of the year.

The Bulldogs entered 2010 with the same tandem atop the backfield depth. So, heading into the 2010 season, Richard Samuel and coaches decided a move to linebacker would be best.

Georgia needed depth at the linebacker position, so Samuel gladly moved over and left the backfield to King and Ealey.

Once 5-star recruit Isaiah Crowell committed to Georgia (from Rivals), it appeared that Samuel's chances of being a top tailback were gone. And, it also appeared he wasn't going to see much playing time at all at linebacker.

Before the 2011 season began, arguments about who should start at tailback were going in all sorts of directions. Some wanted King. Some wanted Ealey. Most wanted Crowell.

That all changed pretty quickly.

Within an offseason, Washaun Ealey and Caleb King would be dismissed from Georgia's football team. Ealey, the all-time leading rusher in Georgia High School Association history, went to Jacksonville State to play for the Gamecocks.

King, one of Georgia's top tailback recruits in years, went into the NFL Supplemental Draft and was selected by the Minnesota Vikings.

The door opened for Crowell to take over. Crowell was one of the most hyped recruits in recent memory—considered by most scouting services as the top running back in high school football.

Samuel then moved back into the running back rotation to make up for lost depth, but not a soul in Athens was chanting his name.

Fans called for Crowell, and eventually Georgia lost him too.

After a dramatic freshman year that saw Crowell earn All-SEC Freshman of the Year while simultaneously nursing a nagging ankle injury and absorbing boos from fans, Crowell was recently arrested under a felony gun charge.

To no surprise, the seemingly cocky, star-studded tailback was promptly dismissed from Georgia's football team.

In just two years, Georgia has seen three top tailbacks go by the wayside because of disciplinary issues.

Heading into this fall, before Crowell's arrest, it appeared that the tailback depth would be Crowell, Ken "Boo" Malcome, and freshmen Keith Marshall and Todd Gurley.

Because of this, Samuel was projected to be Georgia's starting fullback, which would work with his 6'2", 234 lb. frame.

The tailback position appeared to be a dual threat of Crowell and Marshall.

Now, most Georgia fans have already said good riddance and accepted Marshall, considered by ESPN to be the second-best running back in this year's class, as the heir apparent.

Marshall appears to be the antithesis to the drama and chaos that has taunted Georgia's program, more notably Richt, in the past few seasons.

The true freshman from North Carolina outran Georgia's star receiver Malcolm Mitchell in a footrace, while also having a high school GPA that looked more like a track star's 40-time (4.2 GPA).

It appears unlikely that Marshall will be a hindrance to the backfield. But, should he be declared Georgia's starter this year with Samuel entering his final season as a Bulldog?

While Marshall and teammate/high school friend Todd Gurley will surely make for a nice backfield in the coming years, Georgia's past should indicate to Richt that Samuel might be the most deserving player on this football team.

While the big headed tailbacks were shuffling through starting roles and suspensions, Samuel always stayed out of trouble, focused on team success and constantly moved positions to help the football team.

Now, one of Georgia's biggest needs is experience at tailback. In a time where five-star recruits have failed Georgia's backfield so often, why not give Samuel the nod based on his efforts?

After all, it was Samuel who had one of the biggest games in Georgia's magical 10-game winning streak in 2011.

It was Samuel that took over against Florida; pounding forward, breaking tackles and giving that extra physical effort that Georgia's running backs had seemingly lacked for years.

Unfortunately, Samuel broke his ankle on the last play against Florida, but it was he that led the Bulldogs in the final quarter against the Gators in a dramatic 24-20 win.

Georgia fans marveled over Samuel's fourth quarter performance against Florida, only to not see him for the rest of the year.

After all that has happened, how can Georgia fans, coaches and players not want to see him tote the rock this year?

Sure, Marshall, Gurley and Malcome will get their carries. But, until No. 22 leaves Athens, he should be the top Dawg in Georgia's backfield. 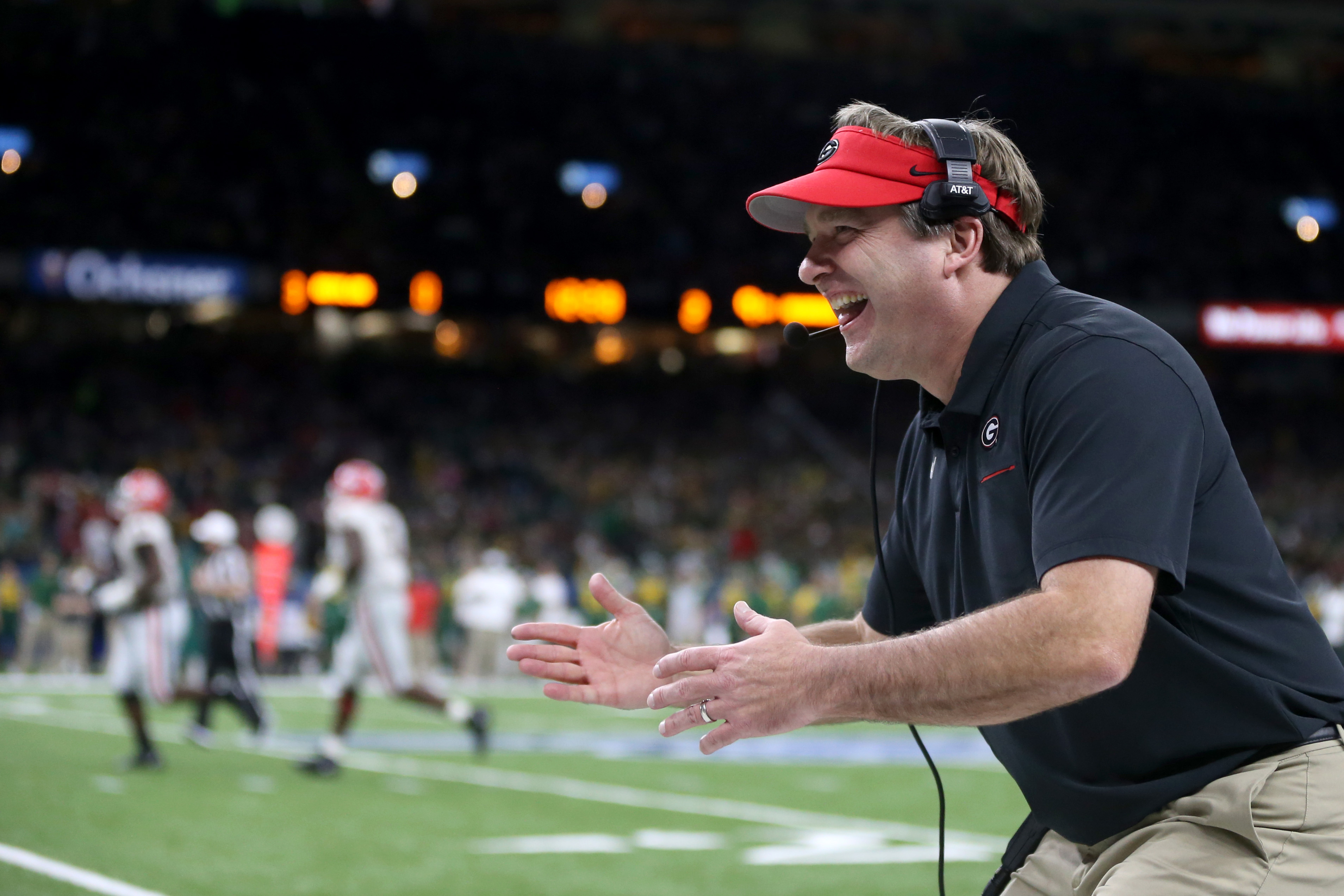